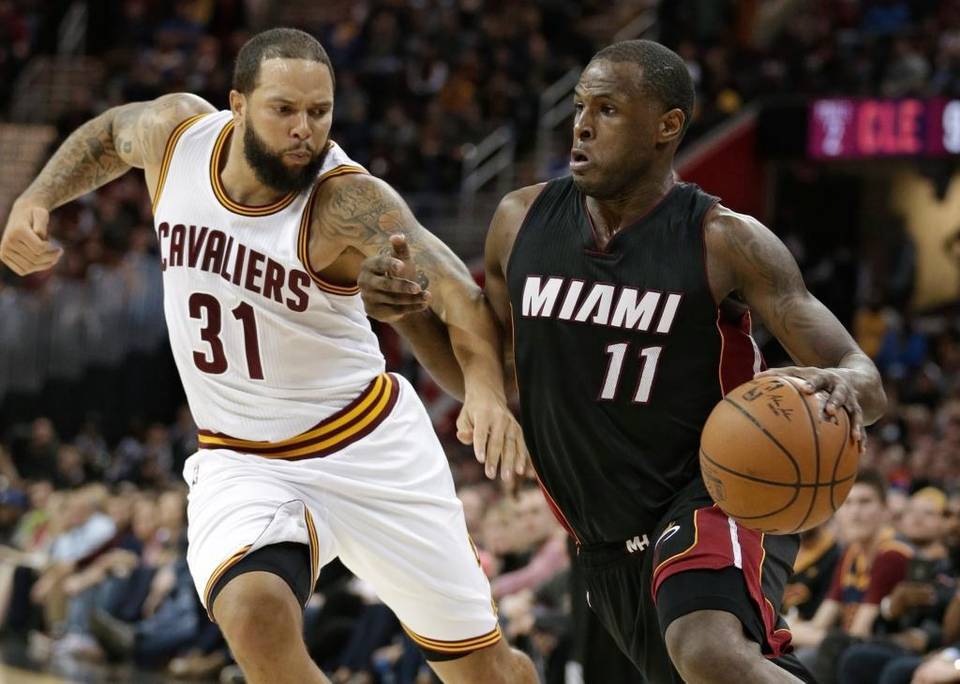 After back-to-back losses to the Atlanta Hawks, the Cavaliers are once again tied with the Boston Celtics. With the tie-breaker already clinched, the Cavaliers just have to match the Celtics’ record over these final two games to make it out with the first seed. The Miami Heat, however, are still battling to get into the playoffs. With a 39-41 record, they are tied with the 8th seed Chicago Bulls, who have possession of the tie-breaker between them. With this additional motivation, and with the Cavaliers missing three of their five starters, the Heat will most likely come out of the gate with energy. Most recently, the Heat toppled the Washington Wizards 106-103.

This season, the Cavaliers have faced off three times against the Heat, with the Cavaliers only winning the first. On December 9th, Kevin Love dropped 28 points in the route to a 114-84 victory which saw Derrick Williams lead the Heat in scoring with just 17. On March 4th, without Kyrie Irving and LeBron James, Channing Frye’s 21 points on 75.0% shooting  weren’t enough to match Goran Dragic’s 23 points or Hassan Whiteside’s 20 points and 13 rebounds, as the Heat won 120-92. Most recently, on March 6th, Dion Waiters’ 29 points helped lead the Heat over Irvings’ 32 points and LeBron’s 30 points and 17 rebounds on the way to a 106-98 Miami victory. When facing the Miami Heat on the road, the Cavaliers have lost 12 straight.

As a team, the Heat have been solid with interior defensive. They average the third most blocks per game with 5.8 and have held their opponents to the second lowest field goal percentage when in the restricted area (56.9%). In addition, they have held teams to the fifth lowest three point percentage. In total, they have the fifth best Defensive Rating – allowing just 104.0 points per 100 possessions. Offensively, they often look to push inside, with a second-most 35.0 drives per game. As a result, 57.2% of their two-point shots come unassisted – third largest percentage in the league. In contrast, when shooting from beyond the arc, 89.0% are assisted – second largest percentage. 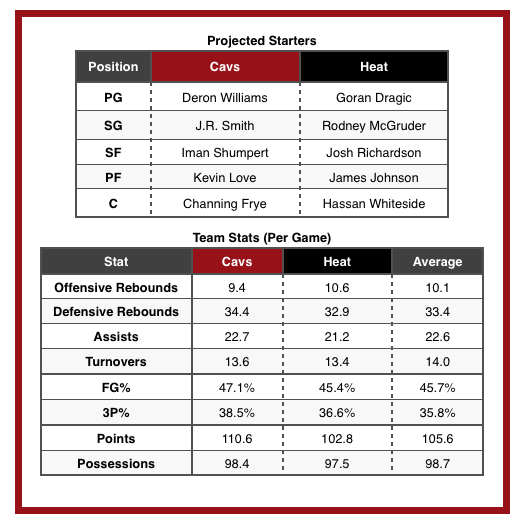 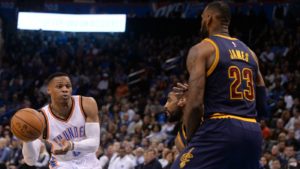