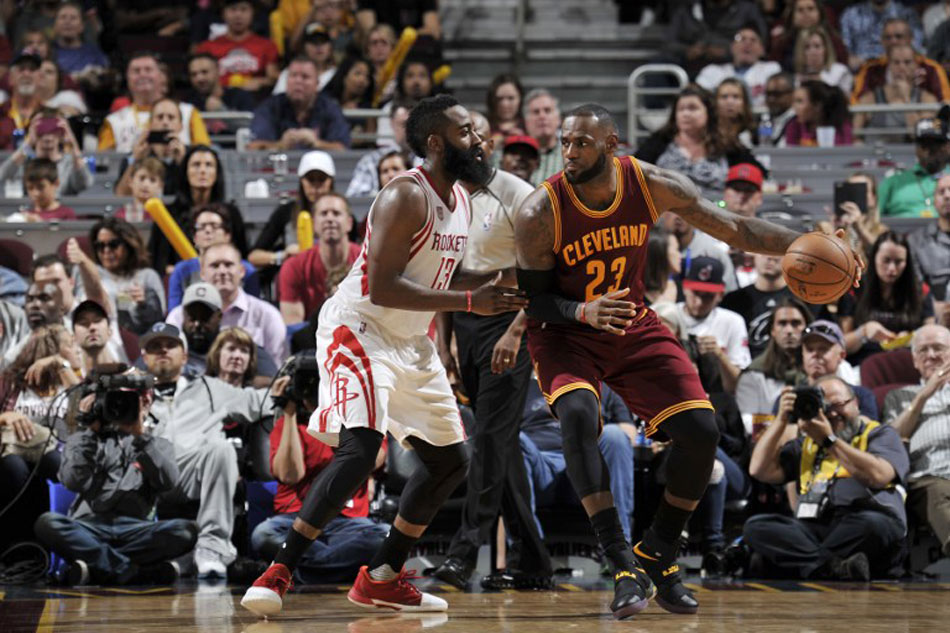 Cavs-Rockets has not disappointed. With arguably the top two three-point shooting teams in NBA History (Yes, ask Jalen Rose), the stars of this Sunday night showdown have shown up. Between the first and second quarter, however, it’s been a tale of contrast.

With just eight points in the paint, Houston scorched Cleveland with seven first quarter triples. The tide turned in the second quarter, as Houston doubled their points in the paint but only knocked down two more triples. The Cavaliers entered the second quarter having only made two threes, but with the help of Richard Jefferson, they matched Houston’s halftime total of nine.

The all-time record for threes in a game is 37. 26 after 3 quarters in #CavsRockets

Houston has only taken one midrange field goal, and it was a miss. All shots are on the perimeter or in the paint, two areas Houston ranks top 10 in the league in offensively. For Cleveland, this means forcing the Rockets to take shots they’re not comfortable. And while it’s next to impossible to stop James Harden from getting to the paint or taking threes, the Cavs found answers in their defensive approach in the 2nd quarter.

With a more facilitative role, Irving assisted five triples. With a more aggressive approach, James found easy baskets in the rim and after going cold beyond the arc. The Cavs went on a 20-6 run in the middle of the second quarter, and since then have traded runs with Rockets to sustain the lead. Continued rotation on shooters and James Harden’s dribble penetration will be key in holding onto this lead. In addition, offensive rebounds have been issue, with the Rockets grabbing 10 before the fourth quarter.

UPCOMING MILESTONES:  With two more blocks, Tristan Thompson will have blocked the 9th most shots in franchise history while passing Jim Brewer; he also continues his record streak of 434 game in row played, another franchise record. LeBron James needs 26 more made baskets to pass Tim Duncan for 13th most field goals in NBA history.

After the Cavaliers snapped their three game losing streak with a 116-104 win against the Orlando Magic yesterday, the Wine-and-Gold head out to Houston to face the Rockets. The Rockets are 45-21 this season – a better record than the Cavaliers – and are third in the Western Conference. The Rockets are coming off of a 115-94 win on Friday against the Chicago Bulls. Fatigue will play a significant factor for the Cavaliers, as this will be the final game of a back-to-back for them.

This will be the final of two regular season matchup between the two teams, with the Cavaliers winning 128-120 on November 1st in a battle of point guards. Kyrie Irving dropped 32 points of 52.6% shooting, while James Harden scored an impressive 41 points on 65.0% shooting. Harden also added seven rebounds and 15 assists while only giving up one turnover. With Harden being a serious contender for MVP this year, the Cavaliers focus has to be on slowing down his scoring and his ability to move the ball.

As a team, the Rockets lead the NBA in three pointers per game, taking a full 7.3 more three attempts per game than the Cavaliers’ second most 33.8 per game. However, despite their reliance on the three ball, they have just the 15th best three point percentage, leaving the Cavaliers with an opportunity to slow them down with tight wing defense. With their focus on either easy baskets inside or high-value three pointers, they have cut out the mid-range shot from their offense, as they score a league-least 4.7% of their points there. This season, they have been elite at drawing shooting fouls – they shot a league-most 26.2 free throws per game. On defense, they’ve limited their opponents to the seventh lowest three point percentages and have averaged the sixth most steals per game. The Cavaliers focus needs to be to look inside if their shots from distance aren’t there, as the Rockets give up the largest opponent field goal percentages within five feet of the basket.

Tipoff is set for 9:00 EST and will be broadcast on FOX Sports Ohio and ESPN. 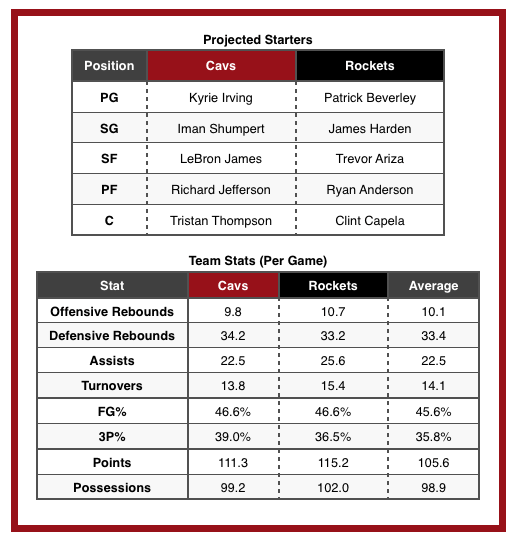 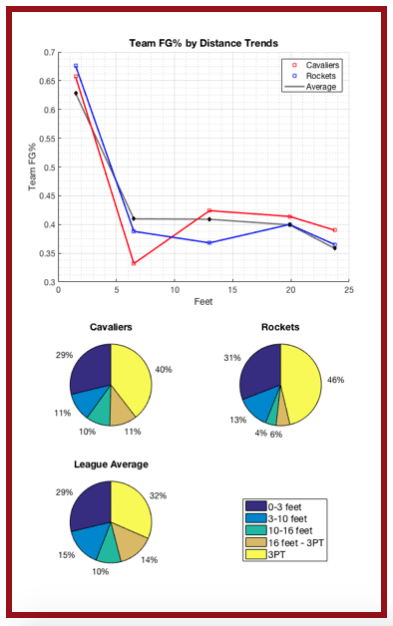 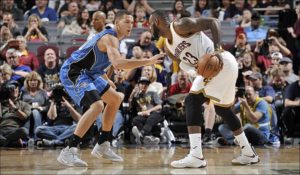 JUST IN: Clutch Feed: Kyrie Irving looks to make history and get the Cavs back on track
Related TopicsCavsRockets