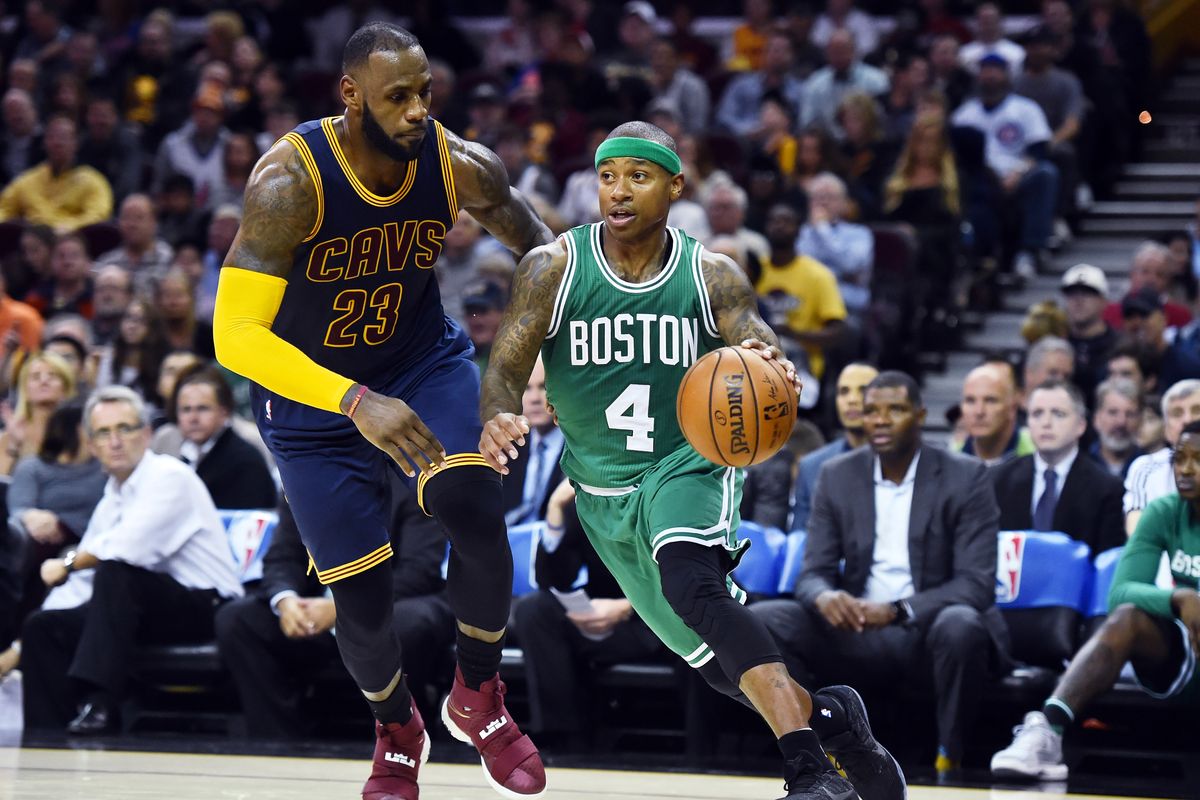 STARTING LINEUP CHANGE: Tristan Thompson will miss the next two games with a sprained thumb, ending his streak of 447 straight games – previously the longest active in the league. Channing Frye is projected to start in his place.

UPCOMING MILESTONES: With one more assist, Iman Shumpert notches 700 in his career. Kyrie Irving needs 22 more field goals to hit 3,000 in his career, becoming the 8th player in franchise history to do so. LeBron James needs 8 more steals to claim 19th most in NBA history, passing Paul Pierce

With the season swiftly closing, the top seed in the Eastern Conference is still up for grabs. Both the Cleveland Cavaliers and the Boston Celtics currently sit at 50-27, tied for first place in the East. If both teams end up with the same record, the tie-breaker first defers to head-to-head record, which the Cavaliers currently lead 2-1. However, if they lose tonight, the tie-breaker goes to conference record, which would once again be tied in the event of a Cavaliers’ loss tonight. In any event, a win tonight would be all the Cavaliers need to be able to secure the first seed if both teams still end up tied by the end of the season. While the Cavaliers have currently mustered a three game winning streak, they have only won five of their last ten. The Celtics, on the other hand, have won eight of their last ten. Most recently, they beat the New York Knicks 110-94 on Sunday. With two off days in between, the Celtics will be well rested, unlike the Cavaliers who are completing the final game of a back-to-back after winning 122-102 against the Orlando Magic last night.

On November 3rd, LeBron James dropped 30 points and 12 assists to counter Isaiah Thomas’ 30 points as the Cavaliers went on to a 128-122 win, despite the Celtics outscoring the Wine-and-Gold by 11 points in the fourth quarter. On December 29th, Kyrie Irving scored 32 points on 70.6% shooting in route to a 124-118 win. Once again, the Celtics outscored the Cavaliers in the fourth quarter by double digits (12 points), while Isaiah Thomas managed 31 points in the game. Most recently, on March 1st, the Cavaliers fell 103-99 despite Kyrie Irving scoring 28 points and LeBron adding 28 points, 13 rebounds, and 10 assists, with Thomas once again netting 31 for the Celtics.

As a team, the Celtics rely heaving on ball movement, averaging a fourth-best 25.0 assists per game while making an average of 325.7 passes per game – second in the NBA. With the third most three point attempts per game, they score 33.2% of their points from beyond the arc. As a result, perimeter defense becomes rather important to slow down the Celtics, especially since they already shoot only the 14th best three point percentage. As a result of their ball movement, the Celtics often create catch-and-shoot opportunities, which they use to score 30.2 points per game. Defensively, the Celtics have held their opponents to 0.5% worse shooting from the field. Most notably, they have had the second best defense against three point shots this season – they hold teams 2.3% below their season averages on threes. If the Cavaliers can’t break down their defensive rotations, their shots from distance might not be as easy to come by tonight.

Tipoff is set for 8:00 EST and will be broadcast on FOX Sports Ohio and ESPN. 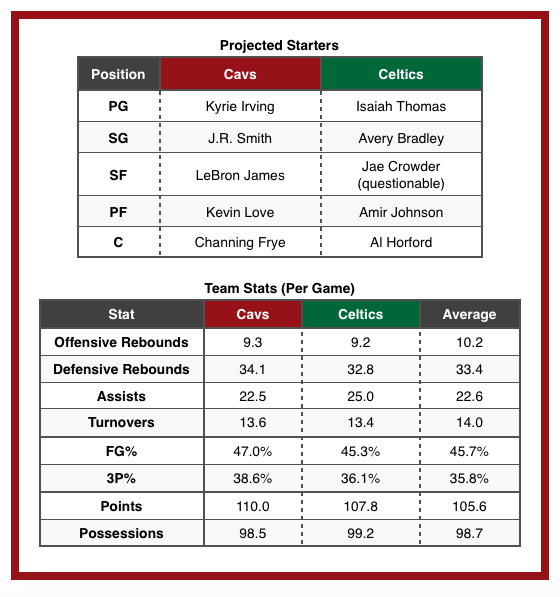 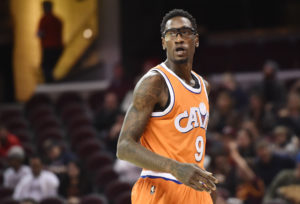