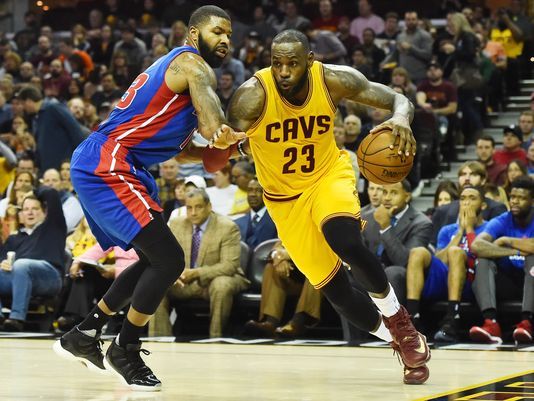 After an intense, yet disappointing, 112-117 loss against the Houston Rockets, the Cavaliers head back to a snowy Cleveland to welcome the visiting Detroit Pistons. While losing five of their last seven games, the Wine-and-Gold fell to Pistons just five days ago, in a 101-106 contest. So far this season, the Pistons sit with a dead-even record of 33-33 – good enough for the seventh seed in the Eastern Conference. While the Cavaliers are nursing a one game losing streak, the Pistons come into tonight’s match after winning their last two, including a 112-92 win against the New York Knicks on Saturday.

Tonight will make the final of four games played between these two teams this regular season. In the first matchup – on November 18th – the Cavaliers were led by Kyrie Irving’s 25 points to a 104-81 win. Without LeBron James on December 26th, the Cavaliers fell 90-106.  This time, the Cavaliers had five players in double digits, but on the other end, Tobias Harris scored 21 and Andre Drummond pulled down 17 rebounds. On March 9th, the Cavaliers 106-101 despite entering the fourth quarter with a 80-73 lead and LeBron James putting up a 29 point, 14 rebound, 10 assist triple double. Reggie Jackson and Andre Drummond did the most damage against the Cavaliers, with Jackson scoring 21 points and Drummond adding 20 more on 71.4% shooting and pulling down 16 rebounds.

As a team, the Pistons have been elite at rebounding – averaging 45.0 per game. On March 9th, Tristan Thompson was only able to secure four rebounds in 25 minutes of play, which needs to improve tonight to minimize second chance opportunities, extra possessions, and transition offense. The Pistons utilize mid-range shots often, making 20.8% of their points there – the most in the league. In addition, pull-up shots account for 23.7 points per game for Detroit. While they’ve been slightly above average in terms of defending three point shot – holding their opponents to 0.1% below their season averages – the Cavaliers were only able to manage 28.2% shooting from beyond the arc against them on March 9th. If the Cavaliers are going to attempt 39 shots from deep like they did last time, they need to be shooting them at a better percentage as a team in order to win, especially with Kyle Korver still out.

Key players to watch for on the Pistons will be Tobias Harris (averaging 16.4 points per game), Reggie Jackson (averaging 15.1 points and 5.4 assists per game), and Andre Drummond (averaging 14.9 points and 13.9 rebounds [second in the league] per game).
Tipoff is set for 7:00 EST and will be broadcast on FOX Sports Ohio and NBATV. 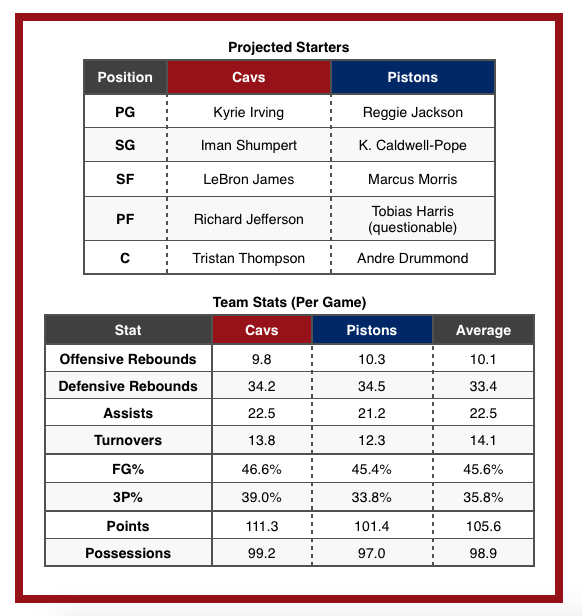 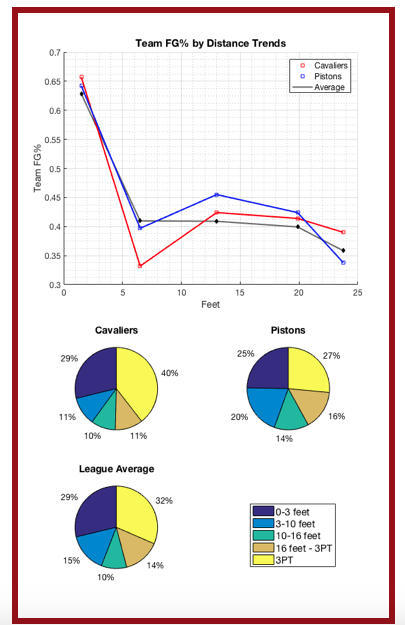 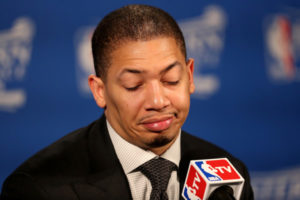 JUST IN: Tyronn Lue thinks Cavs' struggles are caused by not focusing on the basics
Related Topics