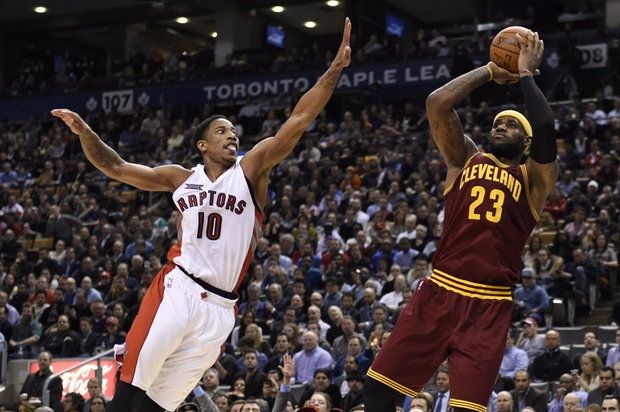 UPCOMING MILESTONES: LeBron James is just 25 points (something he’s done in 64.6% of the time in the regular season and playoffs) away from scoring the 2nd most in league history – trailing Kareem Abdul-Jabbar – and 14 field goals away from making the 3rd most – just behind Shaquille O’Neal. He is also two three-pointers away from netting 300 in his playoff career and becoming the 4th player in NBA history to do so.

With Game 1 out of the way, the Cavaliers continue their perfect record in the Eastern Conference Playoffs this year, and take a 1-0 lead over the 3rd seed Toronto Raptors. With one last game at home before heading north to Toronto, the Wine-and-Gold have the chance to continue their current streak and double up their lead. Since 2015, the Cavaliers have won 29 of their 33 total playoff games in the Eastern Conference, with just one of those losses coming at home.

In Game 1, LeBron James took control offensively – scoring 35 points on 56.5% shooting. Despite his poor free throw performances as of late, LeBron managed to go 7 of 8 from the line. For the Raptors, the ball ran through Kyle Lowry – who touched the ball 86 times (30 more than the next Raptor, and second only to LeBron James’ 89) and completed 68 passes (most on any team). Lowry’s 20 points and DeMar DeRozan’s 19 points weren’t enough to swing the tide of the game, especially since the Raptors were outscored by 13 when Lowry was on the court and a game-worst 32 points when DeMar DeRozan was in. While the Cavaliers seemed to have a fair grasp on the game – despite a near comeback in the second quarter that saw the lead cut to just 2 points – three Cleveland players were outscored by double digits while on the court – Iman Shumpert (-16 in 17:32 minutes), Deron Williams (-18 in 17:30 minutes), and Channing Frye (-19 in 12:21 minutes).

With 24 made free throws, the Cavaliers scored 20.7% of their total points from the line alone, mainly as a result of being the third best team at drawing fouls with 22.6 per game in the playoffs this year. As a team, the Cavaliers had more assists (26 to 22) and more rebound (46 to 43), while also shooting better from the field and from beyond the three point line. After Game One, however, the Raptors will have an opportunity to adjust and adapt to Cleveland’s style of playoff basketball, so Game Two most likely won’t be as easy.

Three keys for Game Two will be: (1) continue to push the ball in transition. The Cavaliers scored over 17% of their points off of fast break, including 10 of LeBron James’ 35 points. (2) Continue to let the starting five for the Cavaliers dictate the pace from the beginning. All five starters had double-digit Net Ratings (score differential per 100 possessions while on the court), with Kyrie Irving (42.2) and Kevin Love (41.0) leading the way. (3) Keep driving and drawing fouls. In addition to getting three key Raptors players in possible foul trouble with four fouls (Kyle Lowry, DeMar DeRozan, and Norman Powell), the Cavaliers outscored the Raptors by seven points off of free throws (24 to 17).

Tipoff is set for 7:00 EST and will be broadcast on TNT. 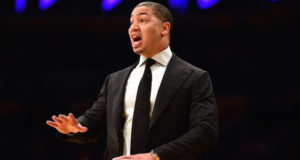