Cleveland’s Guard Duo Will Be Rivals Next Summer 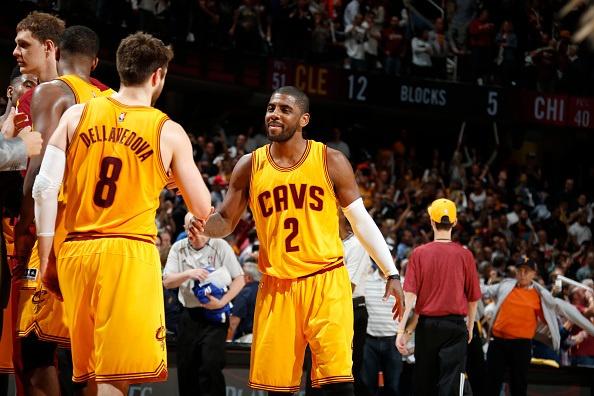 The Cleveland Cavaliers have a pretty solid string of point guards. In Kyrie Irving, they have the stalwart scorer and ball handler who has unlimited range. In Matthew Dellavedova, they have the witty and defensive-minded guard who has that never-say-die mentality.

In the 2016 Olympics that will take place in Rio de Janeiro, Brazil, the two guards will be going head-to-head for the Gold Medal. On Tuesday, the Australian National Team defeated New Zealand 89-79 to win the three-game series 2-0 and secure their spot in the 2016 Olympics.

Matthew Dellavedova scored 14 points to go along with five assists, and two steals. Dellavedova’s fellow Aussies in Andrew Bogut, who put up 10 points, 10 rebounds, as well as three blocks, and Patty Mills, who added nine points, five rebounds, and four assists, helped the Boomers defeat the Tall Blacks. New Zealand has another chance at making the Olympic Games next year through another qualifying series.

Kyrie Irving averaged 12.1 points, 2.6 rebounds, and 3.6 assists in the 2014 FIBA Basketball World Cup, and will likely be one of the starting guards for Team USA in the Olympics after winning the World Cup’s Most Valuable Player Award.

There’s no guarantee that the two teams will actually be playing against one another, but it could very well happen, and it would be a fun matchup for the gaurds.