Cleveland Weatherman Irate At LeBron James’ No Calls On Air 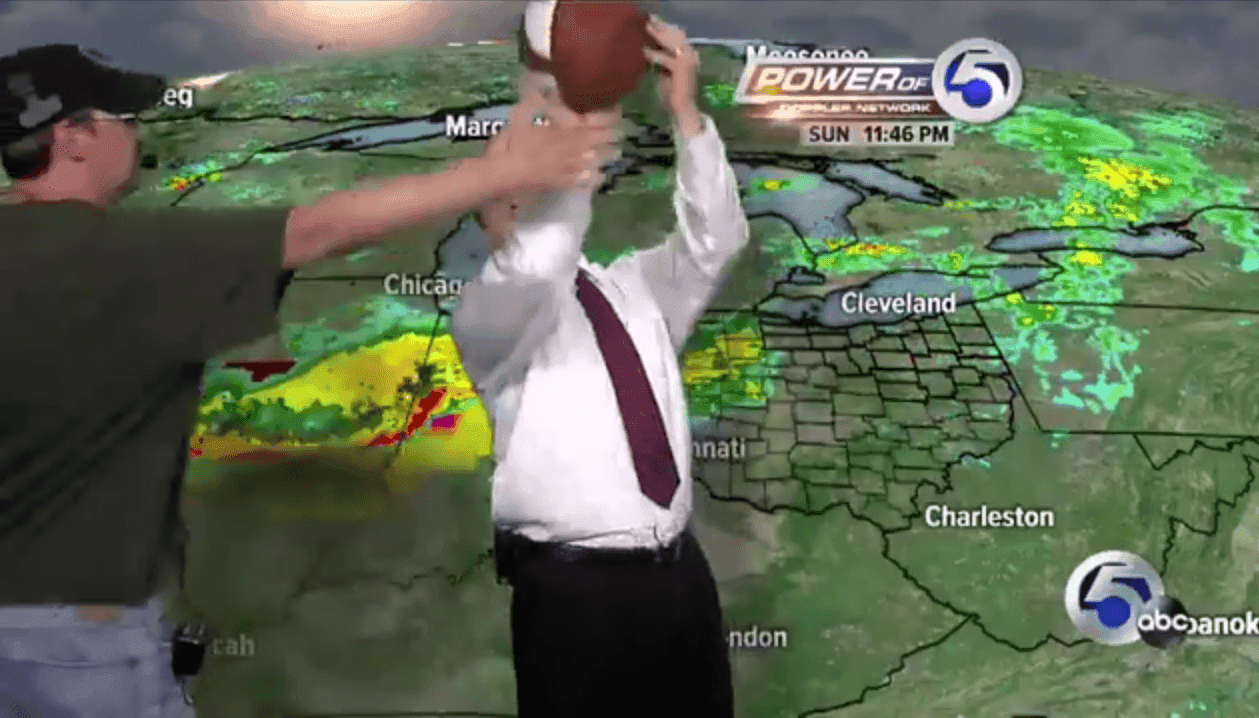 Late in the fourth quarter and overtime, LeBron James was clearly fouled by the Warriors. The first time on a shot attempt at the baseline where he was smacked on both forearms by Andre Iguodala while going up. The second time was on a jumpball between James and Draymond Green, where Green pulled down on James’ shoulder to get a jumping advantage on the tip.

Needless to say, LeBron James, David Blatt, and the Cavs were frustrated, but they weren’t the only ones. Take a look at this Cleveland weatherman, who took a couple seconds from his on-air segment to talk about his anger over those no-calls. He even reenacted the first foul by Iguodala.

Regardless of these bad no-calls, Cleveland was still able to squeak out the victory. Game 3 of the NBA Finals is Tuesday back at the Q.