Cleveland made moves in the last week, but so did Golden State 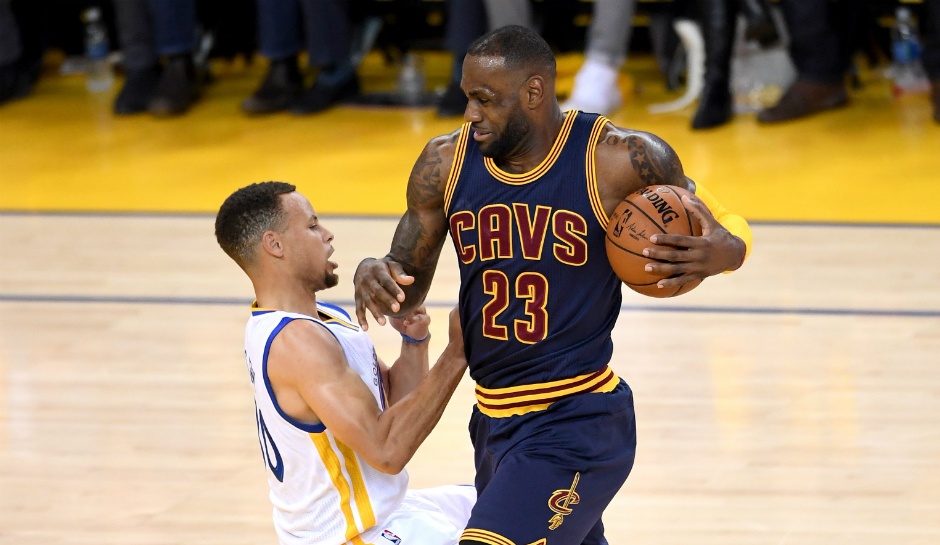 The Golden State Warriors made one notable trade deadline acquisition, adding PG Jose Calderon. Then, two hours after he was signed, Golden State cut him, because SF Matt Barnes became available. Calderon wouldn’t have really made much sense for the Warriors, as they already have a very good backup point guard in Shaun Livingston. The addition of Barnes, however, is much more intriguing. How exactly will he fit in with Golden State, and how will this affect the Cavs?

Kevin Durant is out for the foreseeable future after suffering a sprained MCL and a bruised bone in his knee.

The injury appeared pretty gruesome but thankfully, for Durant, it doesn’t appear to be as serious as it looked.

With Durant on the mend, Andre Iguodala appears to be the favorite to take over the starting SF position for the rest of the season, and possibly part of the playoffs. Iguodala is a solid veteran player and a great 6th man, but he is 33 and is not the floor spacer and offensive weapon that Durant is. Moving Iguodala to the starting lineup also greatly impacts the Warriors’ already thin depth. The bench is not the Warriors’ strong suit by any means, and losing their 6th man to the starting lineup is a gigantic hit.

Adding Barnes improves the Warriors’ depth by a good amount. The 36-year-old(soon to be 37) is averaging 7.6 points and 5.4 rebounds per game this season. He’s shooting 33% from three-point range as well, adding another shooting weapon to an already full Golden State team.

But Barnes’ biggest impact won’t be on the offensive side of the ball. He’s a tenacious defender who won’t back down from anyone. He gives the Warriors a player with an edge, similar to the Cavs’ Kendrick Perkins, “The Final Solution”, in 2014-2015. Expect to see Barnes getting chippy with Cavaliers, especially LeBron James and Andrew Bogut.

Matt Barnes adds a solid offensive punch with some quality defense and attitude to the Warriors’ starving bench. He should be a key rotation player in the postseason, and one the Cavaliers will have to take into account when game planning. However, with the Cavs’ recent acquisitions, they have the far deeper bench, something they haven’t really been able to say for the past two seasons. That could prove to be the key to defending their Championship in June. JUST IN: Kyrie Irving Could Be The Most Clutch Player Of The Millennium
Related TopicsCavsKevin DurantMatt BarnesWarriors