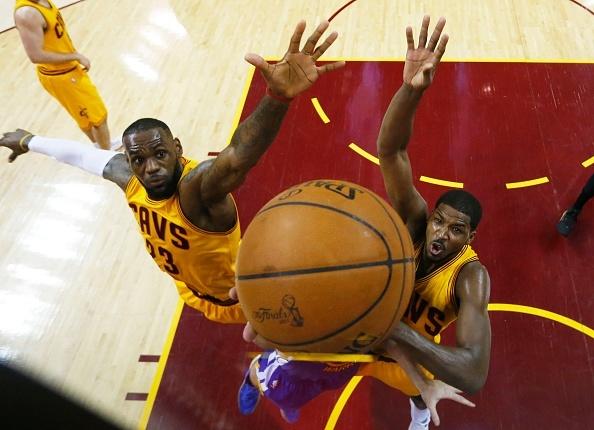 The Tristan Thompson fiasco is not only dragging but it also raises more questions that are not even directly about the unsigned power forward. This time around, another concern that has supposedly been exorcised is now creeping its way back. Will LeBron James leave the Cleveland Cavaliers once more?

LeBron James has been a big fan of Tristan Thompson and he explicitly expressed this when he said that Thompson should be a Cavalier for life. You can’t blame the guy as Thompson was unstoppable off the glass in the playoffs and his energy was simply contagious. He was even dominating the boards over Chicago and Atlanta’s All Star frontlines.

When James made that statement, things weren’t as alarming during that time. People were expecting Thompson to be among the first to re-sign with the Cavs and everyone’s anxiety was put to rest when James finally signed an extension. But a lot has changed since. Thompson and Paul, who’s also LeBron James’ agent, has upped the ante to the extreme and they are now expecting nothing less than a maximum contract from the Cavaliers.

Ric Bucher of Bleacher Report touched on this in the video below:

Given LeBron James’ admiration over Tristan Thompson’s game and his history of being disappointed with the Miami Heat’s reluctance to spend during his time in South Beach, it’s easy to speculate that the four-time Most Valuable Player could take his talents off to somewhere else again.

However, if we go back and look closely at the manner in which James returned, things are suddenly being put in perspective. He returned not only for winning but to inspire the kids in his home state and also for his own children to grow up appreciating the community that their parents hold close to heart.

Also, Dan Gilbert is known by everyone to have extremely deep pockets when it comes to the Cavaliers. He’s never held back as long as it improves the team. But considering the money that Thompson’s camp is asking, it will no longer be a question of Gilbert being tighter on his budget as every sensible individual knows that $94 million could be saved for players even better than Thompson.

The possibility of James bolting will always linger even more so until he finally signs a long-term deal with the Cavs. But his mission is bigger than Tristan Thompson and Rich Paul combined – it’s not even close.