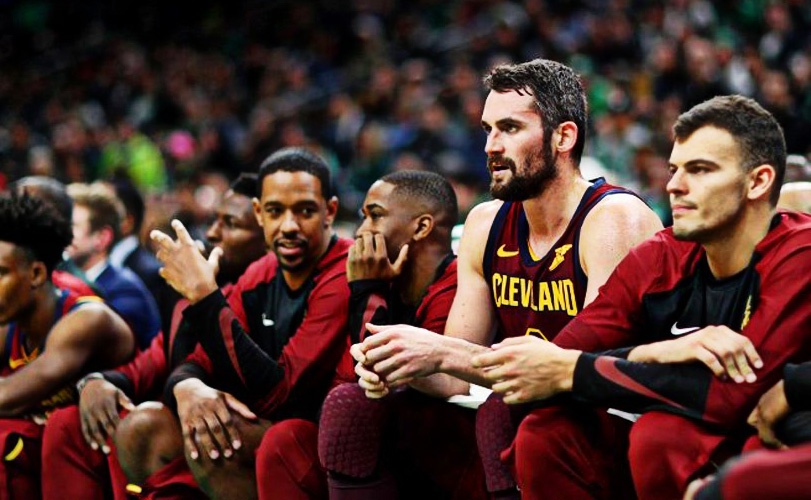 What do the Cavs need the most?

What do the Cavs need the most?

At 6-21, the Cleveland Cavaliers have — without a doubt — struggled mightily through the first leg of the NBA season. There have been moment when the Cavs look like one of the worst teams in league history, like when they found themselves getting blown out by the Atlanta Hawks on October 21st, and times when they look like they can play with any team in the league, like when they defeated the Washington Wizards by a 15-point margin on December 8th.

However, no matter whether they’ve won or lost, it’s always seemed like the Cavs were missing a key component to their success.

Despite Cleveland’s laundry list of injuries, I’m not talking about the absence of five-time All-Star Kevin Love. For all of his offensive talents, he’s naturally heavily reliant on players setting him up on the low block to score and he’s far too prone to tunnel vision when the defense collapses on him, seeing only the rim.

No, it seems like what the Cavs are missing is a dynamic wing that will play aggressively, creating shots for himself and others.

Whether or not shooting guards Rodney Hood or Alec Burks re-sign with Cleveland in the offseason, neither have been able to bring quite what the Cavs need on the wing. Hood is often too passive and doesn’t consistently have the touch needed to be Cleveland’s go-to scorer. Burks has the ball-handling, ability to facilitate and scoring that the Cavs could use on the wing but he hasn’t mastered any area of his offensive game, which is a detriment to him being an offensive focal point.

Despite the jump that Cavs sixth man Jordan Clarkson has made as a scorer, his scoring-mindset often reveals a lack of concern for facilitating the ball and keeping his teammates in rhythm. Conversely, second-year forward Cedi Osman has shown that he has all of the tools Cleveland could use on the wing but like Burks, he has failed to master any in one area.

Again, there’s a major need for a playmaking wing. Not just because LeBron James took his talents to Los Angeles but because the player that they’re missing is like an upgrade to their engine, bringing their horsepower from that of a Kia Forte to a Lamborghini Aventador.

This player may not be available for Cleveland in a trade this season although the Cavs have amassed some interesting trade chips ahead of February’s trade deadline. However, by the start of the 2019-20 season, Cleveland should have acquired this player via trade or the 2019 NBA Draft.

Keep an eye on these names as the Wine and Gold search for the franchise’s next go-to player:

Beal may be sole go-to player that Cleveland could pry away from his current team due to a combination of his being under contract through the 2020-21 season and the chaos that has descended upon his current team, the Wizards. An excellent scorer who has grown as a playmaker over the past few seasons, the athletic Beal — who grew up idolizing LeBron James — may relish the chance to lead the Cavs to playoff-contention and beyond.

Barrett, a consensus top-two selection in the 2019 NBA Draft, and Langford (a top-five prospect who has drawn comparisons to Beal) are two wings that are dominating at the collegiate level and have long been seen as potential franchise cornerstones. Meanwhile, Bazley has blazed his own path to the NBA under agent Rich Paul of Klutch Sports, the agency that represents James. Having opted not to play in the NCAA or NBA G-League, Bazley will spend what would have been his freshmen season in college training for the NBA Draft with former NBA guard — and one of James’ friends — Mike Miller, who is on the University of Memphis’ coaching staff.

Each of these players has demonstrated the skills needed to be the times primary playmaker and each of the aforementioned players should have no problems playing off of Cavs rookie Collin Sexton, an attacking point guard who likes to get downhill in a hurry.

Aside from their need to find “the guy” for their team, Cleveland simply needs time.

Time to get healthy. Time to break out of bad habits.

Time to develop the young talent they already have.

The Cavs are one of the most fascinating teams in the NBA, reminiscent of last year’s Brooklyn Nets in that they were a team with talented pieces but not enough to win consistently at the NBA level. A franchise that had their team culture moving in the right direction, even if their win-loss record didn’t reflect a team that would be dangerous in the future.

Cleveland has improving steadily ever since head coach Larry Drew took over and that’s not going to be enough to appease the Cavs locker room or fans but it’s likely enough for Cleveland’s front office, who won’t turn a blind eye to the Cavs development, attitude or surprising wins under Drew this season.

It’s been an interesting season for the Wine and Gold to say the least but help is on the way for the Cavs.

Having a franchise player on the wing could have changed their fortune in plenty of games this year; it wouldn’t be surprising to see Cleveland turn into true playoff-contenders next season. 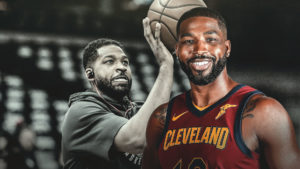