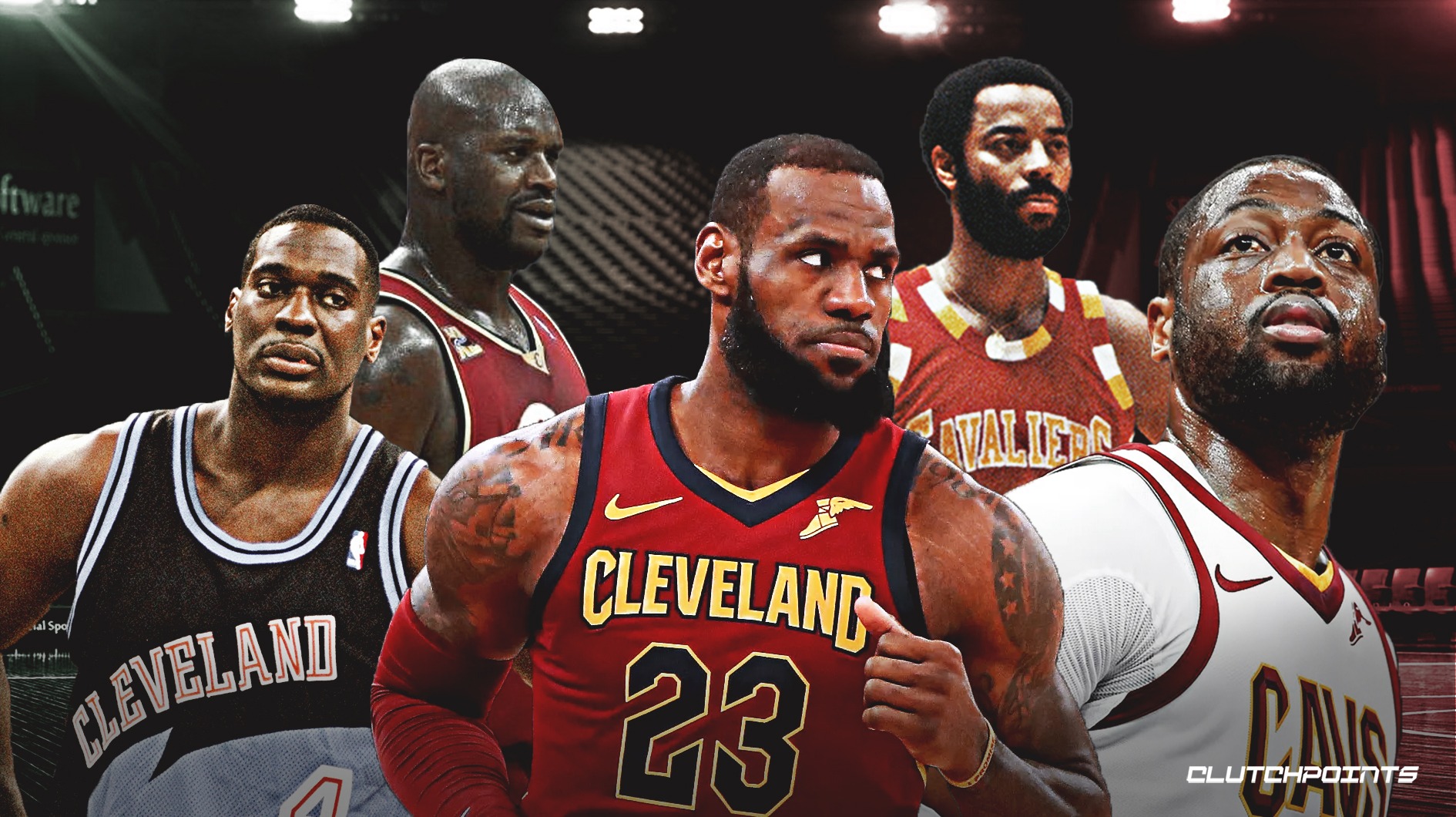 All-Time NBA teams are quite common, and you can see the Cleveland Cavaliers here. But what about players whose best days came somewhere else? What if Shaquille O’Neal and LeBron James were both in their primes while on the Cavs? This is Cleveland’s All-Prime team, which puts together a 15-man roster of the very best players who ever wore the wine and gold, whether their glory days were with the Cavaliers or not. Have fun with this in NBA 2K20, because it’s not happening anywhere else.

Irving certainly seems to be on a Hall of Fame trajectory, but he’s played only eight seasons so far. He’ll likely end up surpassing at least one of them, but he is currently blocked from this list by three legendary point guards.

RJ was a good player for a very long time, and a crucial part of the 2016 championship team, but he was never an All-Star, which puts him at a disadvantage compared to the other contenders.

Jamison had a long and productive career, during which he made the transition from small forward to undersized stretch-four. Injuries often hampered him, but he was an excellent player for nearly 16 years, his career spanning multiple NBA eras.

Big Z overcame serious injuries at the beginning of his career to spend a total of 14 seasons in the NBA, 13 with the Cavs. He was an All-Star twice and was always a model of consistency in Cleveland.

Frazier spent his final three seasons with the Cavaliers, playing just 66 games, but was a legend in New York, making seven All-Star teams, six All-NBA teams, seven All-Defensive teams, and was an NBA champion twice. He was one of the first true combo guards, but was listed as a PG.

Flash spent 46 games with the Cavs in 2017-2018, before being traded back to Miami for free due to homesickness. It’s fair to wonder if he would have made a difference in Cleveland’s last NBA Finals appearance in LeBron James’ second tenure with the team.

No other player in NBA history can match James’ longevity and consistency, not even Michael Jordan. It took him 13 years, but James finally fulfilled his promise to bring a championship to Cleveland in 2015-2016.

Kemp was a six-time All-Star and three-time All-NBA player who had three great seasons with the Cavs, including the highest scoring mark of his career; 20.5 points per game in 1998-1999.

Perhaps the most physically dominant player in basketball history, Shaq played one decent season in Cleveland, his second-to-last in the NBA.

It’s a travesty that Price is not in the Hall of Fame. He made four All-Star and All-NBA teams while leading Cleveland to six playoff appearances in a very tough basketball era.

Harper spent his first three-and-a-half seasons with the Cavaliers, after which he was traded to the Los Angeles Clippers and continued to score at a high level. Once he arrived in Chicago, he changed his game, and won five rings with the Bulls and Lakers while playing a small offensive role.

He may have made his only All-Star and All-NBA teams with the San Diego Clippers, but World. B. Free remained an elite scorer through his final season in Cleveland.

Mitchell averaged 10 or more points every season he played in the league, and put up 20 or or more points more often than not. His lone All-Star appearance came during his final full season with the Cavs, 1980-1981.

The Matrix was truly a unique player. He was an All-Star four times, made All-NBA twice, and won a championship with the Dallas Mavericks in 2010-2011. He spent 2014-2015 in Cleveland, backing up James at the age of 36, nearly earning himself a second ring.

Love is entering the 12th season of his career, and will be looking to rebound from an injury-plagued 2018-2019. If healthy, he is unquestionably the Cavaliers’ first offensive option, and his numbers could resemble the ridiculous ones he put up in Minnesota. He averages an 18.3 points and 11.3 rebounds double-double for his career, which is impressive considering a third of it was spent deferring to LeBron James, and for three out of those four seasons, also to Kyrie Irving.

Nance edged out Jamison on this list due to his three All-Star appearances and three All-Defensive team selections. He combined elite defense with a very good offensive game, and he did that over 13 seasons with two different teams.

A Hall of Famer known for his time with the Golden State Warriors, Thurmond made seven All-Star teams and five All-Defensive teams. Born in Akron, he played his final two seasons for his hometown team.

Because of his back injuries, Daugherty doesn’t have nearly the longevity of most of the other players on this roster, but he was too good to not make the cut. Had he not been forced to retire at age 28, he likely would be in the Hall of Fame right now.