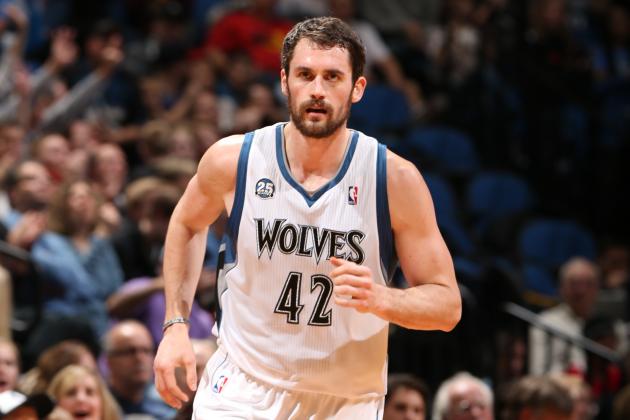 Ever since Kevin Love became a free agent, he has become the target of many teams. Since entering the league six years ago from UCLA, Kevin Love has become one of the premier big men in the NBA. Love can score, rebound, defend, and do just about anything a quality center can do and more. Last season, Love averaged 26.1 PPG, 12.5 RPG, and 4.4 APG. His stats last season show just how versatile and skilled of a player he is and why so many teams would love to have them on their team. Over his six year career, Love has averaged a double double, 19.2 PPG, 12.2 RPG, and 2.5 APG.

The main issue that Kevin Love has with the Minnesota Timberwolves is that he is tired of losing and wants to go to a place where he feels like there is potential to win. According to Sports Nation, ESPN, Kevin Love stated:

{adinserter 2} With the recent return of LeBron James to the Cleveland Cavaliers, the Cavs look to be a serious contender in acquiring Love. According to ESPN’s Marc Stein, Kevin Love is ‘intrigued’ by the possibility of joining the Cleveland Cavaliers as reported before and would be willing to commit long term.

JUST IN: Will LeBron Come Back Home To Cleveland?
Related TopicsCavaliersClevelandExclusiveKevinLoveMinnesotaNBATimberwolves