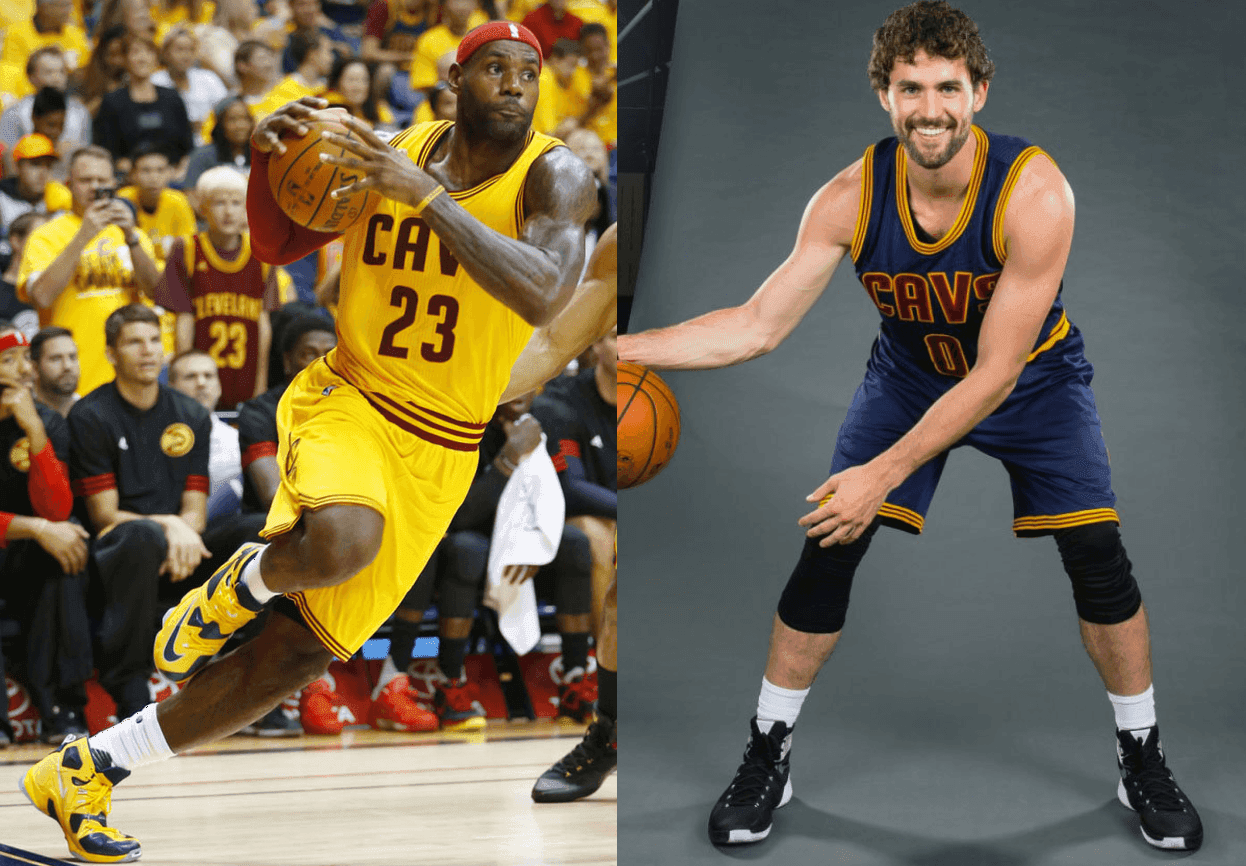 Most of the Cleveland Cavaliers players wear Nike basketball shoes, especially since LeBron and Kyrie both have signature shoes with the company, and because also Love and J.R. Smith also have sponsorships with Nike. Let’s take a look at the kicks that some of the Cavs wear on the court. 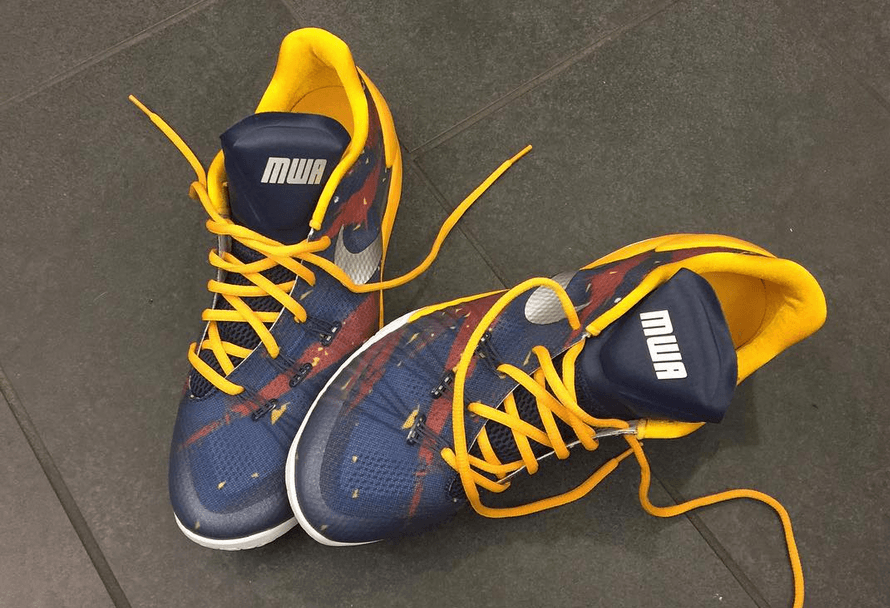 Mo wore the Hyperchase in a Cavs PE colorway in the preseason, but we have yet to see him wear them in the regular season. This is the shoe that James Harden wore last season, so it’s definitely a solid basketball shoe. Now that he has his teammates’ shoes at his disposal, he probably won’t be making a return to the Hyperchases.

Click “Next” to see the fifth sweet shoes the Cavaliers players will be wearing this season!

Kevin Love and Andy both have worn the 2015 Hyperdunks this season, also in a Cavs PE colorway. Love signed with Nike over the off-season, shortly after his contract with China-based 361 degrees ended. While Love is an important player, it doesn’t seem like he will be getting his own signature shoe with Nike. Regardless, the Hyperdunk is a perfect shoe for an all-around player like Love.

Click “Next” to see the fourth sweet shoes the Cavaliers players will be wearing this season!

JR, Mo, and Joe Harris have all been spotted wearing the 12 Low’s in both games and practice so far this season. Since it is significantly lighter than the standard LeBron 12’s, it is more oriented toward guard play, making it perfect for this trio. The LeBron 13 has yet to release a 13 Low, so it makes sense that these guys are still rocking the 12’s.

Click “Next” to see the third sweetest shoes the Cavaliers players will be wearing this season!

The Soldier 9 released over the summer with a completely new design consisting of 2 straps, one around the ankle and one over the top of the laces. These extra straps make this shoe one of the best shoes in the market in terms of support, fit, and comfort. Just like the Soldier 8’s, this shoe is mainly reserved for the Cavs big men. Moz, Jones, Harris, and LeBron have all been spotted wearing the Soldier 9 in both games and practices. Although this isn’t LeBron’s signature shoe, the Soldier 9 is catered to more types of basketball players while the LeBron 13’s are specifically made for LeBron’s type of play.

Click “Next” to see the second sweetest shoes the Cavaliers players will be wearing this season!

Kyrie’s first signature shoe released just about a year ago, and it was very popular among fans due to its simple design and low regular price in comparison to the other signature shoes. Not many of Kyrie’s teammates have worn his shoes in games, though, since they are definitely more point guard oriented. While Kyrie rocks different Cavs PE’s and custom Kyrie 1’s on and off the court, Mo has worn the Kyrie’s in the first 4 games so far this season. He has worn the Kyrie 1 EYBL Warhawk colorway, which was originally released especially for the EYBL (Elite Youth Basketball League) hosted by Nike. The Kyrie 2’s are rumored to be releasing in early December, so it remains to be seen if more players will wear the 2’s once they come out.

Click “Next” to see the sweetest shoes the Cavaliers players will be wearing this season! 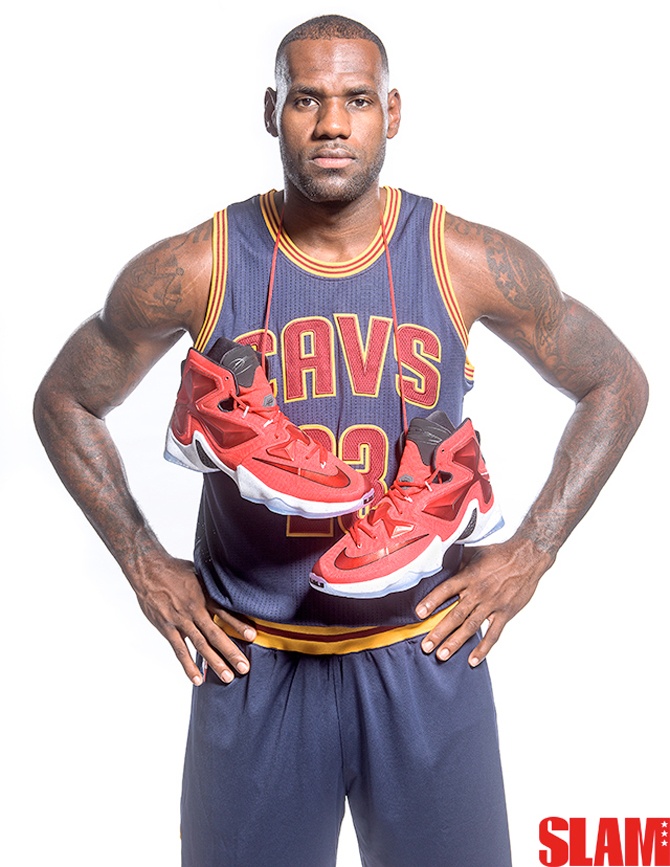 This is arguably the best LeBron’s to date. With a simpler, sleeker design in comparison to the 12’s, the 13’s have been very popular among fans. While not too many players on other teams have worn the 13’s, it’s only a matter of time before the trend catches on. The 13’s have released a couple of colorways so far, including the Written in the Stars, Home and Opening Night colorways. There is also a halloween/Friday the 13th themed colorway that will be released on Nov. 13th.

The most notable Cavalier who doesn’t wear Nike kicks is Shump, who wears Adidas Crazy 8’s, among other shoes. Sometimes, LBJ and JR will wear special edition shoes, such as Kobes, Jordans, or vintage LeBron’s, such as the 4’s. Most of the time though, their shoe contracts limit them to wearing only Nikes.