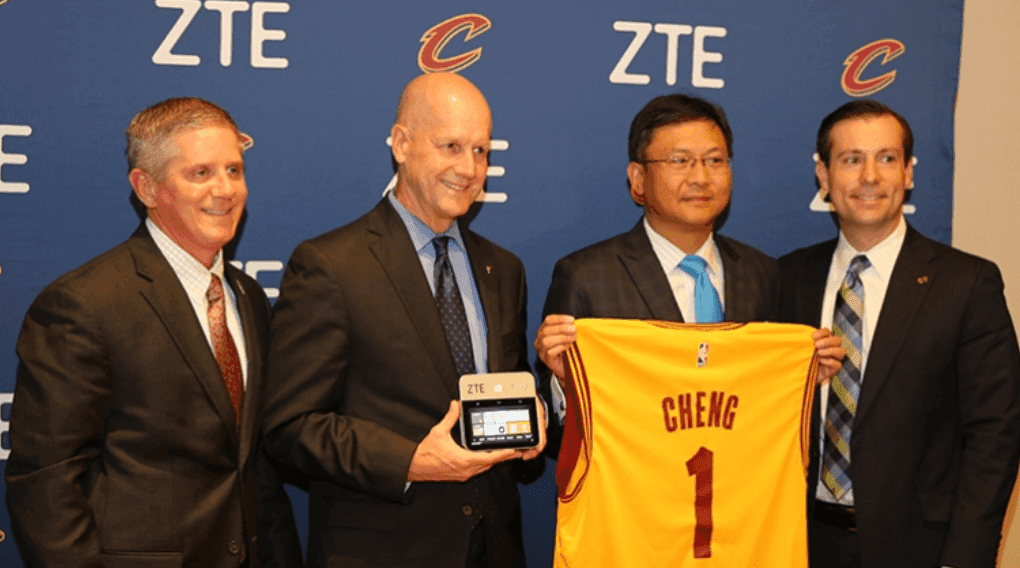 The Cleveland Cavaliers have become the biggest name in the league with the re-arrival of LeBron James and the recent postseason success. So when companies saw how Cleveland was doing, it’s no surprise that everyone was dying to partner with them.

The Cavaliers and ZTE USA announced earlier today that the fourth largest smartphone supplier in the U.S. as well as the second largest in the no-contract market have become the official Smartphone Partner for the Cavs. ZTE plans to expand its reach to more cities across the nation by adding the Cavaliers’ name to its list of partners that already includes the New York Knicks, Houston Rockets, and Golden State Warriors.

ZTE also announced that is was partnering with the Chicago Bulls, the central division rival for the Cavs.

“Many consumer surveys are just that: surveys. The best feedback is not a one-way street, it’s a conversation,” said Lixin Cheng, chairman and CEO of ZTE USA. “To facilitate conversations, we will go straight to the source and improve our products and services from the ground up. To provide consumers with the best possible smartphone experience, we need to connect with them on a local level.”

The CEO of the Cavs also spoke out about the new deal.

NBA.com reports that this partnership includes all of these throughout the season:

“The partnership between ZTE and the Cavaliers covers sales and marketing elements related to the coming season and beyond, including digital, and in-arena messaging. The partnership will also include presenting sponsorship of the Cavaliers first ever Chinese New Year Celebration, Presented by ZTE, that will take place around the Cavaliers’ February 8, 2016 game in Cleveland vs. the Sacramento Kings.”