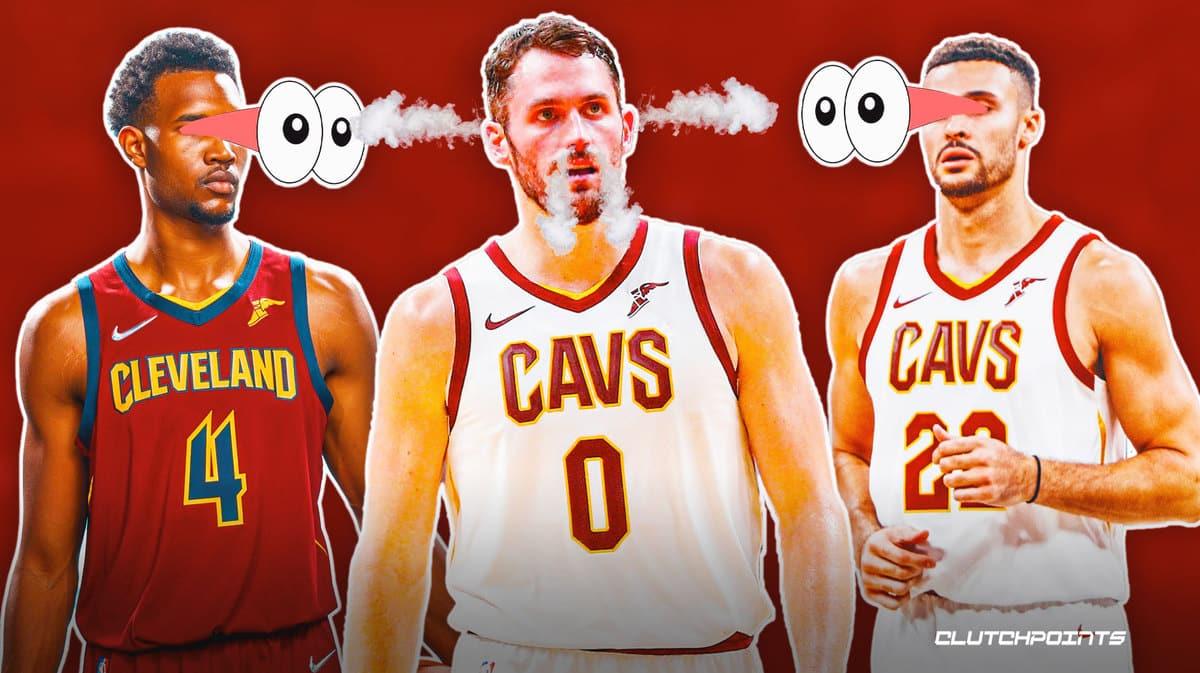 The Cleveland Cavaliers are entering this 2021-22 NBA season with a lot of optimism. They have an an eye towards finally making a return to the playoffs following LeBron James’ second departure from the team back in 2018.

Cleveland had a promising offseason that saw them take USC Trojans big man Evan Mobley with the third overall pick in the 2021 NBA draft. They also locked up Jarrett Allen, whom they acquired midway through the 2020-21 campaign, to a long term deal and signed former Chicago Bulls lottery pick Lauri Markkanen to a four-year contract.

With their new additions this summer, Cleveland boasts a hefty front court rotation to go along with some promising young talent in Mobley, Collin Sexton, Darius Garland, and Isaac Okoro. With a positive outlook ahead, here are four bold predictions for the Cleveland Cavaliers in this upcoming 2021-22 NBA season.

Despite being the third overall pick of the most recent NBA draft, Evan Mobley has not received some love in the preseason Rookie of the Year race. Analysts see Mobley as having a puncher’s chance of taking the ROTY plum, mainly due to the fact that he is a big man that will probably need more time to develop and adjust to playing with more physicality in the NBA. At 215 pounds, Mobley will likely get pushed around by stronger and bulkier big men.

The USC stud also plays with ball dominant guards in Sexton and Garland and probably won’t get much chances to shine as a rookie. Meanwhile, the likes of Jalen Green and Cade Cunningham, the two players taken before him in the draft, should get all they can eat with their respective squads. So if the Rookie of the Year isn’t in sight for Mobley, perhaps he could make a run for the All-Rookie First Team.

There are a ton of other talented rookies such as Jalen Suggs, Scottie Barnes, Davion Mitchell, and Alperen Sengun, all of whom had a standout Summer League in Las Vegas, in the class of 2021. That’s why getting a spot in the All-Rookie First team won’t be as easy as it sounds for Mobley.

Still, the big man is very skilled and talented on both sides of the ball and should be able to make an impact right away in his rookie season. Despite the low expectations from him, Mobley’s sheer talent could stand out and earn him a spot as a top-5 rookie in the 2021-22 season.

3. Darius Garland will have a breakout third season

Darius Garland had a stellar sophomore campaign, which saw him improve in pretty much every aspect of his game, be it his overall production and his efficiency from the field. The 22-year old averaged 17.4 points, 2.4 rebounds, and 6.1 assists in Year 2 compared to 12.3 points, 1.9 rebounds, and 3.9 assists in Year 1. His field goal shooting also rose from 40.1 percent to 45.1 percent, while his 3-point shooting went up to 39.5 percent from 35.5 percent the year before.

Garland’s jump from his rookie to sophomore campaign is already remarkable in itself. But taking another leap in Year 3 is definitely within reach. Garland should enter this season with a ton of confidence, especially after Golden State Warriors superstar Stephen Curry gushed about just how much he loves the 6-foot-1 guard’s game.

2. Collin Sexton will finish as a top-10 scorer

There is no doubting Collin Sexton is an absolute bucket-getter. The kid can flat out score the basketball with the best of them.

Sexton has an incredibly deep bag and he has proven that he can be an efficient volume scorer in the NBA. Over the past two years, the 22-year old has shot 47.4 percent from the field and a respectable 37.6 percent from long range. Sexton has also seen his scoring rise by nearly four points in each of his three seasons in the NBA, from 16.7 points in his rookie year, to 20.8 points in his sophomore season, to 24.3 points in Year 3.

If that trajectory continues on in his fourth campaign, that should easily launch him into the top 10 in scoring this upcoming season.

1. The Cleveland Cavaliers will make the play-in tournament

Like most young teams, these Cleveland Cavaliers are optimistic that this will finally be the season that they break out and make some noise by getting to the playoffs. The Eastern Conference, however, is more loaded than ever, with teams like the Chicago Bulls and Charlotte Hornets also vying for those same postseason berths that Cleveland is targeting.

With a good mix of young talent and reliable veterans, a spot in the play-in tournament shouldn’t be out of reach for the Cavs. Though the playoffs are still a different beast, getting the opportunity to play in a meaningful game should be a huge step in the right direction for this squad.