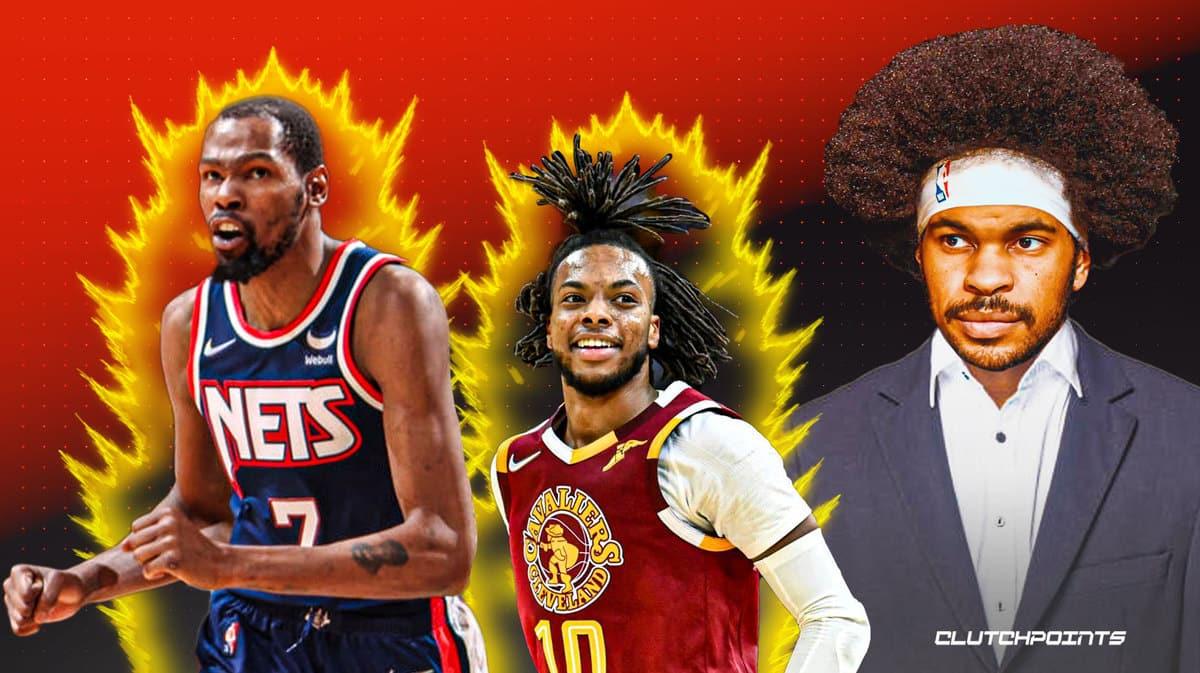 The Cleveland Cavaliers got off to a strong start to the 2021-22 season and looked like a clear threat to finish in the top six of the Eastern Conference. However, the Cavs’ level of play regressed due to injuries sustained by some of their key players throughout their campaign.

Cleveland dropped to a 44-38 record for the eighth spot in the standings. J.B. Bickerstaff and his men are now in a precarious situation, going up against the seventh-seeded Brooklyn Nets in the 2022 NBA Play-In Tournament.

Going up against a powerhouse team is certainly not great for any team, especially in a crucial game with major implications on a squad’s postseason bid. Still, this young Cleveland squad is aiming to pull off a massive upset when they visit the Nets in Brooklyn for an official spot in the 2022 NBA Playoffs.

With that said, let’s take a look at four bold predictions for the Cavs’ play-in tournament matchup against the Nets.

4. The absence of Jarrett Allen will be a killer

Jarrett Allen averaged 16.1 points, 10.8 rebounds, and 1.3 blocks in 56 appearances in 2021-22, a career season. However, Allen fractured a finger in his left hand back in March, which wound up ending his regular season and will likely keep him out for this game.

Without a doubt, missing the services of an All-Star-caliber player in Allen will leave a huge hole on the team on both ends of the floor. His rim-running and shot-blocking abilities are great assets that the Cavs greatly miss amid his absence.

Given the situation, their other bigs in Evan Mobley, Lauri Markkanen, and Kevin Love will all have to put in more effort in order to fill in the responsibilities left by Allen, especially in the paint.

The Nets are not a great interior team, but they still have Andre Drummond and Nic Claxton, who can both be double-double threats on a regular basis. If the Cavaliers fail to defend both of them in the paint, they will have a hard time winning this game.

3. Darius Garland will lead the team in scoring with 25+ points

With Allen sidelined, Cleveland is fortunate to have another All-Star talent in Darius Garland who can be at the forefront of their attack against Brooklyn. He also enjoyed a career season with averages of 21.7 points, 3.3 rebounds, and 8.6 assists in 68 appearances.

It could’ve been different if Collin Sexton didn’t get injured. However, since he’s also out, the Cavaliers will surely need Garland to be aggressive on offense and play at his best if they want a shot at beating the Nets on their home floor. Given he is the start point guard, he will look to create as many opportunities as possible for himself, especially in such a crucial game.

It won’t be a surprise to see the 22-year-old scoring at least 25 points and leading the way for Cleveland.

2. Cleveland’s defenders will have a hard time stopping Kevin Durant

Kevin Durant is still Kevin Durant. No matter how bad his team has struggled, they will always have a fighting chance with him playing on the floor. This season, Durant finished with a stellar line of 29.9 points, 7.4 rebounds, and 6.4 assists in 55 games played.

In fact, the former MVP is fresh off a hot streak after dropping 41 and 55 points in the last two weeks of the regular season. The length of Evan Mobley and defensive prowess of Isaac Okoro will help against Durant, but the Nets star has shown that he will still find ways to score despite playing against athletic and versatile defenders.

Okoro and Mobley will do their best against KD, but it will likely be to no avail.

1. The Cavs will lose to the Nets and be on the brink of missing out on the playoffs

There’s no denying that the Nets (and even the Cavs) were not expected to fight for their playoff lives, especially after their good showing in the first half of the season. Looking back, Brooklyn’s momentum was halted from the drama surrounding James Harden’s departure as well as Kevin Durant’s knee injury in January.

However, despite the weird season, the Nets still have juggernaut potential thanks to KD and Kyrie. The veteran experience of Steve Nash and his men will show in this matchup as they go up against a young Cavaliers team that still has a long way to go ahead of them.

It will be hard for Cleveland to pull off an upset against Brooklyn, but this 2021-22 season is still a huge improvement compared to recent years. All is not yet lost, though, as the Cavaliers will still have a chance even if they fall short against the Nets.

The loser of this game will face the winner between the ninth-seeded Atlanta Hawks and 10th-seeded Charlotte Hornets. The Cavaliers have a greater chance at securing a win against one of those two teams, but don’t completely rule them out against Brooklyn.