What Cleveland adds with Andrew Bogut 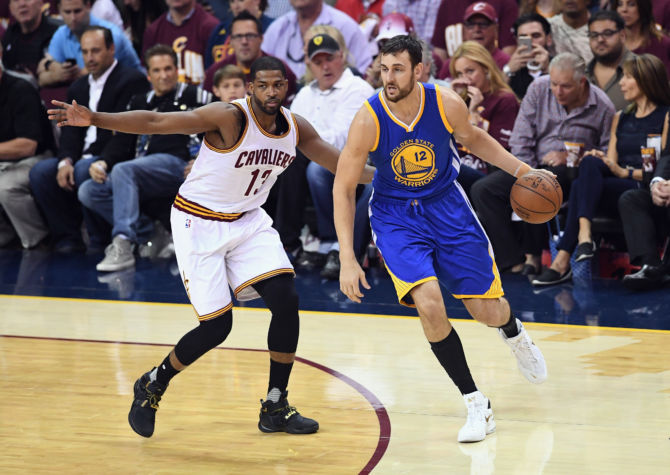 In literature, there’s a term known as situational irony. Situational irony reflects circumstances where one outcome is expected, though an alternate outcome occurs. David Griffin embodies Situational Irony in human form. Griffin transformed what amounts to safety pins and chewed gum into arguably the league’s best backup point guard, Deron Williams, sharpshooter Kyle Korver, Andrew Bogut, holder of the League’s 3rd highest defensive +/-, and rejuvenated Derrick Williams’ career. Of course, LeBron James is someone to thank, but as 2003-2009 showed Cleveland, he can’t do it alone.

Battered and whittled, Bogut represents both an immediate reprise as well as variety for an already thin frontline. Free agency saw Timofey Mozgov’s departure, while injury sidelined Kevin Love until playoffs. Before signing Derrick Williams, Tristan Thompson and Channing Frye were Cleveland’s only true big men. Even with Williams’ addition, only so many traditional lineup configurations exist. Eventually Lue would employ a smaller lineup, slotting a traditional small forward at the four. A situation best never employed until playoffs.

On the defensive end, Bogut plays an objectively different game. Love improved his defense this past year, responding well to Pick-and-Rolls, calling dribble handoffs and pressuring opposing matchups. Bogut will do none of that. Bogut answers Cleveland’s calls for a defensive big man. Thompson is undersized at 6’10, Frye’s lighter frame provides little when stopping a drive, and Love’s game is tailored towards offense. Bogut on the other hand provides steady contribution on the defensive end, averaging 1.6 blocks a game throughout his career. He weighs nearly 30 pounds more than Thompson, and stands an additional two inches over Thompson. To surmise, Bogut is a defensive anchor, shoring up Cleveland’s second largest need.

Love’s recovery timetable clears him to play slightly before the postseason, though Bogut’s addition could change this. Adding a versatile, albeit different, big relieves pressure regarding Love’s return. Rather Cleveland may opt into a slower recovery plan, rehabbing the All-Star for as long as possible. Additionally the forward position’s depth expands options regarding bringing Love off the bench. In essence, Bogut’s presence expands Lue’s options regarding rehabbing Love just as much as Korver’s acquisition eases J.R. Smith’s recovery pressure.

David Griffin is a wizard. That isn’t a metaphor. There simply doesn’t exist a timeline where Cleveland wins a championship without his crafty finagling and Bogut is just another puzzle piece in Griffin’s grand design. If Cleveland acquire his services (which according to two Mavericks insiders is likely), they shore up another need without giving away anything. Bogut scheduled meetings with several contenders over the next week, and unlikely scenarios occur where the Aussie big man takes his talents elsewhere. But if Griffin can ink Bogut to a contract, oh what a puzzle piece he would be. 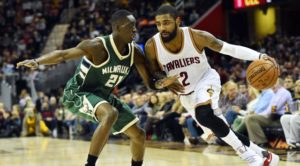