Christmas Gift from the NBA? 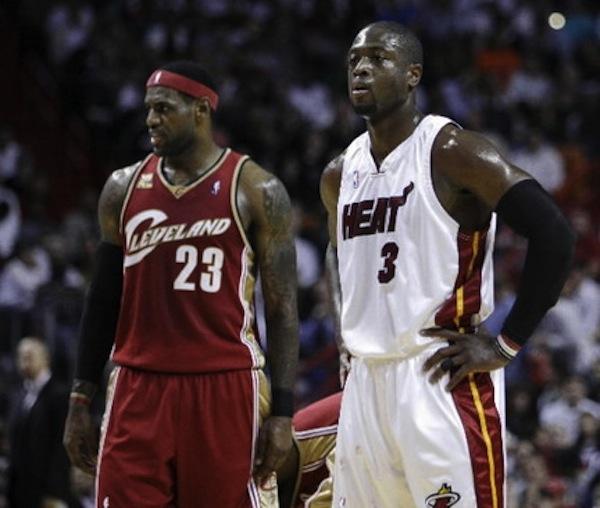 NBA commissioner Adam Silver could not have given the fans a better gift this Christmas. It looks as though the Cleveland Cavaliers will be playing in Miami this year for Christmas. This is big game for both teams and NBA fans from all over the world will be watching.

The great thing about this game is that D-Wade had launched a statement last week that he has now replaced Kobe with LeBron James as the player he wants to play against the most. This definitely brings back some memories of these two going toe to toe back in the day before LeBron left Cleveland. Now as an added bonus we will get to see these two teams play with millions of people watching. Everyone knows that Danny Granger, who is now playing with Miami, and LeBron do not get along very well together, which should also add some spice to the match up.

{adinserter 2} From what I understand of this situation, ABC is requesting the Cavs/Heat game but the official schedule will not be launched until mid-August. Naturally we would think that with LeBron’s return to Cleveland this year the Cavaliers would be selected for the Christmas day game. Putting the Heat up against them definitely adds to the drama and spark of this game.
It would be a better game bringing LBJ back to Miami rather than having Miami come to “The Q”. I am sure that the Cavs would love to beat up on LeBron’s old team on national television. Depending on where the season is at during this time, I am positive both team’s records will be very close. This game would definitley be a proving point somewhat for the Cavaliers and LeBron.

This type of game proves that Cleveland is a contender in the East and has what it takes to win against good teams. A game like this is looked at like a mid-season playoff game. It is a game that holds weight as it will be a good indicator for people to know where each team stands. For LeBron James, this game means proving to his old team that he doesn’t need them to win along with showing Cleveland that the Cavs can win big games.

The Heat vs Cavs Christmas day match up could be one of the best games that we see all season. We will all have to wait in anticipation for the official schedule launch in August.