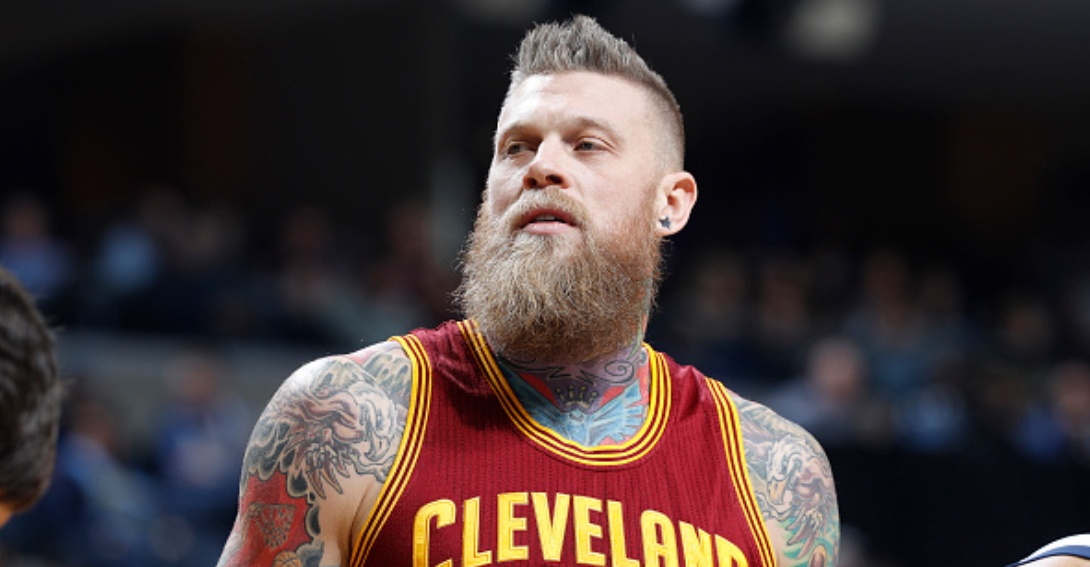 It’s been a difficult season for Cavs veteran big man Chris Andersen after leaving the Memphis Grizzlies this offseason to join the wine and gold. Andersen suffered a season-ending ACL injury during practice on December 16 and was quickly ruled out for the remainder of the season.

Despite the heartbreaking situation for “Birdman,” he continues to show up to Cavs home games to support his teammates even though he can’t help them out on the floor.

Andersen was at the Q rehabbing his knee on Saturday night, but also understands his days as a Cavs player may be numbered, as the Cavs will more than likely look to fill his position with another productive piece that can help them repeat as champions.

Andersen is well aware of this, and despite the unfortunate circumstance, he understands that this team needs to win now.

“I’m gonna leave that in house,” Andersen told cleveland.com Saturday, when asked what the Cavs have told him about his contract. “It is a championship-caliber team and the need certain players to be out there on the floor. It’s unfortunate that I’m not able to come back this season (air quotes). We’ll see. They gotta do what they gotta do to make sure they push the team into that position where they can repeat, then that’s what they’ve gotta do.

“I’m aware of it, they’re aware of it, we’re all on the same page. We’re all trying to accomplish the same goal, and that’s getting them to win another championship and me be a part of it.”

Andersen is now 38 years of age, but still wants to play one more year in the NBA, whether that be for the Cavs or elsewhere. His persona, energy and commitment to the cause in Cleveland enabled him to fit seamlessly into the playing group, as he accompanied his teammates to the World Series and the highly anticipated Ohio State-Michigan football game.

It’s unfortunate for all parties, as the Cavs could have really used Andersen before Kevin Love’s recent return. It’s a tough road back, and Andersen was looking forward to contributing to the hopes of repeating as world champions.

“Of course it is (disheartening),” Andersen. “But like I said, I came in and did what I was supposed to do. It was unfortunate that I tore my ACL. That’s part of the game. It just sucks it had to happen early. I was looking forward to coming out and doing some damage out there. Plus I don’t get to travel with the team as much as I would like to, and it just sucks.”

The Cavs will more than likely try to off-load Andersen’s contract in the coming weeks, in the hopes of bringing in a back-up point guard to join the roster. 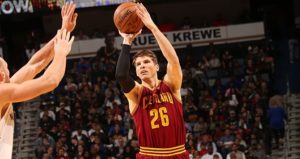