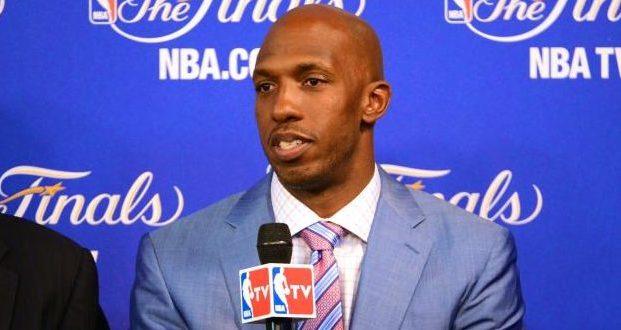 Former Detroit Pistons guard turned ESPN’s NBA analyst Chauncey Billups has withdrawn himself from consideration for the Cleveland Cavaliers‘ president of basketball operation vacancy, according to ESPN’s Adrian Wojnarowski. The 6-foot-3 former floor general met with owner Dan Gilbert twice last week, ironing out the details of a possible future with the organization.

Billups said Sunday prior to his BIG3 debut that he expected to make his decision within the next few days. According to ESPN’s Jeff Goodman, some staffing concerns and a “significant” money disparity were factors influencing Billups’ decision to drop out of the running.

Billups had previously inquired for the same job with the Atlanta Hawks, but didn’t garner an offer like he did upon David Griffin’s departure from the Cavs.

Once an offer was extended, Billups pondered the decision for longer than a week, missing his debut with the BIG3 upon negotiations.

Given how comfortable the former Finals MVP had gotten in his new job at the desk of NBA Countdown alongside his now-colleagues Michelle Beadle and Jalen Rose — Billups was mostly conflicted if it was the right move to change careers when his spot as an analyst had just started to take off.

A Colorado native, Billups has been between living his post-NBA life with his family in Denver and commuting to Los Angeles to film NBA Countdown.