Current TNT basketball analyst and NBA legend Charles Barkley is one of the most outspoken voices in the media. Often times, Barkley has no problem telling people exactly what’s on his mind. And for better or worse, a lot of people respect his opinion.

During TNT’s recent telecast of Inside the NBA, Barkley listed which players would be at the tail-end of his top-25. In a surprising twist, Barkley placed Cleveland Cavaliers point guard Kyrie Irving in the 25th position.

The panel of anchors seemed outraged…

Fellow NBA on TNT analyst Kenny “The Jet” Smith lost it after seeing the rankings, and said to Barkley after hearing of Irving’s ranking:

You are out of your mind! Kyrie Irving is the 25th player?? Are you kidding me? Chuck, are you serious?”

Shaquille O’Neal, who played with the Cavaliers in the latter phases of his career, echoed Smith’s sentiments, saying:

Kenny, take his cup away. Stop it, Chuck.”

Ahead of Irving on Barkley’s list was Utah Jazz forward Gordon Hayward, who Barkley ranked 21st, and Golden State’s Draymond Green (23rd). Kevin Love came away with the 22nd rank on Barkley’s list.

It seems Barkley may have some serious explaining to do as the rest of his top-25 list is revealed. 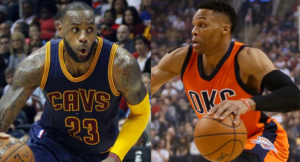