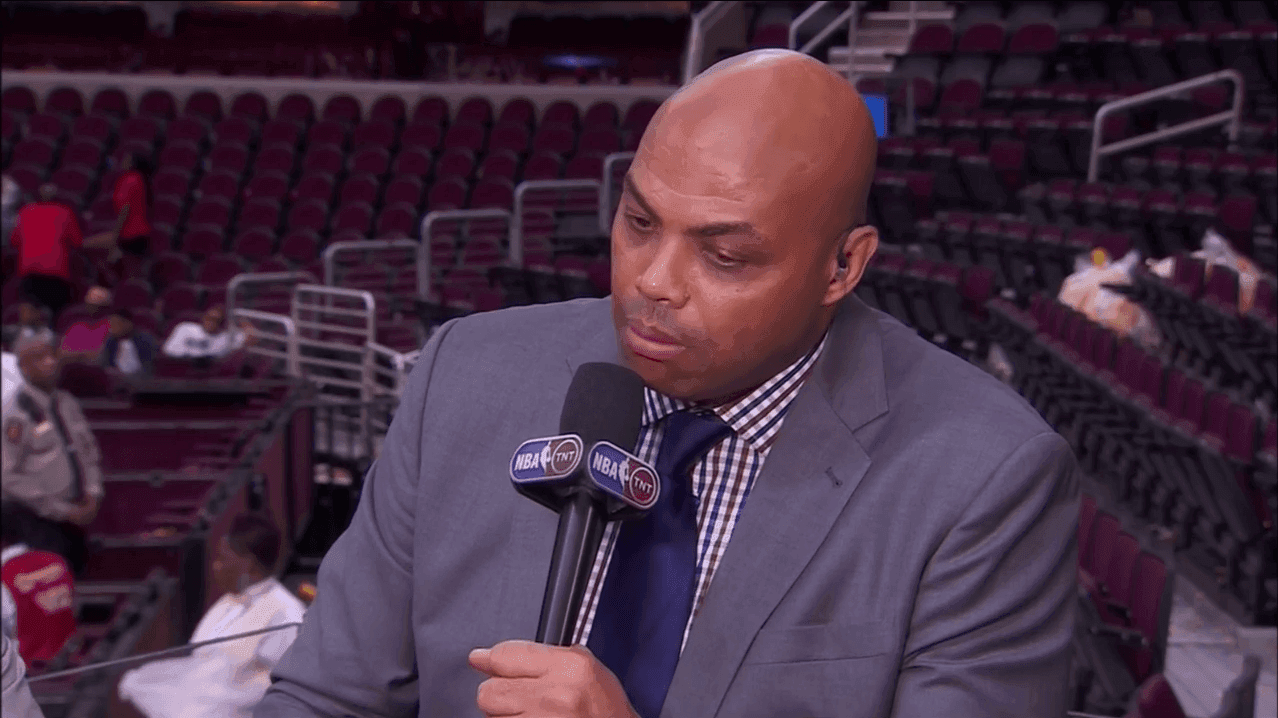 It seems that despite the troubled past between the city of Cleveland and Charles Barkley, things are finally starting to warm up for Barkley.

Before Game 3 of the Eastern Conference Finals, Barkley has asked what if he’s liking Cleveland more than Bulls center Joakim Noah. His response surprised many.

“You know what, I think Cleveland is an underrated city. During the summer, it’s a great city. Tot fun to be here during the winter though.”

“The thing that’s really cool, man, is that they’ve been a great sports franchise for a long time. This is a great sports town. I couldn’t be happier for a city.”

Barkley didn’t have the Cavs winning their second round matchup against the Bulls after forward Kevin Love went down with a season ending separated shoulder injury and J.R. Smith was suspended two games for whacking Celtics forward Jae Crowder in the face.

“They can’t win without Kevin Love,” said Barkley during Monday’s broadcast. “He never got enough credit for what he did. He’s a terrific rebounder but the game comes down to space. They are not going to get bigger by Wednesday and they are going to miss J.R. Smith again. Even when they had Kevin we thought they were the best team in the NBA because of their upside.”

“This is a different Bulls team,” Barkley said. “Derrick Rose doesn’t have to do it all by himself. He has a lot of weapons.”

After Cleveland’s convincing 4-0 sweep of the Atlanta Hawks in The East Finals capped off by an stunning 118-88 blowout victory at home, Barkley didn’t mince words on his newfound thoughts and predictions.

“The Cleveland Cavaliers are going to win the world championship this year.”

“[Tristan] Thompson has solidified the power forward spot to go with [Timofey] Mozgov,” Barkley said. “They have a big team now. With the addition of J.R. Smith and [Iman] Shumpert, they have athletic ability on the perimeter now. Mozgov saved their season because they were just too small. But now you put him and Thompson together… LeBron’s playing at an unbelievable level… But I think the addition of Shumpert and J.R. Smith made them a legit NBA team.”

It’s odd to see Barkley so in-favor and supportive of the Cavs, but with most of the world having them as underdogs in these NBA Finals, they’ll take whoever wants to support their quest to ending a 51-year championship drought in Cleveland. The Cavs will only win, according to Barkley, if Kyrie Irving is healthy and ready to go come June 4.

“He’s got to be healthy. I think the Cleveland Cavaliers are going to win.”

Here’s the full video of Barkley’s prediction below:

Chuck doesn't need to know who comes out of the West to make his Finals prediction… https://t.co/iK6155JtXt