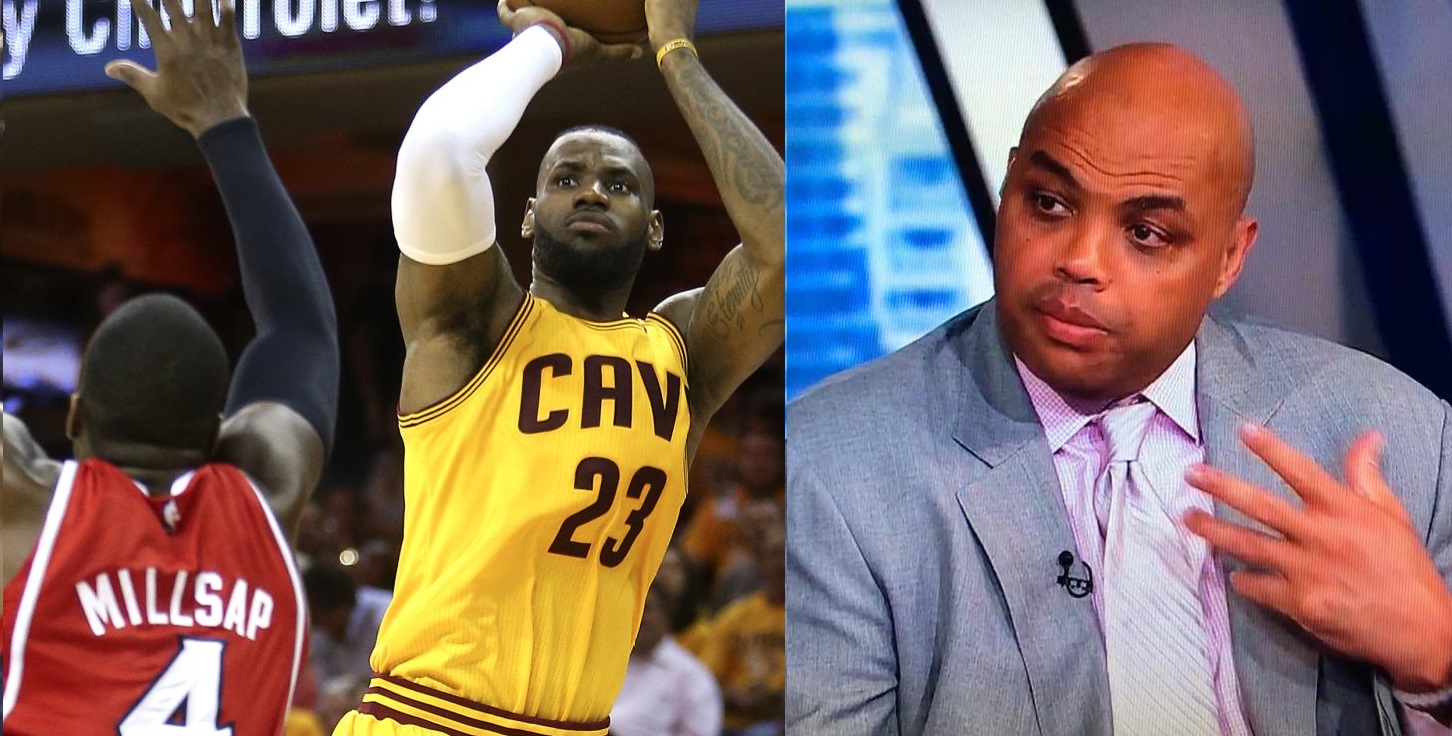 LeBron James just had one of the greatest, if not THE greatest, NBA Finals performance in the history of the NBA. His utter dominance on the game was displayed by his 29.7 points, 11.3 rebounds, 8.9 assists, 2.6 steals, and 2.3 blocks per game, leading every player on both teams in all five of those major statistical categories for the first time ever in NBA history.

The very impressive and improbable Finals victory against the best regular season team in NBA history took LeBron’s legacy to a whole other level, and after winning one for Cleveland, James could start being compared to Michael Jordan.

Apparently, James’ performance was not enough to crack the top five players of Charles Barkley or even put LeBron in the same conversation as Jordan. Barkley joined the 94WIP Morning Show with Howard Eskin late last week to discuss the LeBron-Jordan comparison.

“The only problem I have with it, I don’t know how he just passes Kobe Bryant and Tim Duncan,” Barkley said. “Now if he wins a couple more championships, yeah he’s in that conversation, but that’s a long way to go.”

Barkley later talked about his personal top five players in NBA history, a five he says will never change.

A very respectable top five, but it could be argued that a couple of those guys didn’t have nearly the amount of competition back then as the league does now. Still, if this reaches James, he likely won’t think much of the ringless-Barkley’s opinions, but it could only motivate him further to try and be the best player in the world.