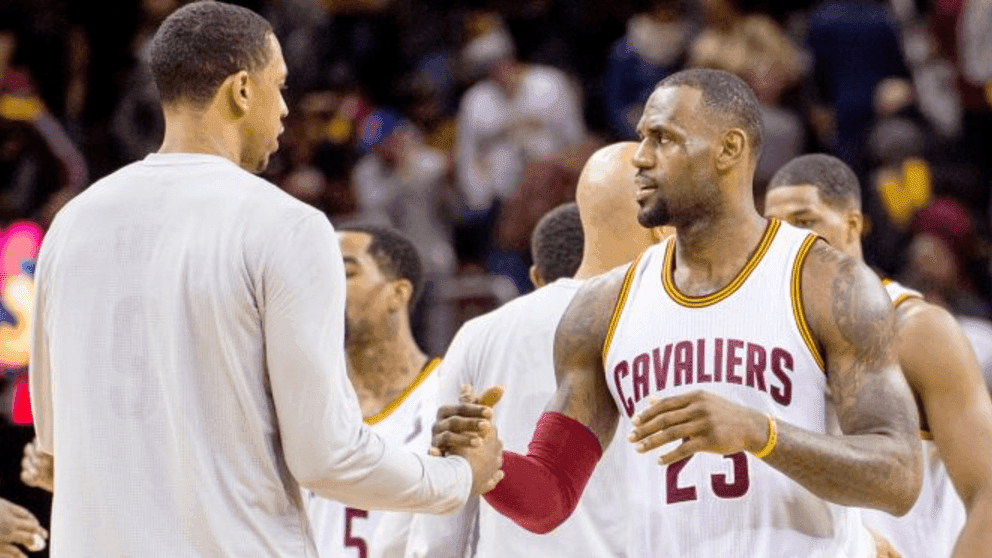 Channing Frye has quickly endeared himself as a fan favorite amongst the NBA’s defending champion Cleveland Cavaliers. His veteran savvy and light-hearted humor brings a certain level-headed mindset to his teammates. Players like Frye are often a crucial component to championship caliber teams.

Frye’s impact through Cleveland’s first 12 games of the season has been remarkable – especially from the beyond three-point line. He’s shooting the three-ball at a 47% clip (28-60), while averaging 11 points and three rebounds per game off the bench. Furthermore, Frye currently ranks 8th amongst the NBA’s top-ten percentages from three-point land.

On Friday night, the Cavs hosted the Detroit Pistons inside Quicken Loans Arena, which resulted in a 104-81 victory for Cleveland. Just before the game, Frye had a special statement for his teammates. Speaking directly to LeBron James, Frye implied that the Cavs needed to get a big win before their upcoming four-day break.

“Channing asked for it before the game,” LeBron James said after the Cavs’ victory. “He looked at me before the game and said we need to get a big win so we can get some rest. It’s a great point in the schedule for us right now; we don’t play ’til Wednesday. Channing asked for it, and we were able to execute our game plan. The coaching staff gave us a great one, and offensively and defensively, this is the best we’ve played all year as far as close to 48 minutes.”

Maybe Frye’s comments lit James’ competitive fire. After all, The King has been known to take certain comments to heart. All things considered, this Cavaliers squad seems to have come together; not as only teammates, but also as friends – ready to defend their championship.