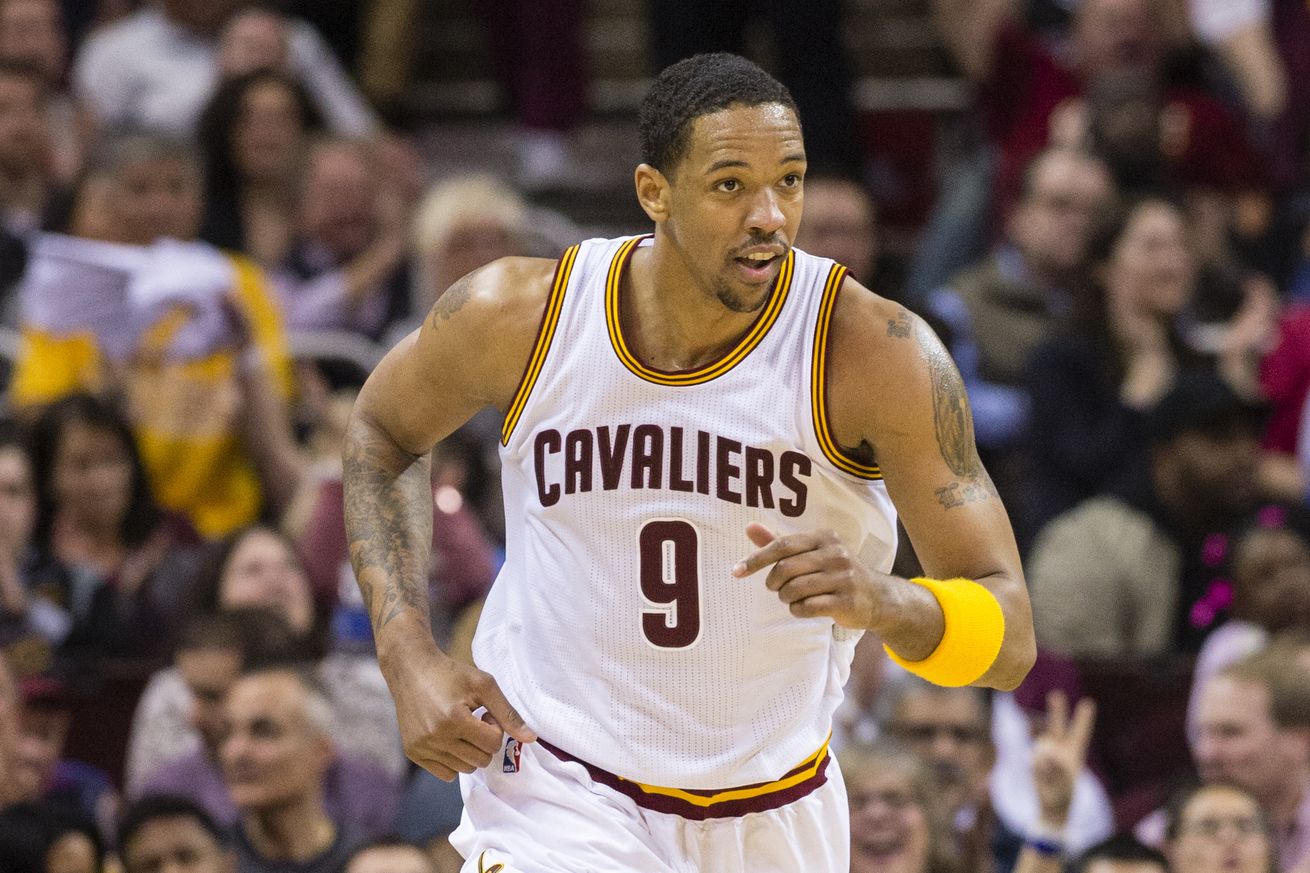 Ask any chef and they will tell you that one dish doesn’t make a meal. A fillet mignon isn’t complete without some veggies on the side, nor is a Big Mac the same without its large fry. Similarly, one player doesn’t make a basketball team. LeBron James may be the best player on the planet – the beef bourguignon of the NBA if you will – but he simply cannot do it alone. The Cleveland Cavaliers will need select side dishes if they want to hang with the best of them in the 2016 NBA Playoffs. Luckily for the Cavs, they have a great one in power forward/center Channing Frye, and so far this postseason, Frye has brought more than deep dishes to the Cleveland menu.

Channing Frye was brought to the shores of Lake Erie from sunny Orlando on February 18th in a three-team trade involving none other than former Cleveland lifer, Anderson Varejao. While the Wild Thing’s loyal, lovable persona would make for some big shoes to fill, Frye’s on-court production soon made fans forget all about Varejao.

In Frye’s first month in a wine and gold uniform, the 6-foot-11 Arizona product averaged an impressive eight points, four assists, and four rebounds, shooting well over 50% from deep in just 15 minutes-per-game.

While a simple glance at the box score made a mark on its own, it was in the increasingly-prevalent advanced metrics where Frye truly shined. During that time, Frye put up a team-best 114.1 offensive rating, while trailing only Richard Jefferson in defensive rating, giving him an impressive +13.2 net – nearly four full points better than LeBron James. To put a cherry on top of his impressive first month with the team, Frye also led the Cavaliers in true-shooting percentage, with an otherworldly 72.5% and also with his +3.25 assist-to-turnover ratio. While the loss of Varejao made for a tough pill to swallow, the benefits of David Griffin’s roster-tinkering quickly became evident, as Frye hit the ground running with his new squad.

However, the most impressive statistic for Frye was his standing in ESPN’s breakthrough real plus-minus metric. Although he averaged just over 17 minutes-per-game on the season, Frye ranked fourth among power forwards in RPM, trailing only Draymond Green, Paul Milsap and teammate Kevin Love. Regardless of minutes played, Channing Frye simply came to play.

While he began to cool off a bit as the regular season came to a close, Frye still finished his first season with the Cavaliers with some impressive numbers, even compared to his best seasons of his decade-long NBA career. In 26 games, Frye posted top-three career numbers in player efficiency rating (14.9), true-shooting percentage (58.6%) and win shares per-48 minutes (.157). However, it was not until the postseason rolled around that Frye’s summit was discovered.

After sitting out of Game 1 of the Cavaliers’ first-round series against the Detroit Pistons because of a mysterious DNP-CD, Channing Frye burst out like a man on fire. His numbers, in less than 15 minutes-per-game have been nothing short of incredible to this point in the playoffs.

Through the Cavaliers’ first 12 games, Frye is averaging nine points-per-game; however, those nine points have been earned at an astoundingly efficient rate to this point. Of players who attempted more than 10 threes this postseason, Frye is leading the league with an astounding 57.5% clip from deep. He is also at the top in true shooting, with 80.9% – nearly 20 points better than either of the infamous “Splash Brothers” in Golden State. Add on that his elite numbers in all of the offensive, defensive and net ratings are each at or near the top of the league, and it becomes hard to argue that Frye hasn’t been one of the absolute best offensive players in the league this postseason, regardless of minutes played.

However, it’s not just offensively where Frye shines. Up until Game 3, when the Raptors began to claw their way back into the series, Frye was posting one of the league’s best defensive ratings, at a stout 96.4 points allowed per-100 possessions. What’s more impressive is his man defense. As a player mostly described as one-dimensional, Frye has played very solid man-to-man defense to this point in the playoffs. Again, up until Game 3, he was holding his man to a whopping 5.7 percent lower than their average field goal percentage.

Since Toronto’s double-whammy response, those stats have regressed slightly (100.6 oRtg and -3.9 opponent FG%), but he still remains very solid in each defensive metric, especially for a player known strictly for his offensive game. He may be averaging less than half of a block and half of a steal to this point, but he’s doing a phenomenal job at stifling the man he is defending and holding his own on that end of the court. Pair that defensive production with his lights-out offensive output and Griffin’s decision to trade a fan favorite for Channing Frye becomes even more impressive.

So, how exactly should the Cavaliers continue to utilize the hidden gem they have in Frye as they progress through the playoffs? Luckily for Head Coach Tyronn Lue, the big man’s versatility as a player provides them with multiple options. Frye fits in well with both the starters and the bench players, and his ability to line up at either position down low gives Lue the chance to experiment and tinker depending on the situation and matchup at hand. The Cavaliers’ best lineup by net rating to this point in the playoffs is the bench unit comprised of Matthew Dellavedova, Iman Shumpert, Richard Jefferson, LeBron James and Frye; however, it is not just with other bench players that Frye thrives. The team’s third best lineup just so happens to be Frye lining up alongside four other starters – Kyrie Irving, J.R. Smith, James and Kevin Love. 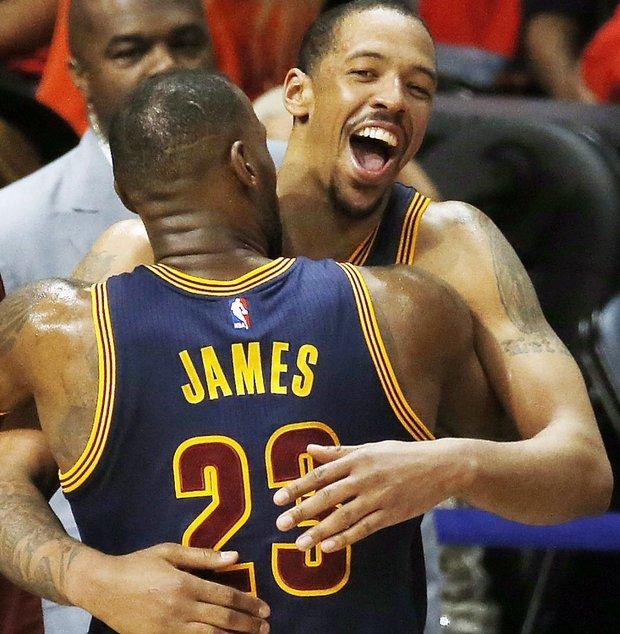 This fluidity between varying teammates is a great asset to the Cavaliers. Need to give the starters a bit of a rest? Throw out Frye with just one of the “Big Three” and some other bench players and they’ll keep you in the game. Want to go small and overpower the opponent offensively? Replace Tristan Thompson with Frye and you have five players capable of sinking a three. This kind of versatility could be huge as the Cavs continue to trudge toward their goal of winning the city its first championship in over half of a century.

All-in-all, the acquisition of Channing Frye has proven to be another masterstroke by GM David Griffin. With his elite postseason play on each end of the court paired with the tremendous versatility Frye provides, he has proven to be a great asset as the Cavaliers continue their march through the Eastern Conference.

Moving past Frye and looking at this team and its body of work through 12 games this postseason, it has become glaringly obvious that this team is flat-out hungry. Regardless of what is put in their way, as the Cleveland Cavaliers continue to drive through the East, you can bet your bottom dollar that they will most certainly want some Frye with that.

All stats via NBA.com 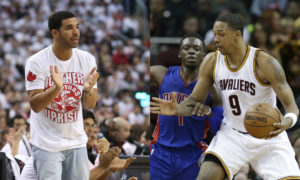