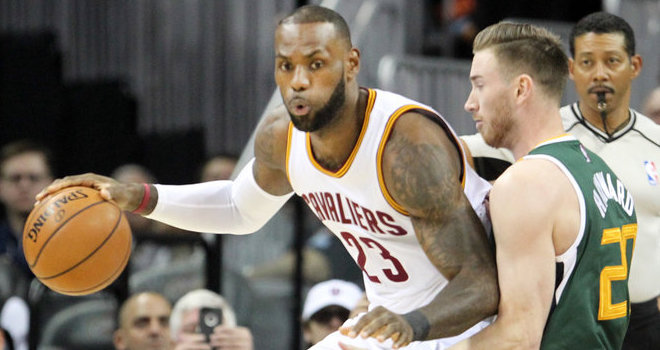 The summer is in full heat and the anticipation for NBA 2K18 with the release of some of the player ratings are only making the water boil — but for now a preview of a very different Boston Celtics team and the Eastern Conference champion Cleveland Cavaliers in NBA 2K17 will do.

The simulation features Gordon Hayward in his new Celtics jersey along with the usual suspects, all a part of a fireworks show in a high-scoring affair at Quicken Loans Arena.

Isaiah Thomas does his part on this simulation, making eight of his last nine buckets down the stretch and finishing with a 50-point night, including eight assists — a clear rendition of this past playoffs’ heroics in the first two rounds of the postseason.

The Cavs countered with triples, but were most effective going away from Kyrie Irving’s isolation-heavy plays and instead got most of their buckets from James’ drive-and-kick game.

Hayward made the ultimate difference though, making a clutch couple of threes, including a wide-open corner shot to give his team a 131-128 lead with 37 seconds to go, breaking the tie.

Cleveland was hit with a technical foul after a pair of Thomas free-throw, giving the Celtics a free-throw and the ball, putting the game completely out of reach for the Cavs in a 136-130 loss.

While there are many other pieces to be sorted out for both teams, the biggest is the presence of Irving within the locker room, which will make a difference in the mood and chemistry within the team.