Cavs’ X-Factor in 2022 NBA Play-In Tournament vs. Nets, and it’s not Darius Garland 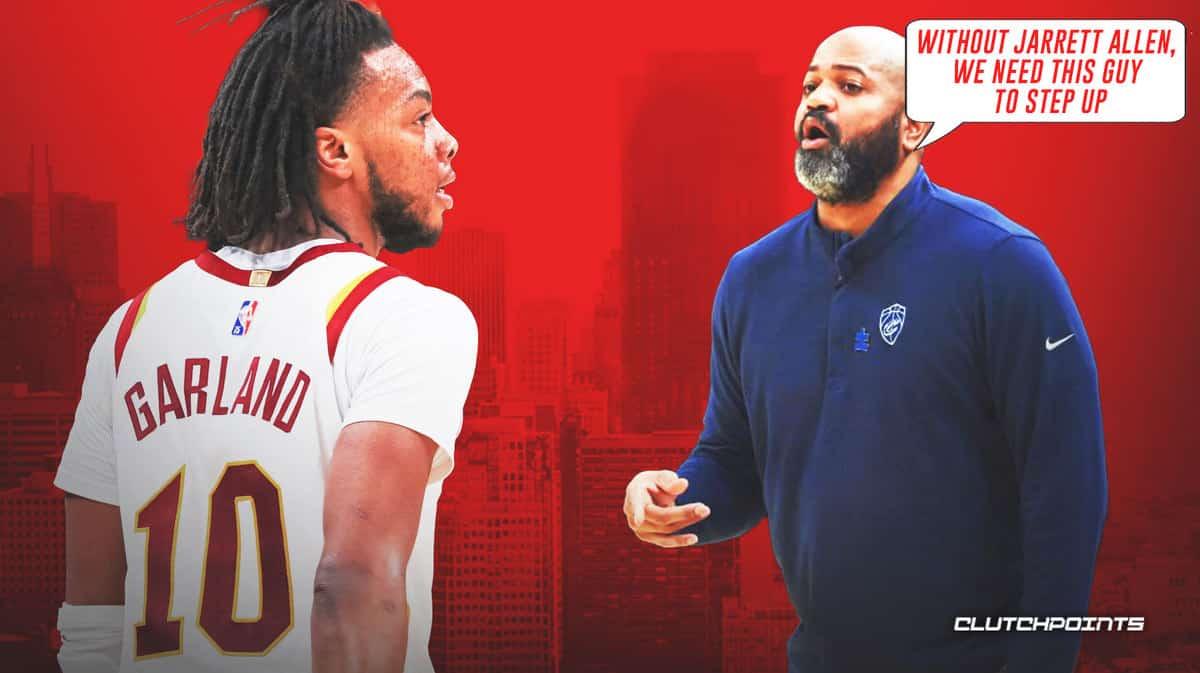 The Cleveland Cavaliers have an important matchup against the Brooklyn Nets in the 2022 NBA Play-In Tournament. Cleveland was not expected to make it this far entering the season, as they have a young and inexperienced group. On the other side, Brooklyn was expected to be a top seed in the conference. Major changes were made throughout the season with the roster and availability of players. Still, it will be a tall task for the Cavs to take down the Nets.

Kevin Durant and Kyrie Irving are two of the game’s best players. Both have championships under their belt. This gives the star duo an understanding of how to win when it matters most. The Nets are comprised of veterans who have playoff experience and know what it takes to win in a playoff atmosphere. That experience gives Brooklyn the edge in this game unless the Cavs young core rises to the occasion.

Darius Garland has emerged as a young star, leading the Cavs in scoring and assists. His impact on this game will be vital to defeating the star-studded Nets. Garland made it to his first All-Star game, averaging 21.7 points per game and 8.6 assists. He can make defenses pay, especially if they leave him open behind the arc, as he shot 38.3 percent from downtown.

Although Garland has had a phenomenal season, he will not be the X-Factor for the Cavs in this game.

The Cavs X-Factor for this crucial matchup is none other than rookie phenom Evan Mobley. Mobley has been sensational in his rookie campaign, showing his impact on both ends of the floor. He averaged 15 points per game, along with 8.3 rebounds and 1.7 blocks. He shot 50.2 percent from the field, 25 percent from three, and 66.3 percent from the free-throw line. While his efficiency has room for improvement, Mobley has shown that defenses need to respect his scoring on all three levels.

After Sunday’s win, Mobley spoke about the upcoming Play-In game, saying “Everyone’s gonna come out here with a lot of energy and really just play their hardest. So I have a good feeling about it.”

His confidence and skill level in his rookie campaign allowed him to be a true difference-maker. Cleveland will need him to dominate against the Nets, who lack an elite rim protector. The Cavs will also be without All-Star center Jarrett Allen, who is great at crashing the glass and challenging opponents at the rim.

Mobley is good in both of those categories but will need to take a step further in an important matchup. Nets center Andre Drummond has made a career out of grabbing rebounds at will, which will force Mobley to work harder on both ends of the court. Nets star Kyrie Irving also puts pressure on the defense, as he is able to get into the paint, and his finishes are amongst the best in the league. It will be up to Mobley to contain him once he gets into the paint by disrupting his shot.

His offensive skill set will be just as important against a Brooklyn team that doesn’t have a great defense. Garland will take most of the defense’s attention due to his scoring ability. This should lead to more open looks, as well as play designs for Mobley to get to work.

Mobley’s play will be the X-Factor for the Cavs in the 2022 NBA Play-In Tournament as they try to upset the heavily favored Nets.