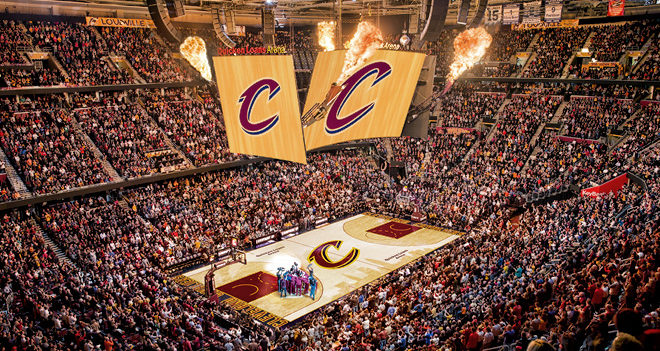 The Cleveland Cavaliers are still ways away before having the NBA All-Star Game back in home soil for the first time since 1997.NBA deputy commissioner Mark Tatum informed the team that they would remain unable to host the All-Star Game Weekend in 2020 or 2021 if the construction of a new arena doesn’t go through or upgrades to their current Quicken Loans Arena aren’t underway by a Sept. 15. deadline.

The letter sent to team owner Dan Gilbert — obtained by Robert Higgs of Cleveland.com — read that the NBA will seek other potential hosts for the mid-February festivities until plans are set on paper.

The NBA had initially delayed the possibility to make Cleveland a host city, but couldn’t wait any longer due to the massive amount of preparations and paperwork needed to make the event take place.

The 1997 All-Star Game was held in the old Gund Arena, as the East took a second consecutive win over the West in a 132-120 showdown win.

A $140-million proposal to upgrade the 22-year-old “Q” included the addition of a glass facade, which would allow for the construction of restaurants and bars inside the facility, one which would be expected to culminate in 2020.

They cost estimates for the proposal range from the proposed $140 million to as much as $282 million over the next 17 years. The Cavs organization would shell out $122 million toward the total, while the city of Cleveland would pitch in with $88 million in taxpayer funds.

Yet this allocation of tax funds hasn’t sat well with those in the committee, delaying the proposal in the Ohio Supreme Court. An alliance of the Greater Cleveland Congregations argued that those $88 million could be used instead to address poverty, unemployment, and living conditions in the surrounding parts of Cleveland — a city that has struggled historically to make ends meet. 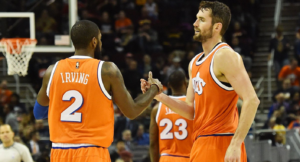