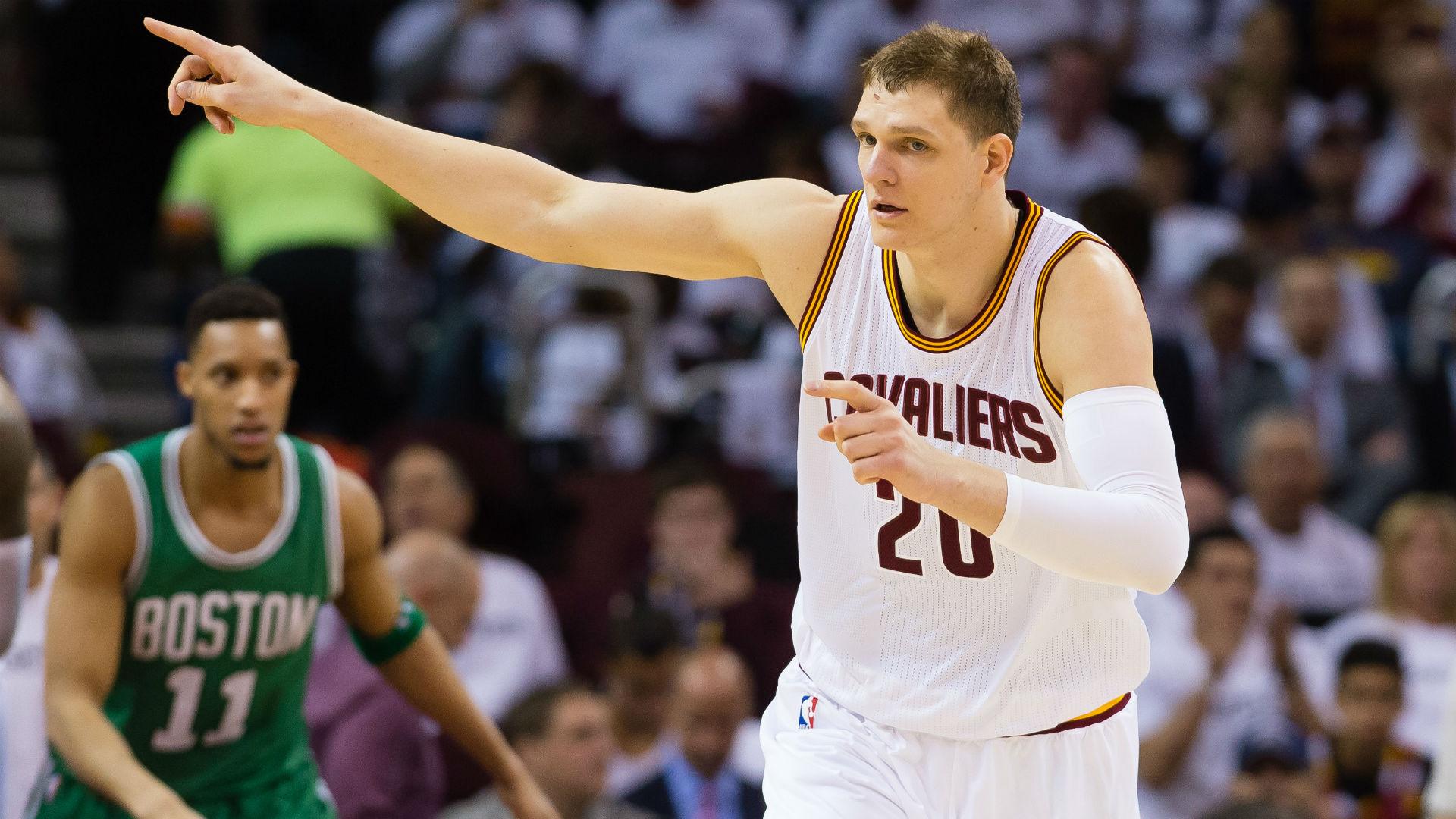 When less means more. That kind of thinking not only applies to LeBron James’ minutes but to Timofey Mozgov’s as well.

Mozgov is currently listed at 275 pounds which is still heavy for his 7’1” frame, but the Russian center has been working on getting back to tip-top shape after an offseason knee surgery, and Coach David Blatt is all praises on the big man’s effort.

“He’s working real hard, strengthening. He’s dropping a little bit of weight, which is good,” says Blatt. “That takes pressure off the knee. And getting himself in the kind of shape that he’s going to have to be in as we get further and deeper into the season. But I think he’s feeling better and I think it shows in his play.”

Apparently, his knee is still bothering him but he knows he’s in good shape, or rather, on the right track to recovery.

“I’m cool. It’s not like I’m super heavy or something. It’s more like we’re off to this great start to the season, but it was not a really pretty summer for me so I need to keep working,” said Mozgov regarding his knee. “I’m late on a lot of things so I just have to pick it up and my body should be right. So I’m just trying to be in better shape. I mean, I’m not like in the worst shape. No. No. But you always want to be better, right? So I’m trying to do that.”

“You got to be smart about workouts. We got a long season. Of course you do work out and some extra work, but sometimes you have to take a rest. Sometimes it’s weight training. It doesn’t have to be the basketball court every time.”

It helps that Cleveland has one of the deepest big man rotation in the league right now with Anderson Varejao, Tristan Thompson, Kevin Love, and Sasha Kaun all capable of manning the slot for the Cavs from time to time in place of Mozgov. It’s a luxury that Coach Blatt gushes about and he won’t hesitate to sit Mozgov if he sees anything concerning out of the team’s starting center.

“If necessary. Because this year, unlike last year, we’ve got six bigs. We didn’t have that last year. So, if necessary. But it’s not something we’re necessarily aiming for.”

Blatt has already shown from last year that he’s very comfortable finishing games with Thompson and this left Mozgov watching fourth quarters on the bench, so don’t be surprised if we see more of this from the second-year NBA coach. Through five games, Thompson has averaged 24.6 minutes per game off the bench and finishing most fourth quarters while Mozgov is averaging 21.6 minutes and is usually on the bench late in games.

RELATED: An In Depth Look At The Cavs’ Front Court Rotation

Despite the minute-reduction or any potential fourth quarter benching, Mozgov’s value to the team is not at all diminished and he remains to be the Cavaliers’ lone reliable rim protector and one of their best, if not their best, big man finisher. This is a long season and big things are yet to come out of Timofey Mozgov.