Cavs: Why the 3rd Quarter Blues? 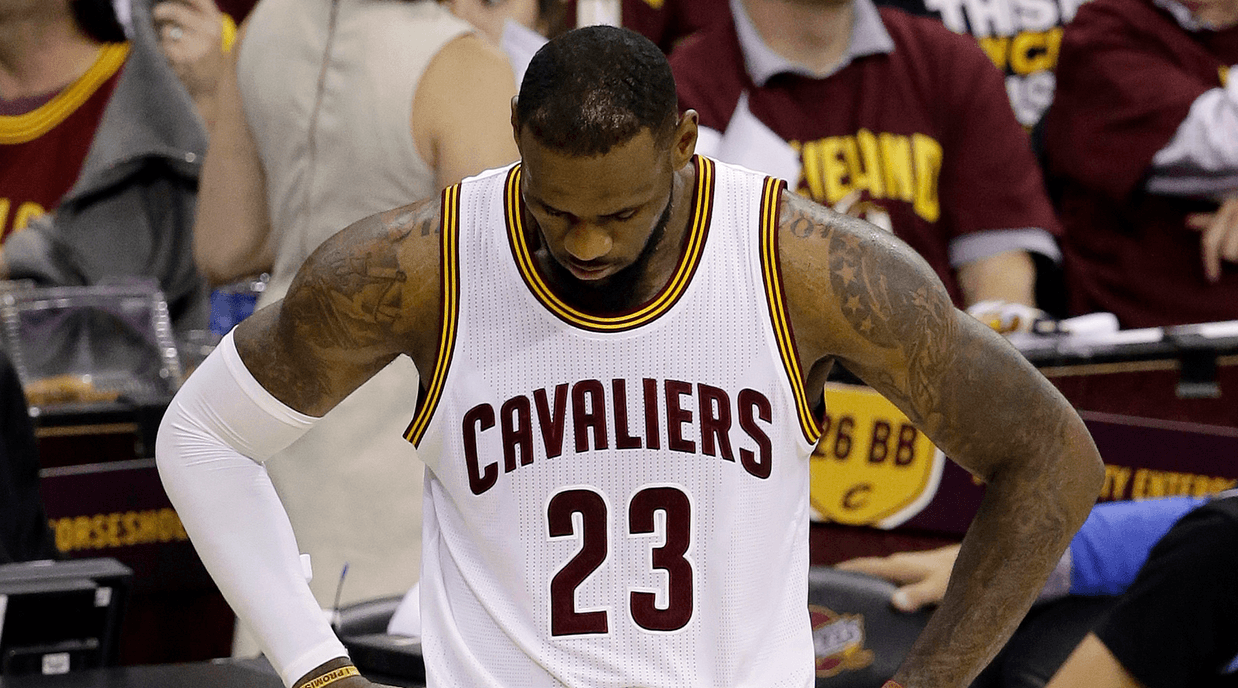 For an optimal experience, read while listening to the great Bob Dylan:

I couldn’t have said it better myself, LeBron. In the past five games the Cavs have been outscored four times in the third quarter, and the only time they were positive came during the poor loss to Boston on the 5th. Maybe some of it comes from fatigue resulting from the up-tempo offense, or perhaps the Cavs players are indulging too much in the halftime wine and cheese. One thing is for certain, the Cavs are going to have to find a way to remedy this problem because they can’t afford to drop easy wins against teams from the east.

By the numbers the Cavs are getting hit hard in the third. The Spurs were able to hold on during a quarter that should have been the shutout moment. Indiana literally doubled Cleveland’s scoring totals, 30 to 15. Charlotte came close outscoring the Cavs 33 to 17 and even in Cleveland’s win against the Pelicans they were outscored 27 to 20, reopening a game that should have been over. Even against the Lakers, a team who for some ungodly reason still employs Byron Scott, the Cavs were only able to outscore the Los Angeles Kobe’s by two points.

When asked what he thought the third quarter issues were LeBron responded by saying that “I don’t know what it is. I know the coaching staff will try to pinpoint what the case may be. We’re doing a good job of playing great basketball in the first half, and our third quarters are pretty awful right now. We’ve got to try to figure that out.” While I don’t claim to have all the answers, an initial observation shows a lack of energy. The Cavs come out of the locker room slow, not just in the third, but in the first as well. The Cavs don’t seem to have an answer to a revamped defense either. Against Charlotte LeBron shot an abysmal 3/10 from the field, making a grand total of zero three point shots in the process.

A good portion of the 3rd quarter woes, however, stem from muscle memory. While initially in games the Cavs are passing the ball well, coming out of the half often play reverts from Lue’s new pass first system, back to the Iso ball play of LeBron or Kyrie Irving. This sloppy selfish play reared its head most blatantly after Kevin Love went down half way through the third against the Celtics where LeBron started to take far more contested jumpers than anyone but JR Smith ever should.

Iso ball carried the Cavs to the finals, and even got them a 2-1 lead, why now are the Cavs cutting it close against teams like Indiana or Boston? As Fear The Sword writer Carter Rodriguez points out, it’s because the Cavs cannot shoot. LeBron is shooting at an absolutely miserable clip, his three-point percentage is an abysmal .267, down almost .1 from last year. Kyrie Irving is shooting poorly as well, currently hitting only one in four three point shots he attempts, and until the 32/12 game against the Kings was not the active scorer for the Cavs. Even Iman Shumpert and JR Smith, players labelled as “3 and D” threats for the Cavs have seen their shooting percentages drop.

It isn’t just three-point shots, the Cavs are really dropping the ball at the charity stripe. Cleveland is shooting at a lowly .728 conversion rate on free throws, something that has plagued LeBron James since his entrance into the league. That .728 earns the Cavs the 24th spot in the league, only passing teams like Detroit and the Clippers who are modern day Hack-a-Shaq kings (Ironically Golden State sits only a spot above Cleveland at 23). These are not good numbers for a LeBron James team, one whose best player focuses on driving to the basket and getting an and one. The Cavs lost the game against Boston solely because of free throws, going 21 for 35 from the stripe; even one of those shots would have completely turned the game, and hitting several would have almost guaranteed a blowout. This is the real shooting issue that needs to be addressed, either by shaping up over the All Star break, or a trade (Kyle Korver anyone?).

Maybe it’s a bit dramatic. The Cavs still hold a three game lead on the Raptors, and a seven and a half game lead over the third placed Celtics. During a refocusing stage the Cavs are eight for eleven, they have an entire week to rest ahead of them and by the end of the season should still hold onto the first or second seed in the east. The Cavs aren’t perfect right now, in fact they really aren’t championship contenders at the moment, however they’re far closer than there were two weeks ago, and they’re going to keep getting closer throughout the season.