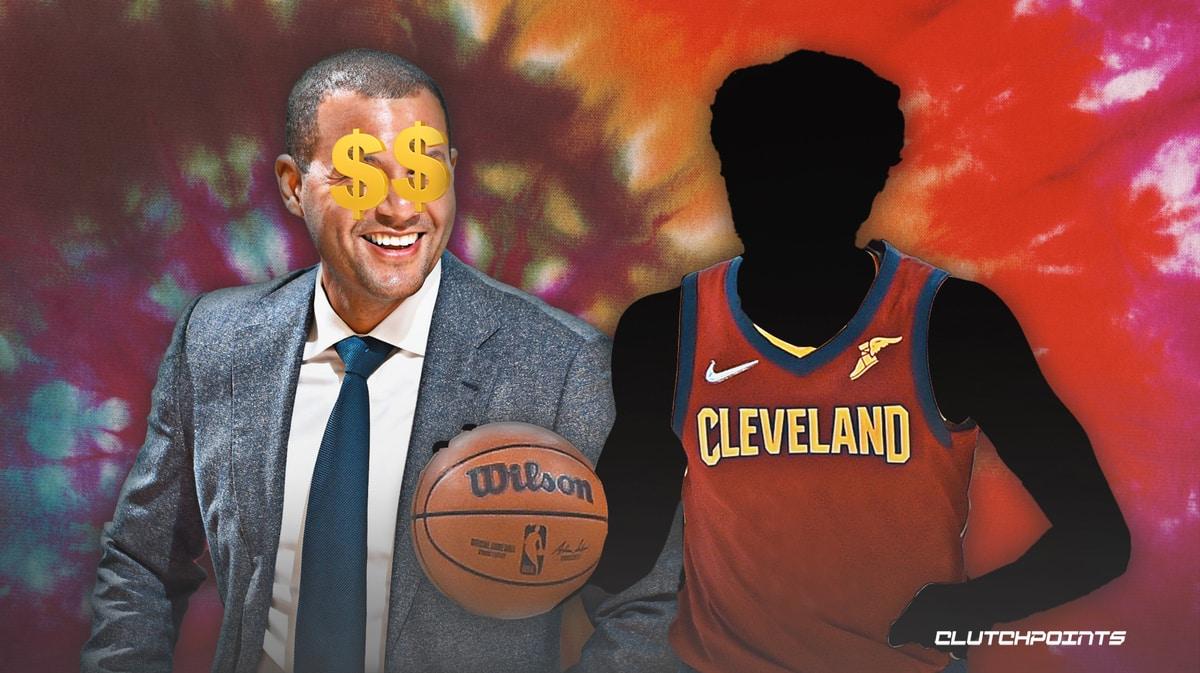 Despite a wildly successful season for the Cleveland Cavaliers, they find themselves in a familiar position on the NBA’s quirky, but impactful lottery night. A late slide caused the Cavs to slip just outside the playoffs. It’s a disappointing result, but the future is undeniably bright.

In the 2022 NBA Draft, the Cavaliers have one last shot to add a lottery pick to their roster before they anchor their spot at the top of the Eastern Conference for the foreseeable future. The Caris LeVert deal prior to the trade deadline almost cost the team their first round selection this year, but with Altman sliding in a top-14-protection on it, the pick will instead transfer to the Pacers next season.

Odds are that the Cavs will stay put at the #14 slot in this year’s draft, but there’s a sliver of hope that they could leap into the top four. They have a 2.4% chance of doing so, to be exact. Cleveland is no stranger to jumping up in the lottery. They’ve received the #1 pick three times in the last ten drafts (Kyrie Irving, Anthony Bennett, Andrew Wiggins). In 2003, they drafted the most anticipated NBA draft prospect of all time at #1, as well. Then of course last year, they scored the #3 pick and picked up Evan Mobley.

So why not be optimistic? History lies in the favor of the Wine & Gold. If the impossible happens and the Cavs jump up to the top four, then what the heck happens? There is no consensus top prospect in this draft class. The top players aren’t your traditional wings, the one roster spot that Cleveland is lacking elite talent in.

Let’s dig into the top of this class and see who would make the most sense for this up-and-coming squad.

If the Cavs are so lucky as to get a shot at him, then Chet Holmgren should undoubtedly be the guy for them. The big man out of Gonzaga bears quite a bit of resemblance to Evan Mobley as a prospect in last year’s class. Standing 7-feet tall, he brings an incredible amount of skill and smarts to the table. He’s the guy who will cover up for whatever weaknesses the team around him has.

Don’t let weight concerns diminish the value he brings to the table in every other area. He can shoot. He can pass. He can dribble. And he has NBA All-Defense potential. The fit with the Cavs isn’t obvious. Evan Mobley and Jarrett Allen have the power forward and center slots locked down for a long time. For the time being, Chet would fill in the void that Cleveland has at their backup big position, giving the team the best assortment of big men in the NBA by far.

Paolo Banchero has just as good a case to be the top prospect in this year’s draft as Chet Holmgren. He’s another guy who’s absurdly skilled for his size. The freshman from out of Duke took on a large chunk of ball-handling duties for his team and excelled at doing so. Very few guys as big as him have the off-the-dribble ability as Paolo, given his handle, 3-level shotmaking, and passing vision.

Offensively, he provides many similar traits to the Cavaliers that Mobley does, in the same way that Holmgren provides many similar defensive traits. However, stacking up on talent is certainly never a bad thing. Banchero would likely take on a 6th man role for Cleveland until he plays himself out of it. They would likely have to make a business decision eventually, as they would with Chet as well. But you can’t pass up on the promise that the top 2 prospects in this class have.

What’s better than adding Collin Sexton to last season’s Cavs? Adding another Sexton-esque guard! Jaden Ivey is a nuclear athlete with just enough skill to pull it all together. Ivey has the size and strength of a smaller wing, but has the ability to operate as a primary ball-handler. The sophomore out of Purdue effortlessly puts pressure on the rim, draws contact, converts tough finishes, and kicks the ball out or drops it off to a big.

There are a lot of chefs in the kitchen in Cleveland. Darius Garland, Collin Sexton, and Caris LeVert are already sure to absorb the majority of ball-handling duties in Cleveland. Given Ivey’s size and improving shooting ability, he can provide good value off-the-catch as well. It’s likely not the best utilization of his skills, but his adding his tantalizing skillset to the Cavs makes the team even more dangerous.

Standing 6’10”, Jabari Smith is one of the best, if not the best, shooter in the draft. He did loads of damage for Auburn with some excellent shotmaking from deep and mid-range. Jabari can get his shot off over anybody and is unbothered by even the best contests. He also provides some strong defensive versatility, given his movement tools and effort level.

In a high-usage role, Smith is limited in his ability to generate good looks for himself and bend the defense, often settling for the tough looks that defenses want teams to take. A lesser role in the pros is an ideal route for him, where he can continue to work on his handle and finishing in off-the-catch situations. Although traditionally a power forward, Jabari Smith could thrive doing the same things Lauri Markkanen did this year for the Cavs, and probably outperform him.