What the Cavs learned about Kevin Love this season 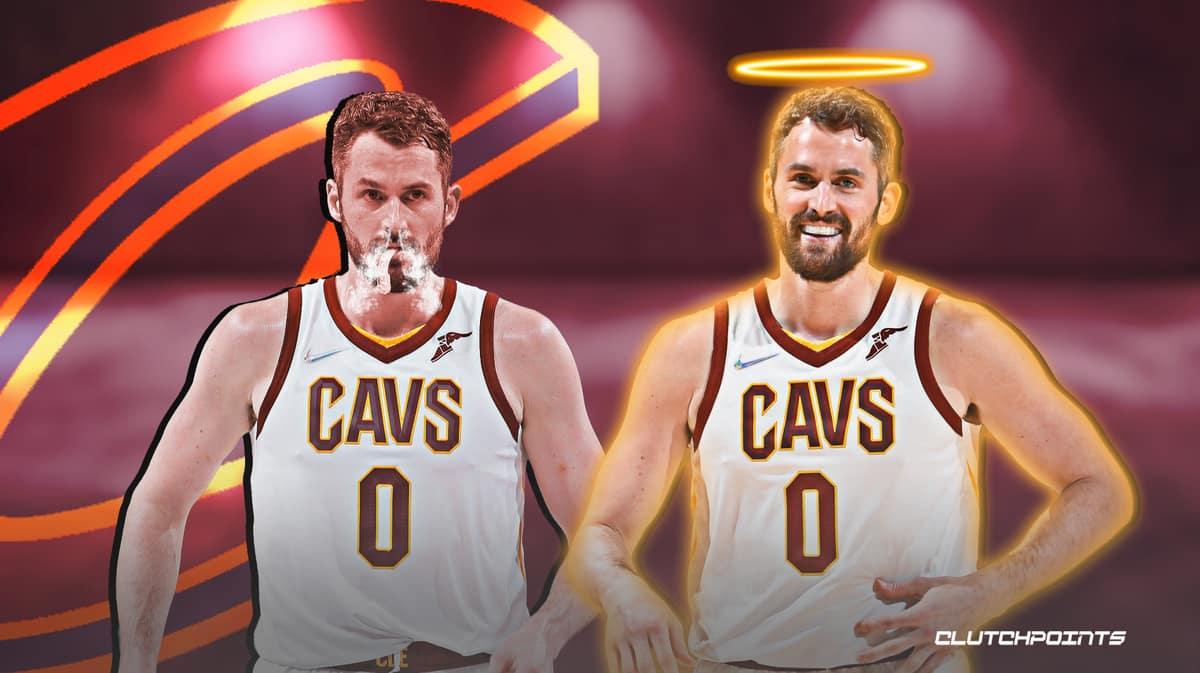 Kevin Love’s time with the Cavaliers has been one full of constant turmoil. From being traded for the first overall pick, to being the one who “fit out” during LeBron’s time in Cleveland, to disappointing playoff performances, to temper tantrums in recent years, to a pitiful Team USA showing last summer, to an impressive season off-the-bench this year.

For the first time in a post-LeBron season, the Cavs experienced consistent winning success. As an older player, Love very visibly struggled with the losing ways and prioritized development of youngsters. It became very hard to defend many of his actions over the past few years.

With his clearly bloated contract, deteriorating level of play, the injury bug constantly clouding him, as well as the introduction of Evan Mobley and Lauri Markkanen, there were very valid questions rather he would even be playing for Cleveland this season, even if they kept him on the team. Few people, if any, saw the U-turn that he was about to make this season.

Far and away the most notable aspect of Kevin Love’s game for the Cavs this season was his shooting. Over his career, he’s taken on a very impressive developmental arc in regards to his jumper. For some time now, Love’s been an elite floor-spacing big, the skill he’s most known for.

Kevin Love helped propel the Cavs to victory with his own personal Cavalanche midway through the 3rd pic.twitter.com/ofTVabzcyX

The former champ came out guns-a-blazin from deep. The volume and accuracy in which he shot the ball was rather ridiculous. In limited minutes he put up a ton of attempts from beyond the arc, no matter if they were contested or not. Even inside the arc, the majority of his field goal attempts were jump shots.

Love’s never been an athletic force, but he’s certainly not the bruiser down low he used to be. His game is almost entirely reliant upon finesse. It’s hard to maintain much consistency when your game is primarily centered around tough shotmaking, but when you’re one of the best in the business at it, you have a chance to put up the season that Kevin did.

It was also exceedingly evident that he switched up his effort level to another degree. Love was notoriously lazy on the floor throughout nearly his entire tenure with the Cavs. That was most obvious defensively. That wasn’t so much the case this season.

The Kevin Love of old would complain about the no-call as he walks back on D.

He’s still upset here, but he sprints back to prevent the Bulls from having an advantage. Then makes a play, forcing Vucevic to cough up the ball pic.twitter.com/j1QkJYovIs

Now let’s make one thing clear. His defense still was not good. There’s were many moments where it was very competent, and that alone was astounding progress for him. He’s obviously a very negative athlete, so he had to rely on positioning and timing. This showed through as he lead the league in charges drawn.

The uptick in effort and engagement level was present in all areas of the game. He was one of the most exuberant personalities on the bench when watching the game. He looked to get his teammates involved very much, utilizing his high feel as a passer. He occasionally dove on the ground. Grabbed gutsy rebounds. Sprinted the floor.

Kevin Love with a… chase down block?!?!? I can certainly appreciate the hustle. It’s been evident this season. pic.twitter.com/M1D87xSAof

2021-22 Kevin Love was a new man for the Cleveland Cavaliers.

With Kevin Love turning 34 this year, it’s hard to expect him to continue to improve. What we should be looking for from the aging vet heading into next season is for him to maintain his production from last season. Regression should be expected, but it’s obviously not desired.

It’s hard to replicate the shooting performance Love displayed this season. With how talented of a shooter he is, though, he should be able to continue it at something like an ~80% level. Shooting is the most valuable attribute that Love brings to the table, but it’s not the most important towards his future success.

A good amount of Kevin Love’s shots down low are of this variety. Doesn’t play nearly aggressive down low as he once did, settles for a lot of finesse shots pic.twitter.com/tAH9WA0tsy

For Cleveland’s longest-tenured player to continue producing for the Cavs next season, it is necessary that he is once again hyper-focused on minor details and keeping his motor running. These are what elevated his play so much this season from years past. If he wishes to have the impact next season that he did for this one, then that needs to be his highest priority.

Kevin Love’s played just about as good of defense as you coulda hoped from him for the majority of this season, but he can’t let his effort/engagement begin to slide. Just a slight loss of motivation tanks his value on that end. pic.twitter.com/6wsWlWJr84

Kevin Love survived all the trade rumors of past seasons to finally play one with them being practically nonexistent. All eyes will be on him to see if he can keep it up another season.