What the Cavs learned about Jarrett Allen this season 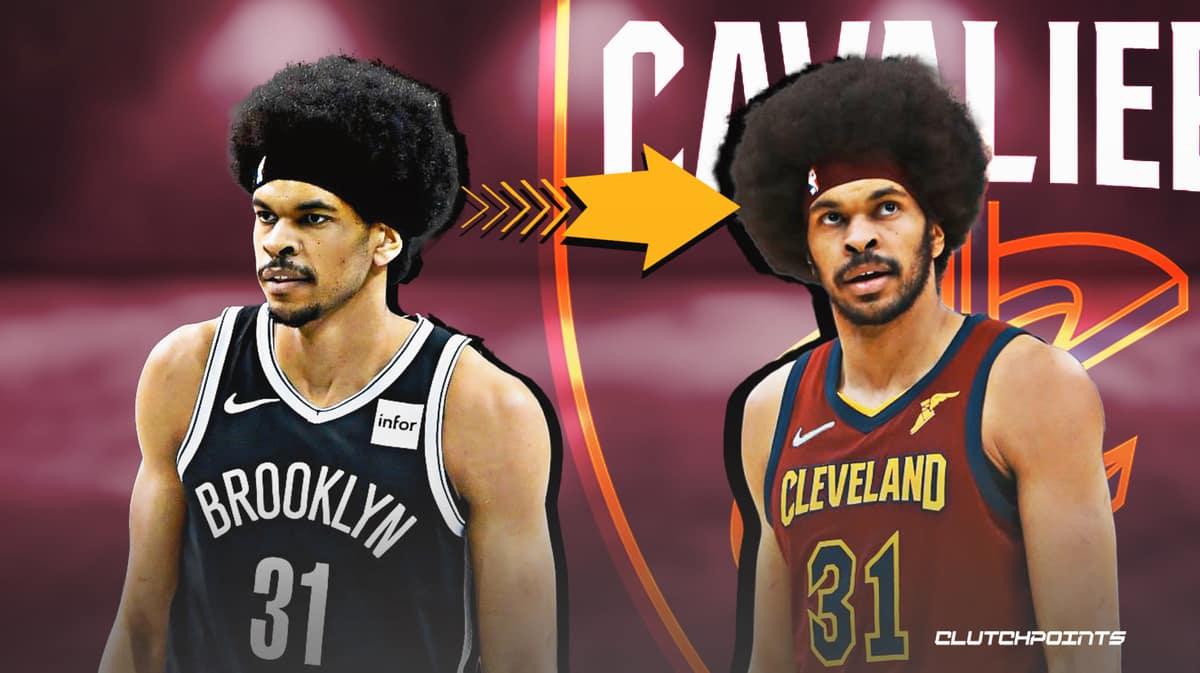 Over the last 16 months, the Cleveland Cavaliers have added a plethora of young talent. Jarrett Allen, Evan Mobley, Lauri Markkanen, and Caris LeVert is a tremendous bunch of players, but there’s one guy who stands above the rest in terms of impact on the team. That guy is Jarrett Allen.

Acquired for a late first round pick, Allen has proven to be a heck of a steal by Koby Altman. He was already a pretty dang good player when the Cavs traded for him, but over the offseason he took some pretty incredible strides. A lot of the progress Jarrett made in his development was little details along the margins. He didn’t make a flashy jump, but it was a substantially valuable one.

That wasn’t always the case with him. Many around the NBA assumed he would cap out as a solid role-player. That’s been far from the reality of the situation this season. Here’s why:

It’s hard to give a quick run down of the strides Jarrett Allen has made this season, because he really did take a leap in impacting the game in nearly every single aspect. He’s always been known for his defense, though, so that’s a good place to start.

Allen’s made a name for himself due to his fearlessness as a rim protector. In a league where many players shy away from contact and the potential of getting embarrassed by the opposition, he could care less. He embraces the challenge. The former Texas Longhorn combines that reckless mentality with all-world physical tools and smart, savvy instincts.

Just a ridiculous recovery and 2nd effort by Jarrett Allen. The majority of NBA centers don’t even try to contest this pic.twitter.com/t9lmf2dUdd

Jarrett has become not only a terrifying force in the paint defensively, but he’s become one of the very best bigs in the league at shuffling their feet out on the perimeter against quick guards. Over several different occasions, we saw him locking down players like Damian Lillard and Trae Young without much trouble at all. If he remained healthy over the course of the entire season, it would’ve been surprising for his name to not be on one of the All-Defense teams.

The defense isn’t the only place that he adds value, though. Allen also happened to be the second most important player for Cleveland’s offense this season, only behind Darius Garland. He has developed into arguably the best roll-man in the NBA. There’s just so many things he does exceedingly well.

Another gunshot of an oop, gives KAT such a slim margin of time to react. And Jarrett is just that guy, he’ll throw down everything pic.twitter.com/CA8mz2mVDy

He’s an elite screener. He’s an elite lob threat, given his hops and catch radius. He’s becoming a pretty solid passer out of the short roll. He’s picked up some nice touch and skill finishes around the rim, both against mismatches and opposing fives.

Your favorite big man wishes he had a bag like Jarrett Allen’s pic.twitter.com/3f3fP3yx8q

The signs were there for Jarrett to take these leaps sometimes in the future, but them all happening at once was rather unexpected. Very few players are capable of catapulting from role player to All-Star over the course of one off-season, but Allen did exactly that for the Cavs.

With all the improvements he’s made, it’s hard to find much improving points for him. Allen is likely pretty close to his ceiling right now, but minor steps can still be made, primarily on the offensive side.

JA displayed some very promising shotmaking over the course of the season, but they were more so extended flashes rather than consistent production. As he continues to work on this area of his game, it’s important that he just continues to build on his confidence and aggressiveness with the ball in his hands close to the rim.

At times last season, the Cavs had few guys who could create shots, mainly due to inexperience and injuries. Next year that likely won’t be the case. Garland is going to want to build upon his breakout season. Collin Sexton and Caris LeVert are going to get their share of shots up. Evan Mobley and Isaac Okoro will be hungry to develop their offensive games.

It’s imperative that he doesn’t allow himself to get left behind, settling once again for a minor offensive role. He’s better than that, but he can force that role upon himself by touching up his skillset as well. Despite what you may think, floaters are a useful weapon to have in the toolbox for bigs. Allen has displayed the ability to hit them, and adding that to his game would make him an even more dangerous threat rolling to the rim.

The floater is going to become a consistent part of Jarrett Allen’s game with time. He continues to flash it. pic.twitter.com/IpdgOtj0Ug

Jarrett Allen took tremendous strides alongside Darius Garland this season, forming a formidable duo in the East. We shouldn’t expect his improvement to cease, despite an improving roster around him. The Cavs have an exciting roster and future ahead of them. Allen is prepared to be a face of this franchise.