What the Cavs learned about Evan Mobley this season 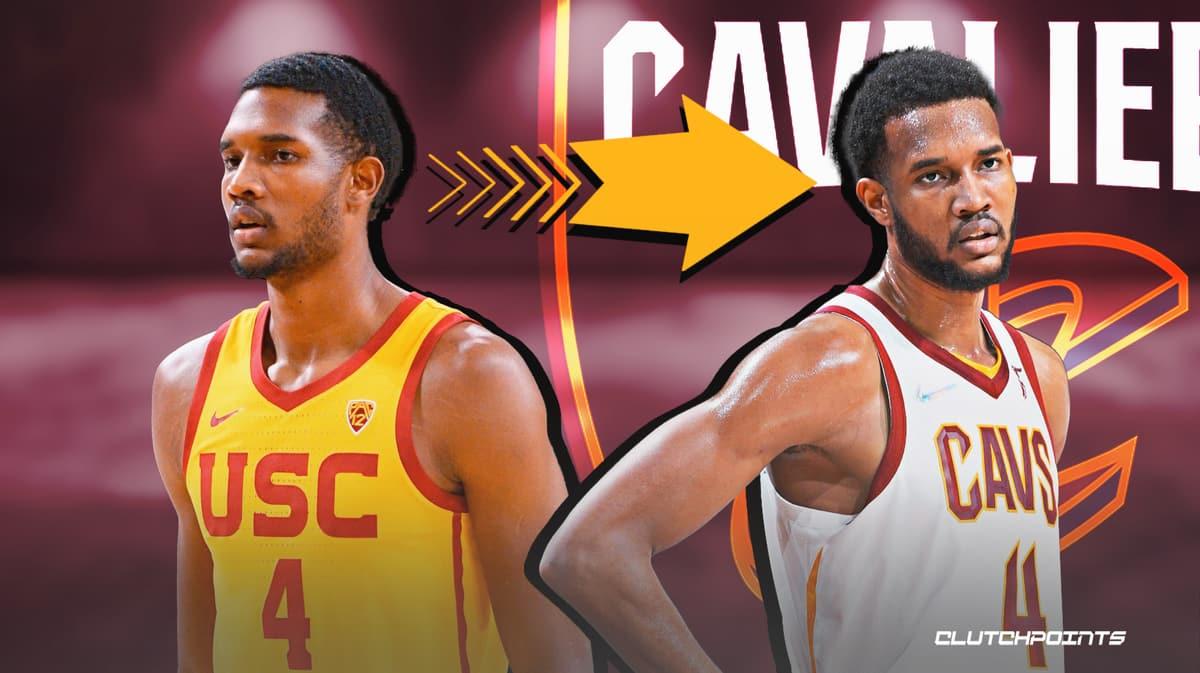 Rookies don’t do the things that Evan Mobley did for the Cavs this season. Despite putting up a rock solid stat line in the first place, the box score only brings into view a small fraction of his impact on the game. Rookies aren’t supposed to be good defenders. They’re not supposed to be good players.

Mobley played a strong role in helping drag the Cleveland Cavaliers up out of the trenches. It was widely expected that it would take some time for the 7-footer out of USC to acclimate to the NBA. That statement couldn’t have been more wrong. From day one, he was a notably positive player and usurped the starting PF role from Kevin Love who had been holding it down for the past seven years.

A late season run by Scottie Barnes swayed the media in favor of him ever so slightly, but that should not detract from the season that the Cavs’ prized rookie had for them. Plenty of young players are able to put up flashy box score numbers. The good ones do it efficiently. The elite ones impact the game on both sides of the floor.

Any conversation about Evan Mobley has to begin with his defense. He was legitimately one of the best defenders in the NBA. As a rookie. That’s practically unheard of. Having Jarrett Allen by his side helped a good bit, but they combined to form one of the best defensive duos in the NBA this season, each bringing their own strengths to the table.

When Evan Mobley’s protecting the rim, he never goes for those volleyball spikes.

He moreso casts an invisible net over the ball. Remaining vertical. Outstetching his arms. Just cutting off nearly every single potential angle for the ball to get to the hoop. pic.twitter.com/k2xtcmufhN

Standing 7-feet tall with a 7’4″ wingspan, Mobley already possesses good defensive tools, but that doesn’t even factor in the unique athleticism that he pairs with his physical tools. He’s incredibly light on his feet and explosive vertically. His tremendous coordination and body control ties it all together.

The Cavs’ young big man is also very smart. This is what often hinders NBA newbies from being productive on the defensive end, even if they are good in college. The game is played much faster in this league. Every decision has to be precise and made on a split-second basis.

It’s evident offensively and defensively that the former USC Trojan plays with a level of confidence and calmness. He makes quick, smart decisions that have it looking like he’s been in the league for seven years. There’s a reason why he gets compared to Tim Duncan. His playstyle more resemble a Kevin Garnett, but he doesn’t have that explosive, fiery personality. He’s a silent killer.

As with all rookies, there are plenty of areas for him to improve in. A lot of it has to do with consistency, a common theme amongst young players in any sport. Evan Mobley did consistently display tantalizing flashes, but the next step is maintaining the level of production he’s capable of over the entire game.

Evan Mobley just had one of the best rookie performances in recent memory:

That starts by improving upon technicalities offensively. He could bear to add some weight, giving him more of an advantage down low to go along with his touch, footwork, and length. It’s important that he’s careful in doing this. Part of what makes him so special is how quick he is on his feet and taking away some of that could potentially be detrimental to his game.

Mobley’s so quick off his feet.

Then of course, he’s just so long. He’s unfair pic.twitter.com/lAailROrsr

Although his handle is a big strength of his game, there is certainly still room for improvement here with him. For guys his size (we’ve seen it with Lauri Markkanen as well), it can be harder for them to dribble in traffic just due to the fact that their height forces their dribbles to be higher and longer, making it easier for opponents to disrupt them. Mobley had his dribble stripped from him a good amount, being quicker and more decisive there would unlock his face-up game to new heights.

The last and possibly most prominent area is his shooting. Evan displayed some incredible shotmaking ability in the short-to-mid-range this season. It’s certainly an area that he excels in, that can be somewhat reminiscent of Kevin Durant. Stretching his shot out to 3-point range on higher volume and accuracy will be very beneficial not only for his game, but also for the long-term success of the Cavs as a team.

If he can aid in spacing out the floor for Cleveland’s attacking guards, it just makes the team that much more dangerous. The Cavaliers have a bright future. Darius Garland was the headliner for the team this season, but soon Evan Mobley will be that guy for the wine and gold. He’ll be the face of Cavs basketball.

As the teams kicks off a new era, they have their new face of the franchise. LeBron James was “The Chosen One”, but not anymore. There’s a new kid in town.