What the Cavs learned about Darius Garland this season 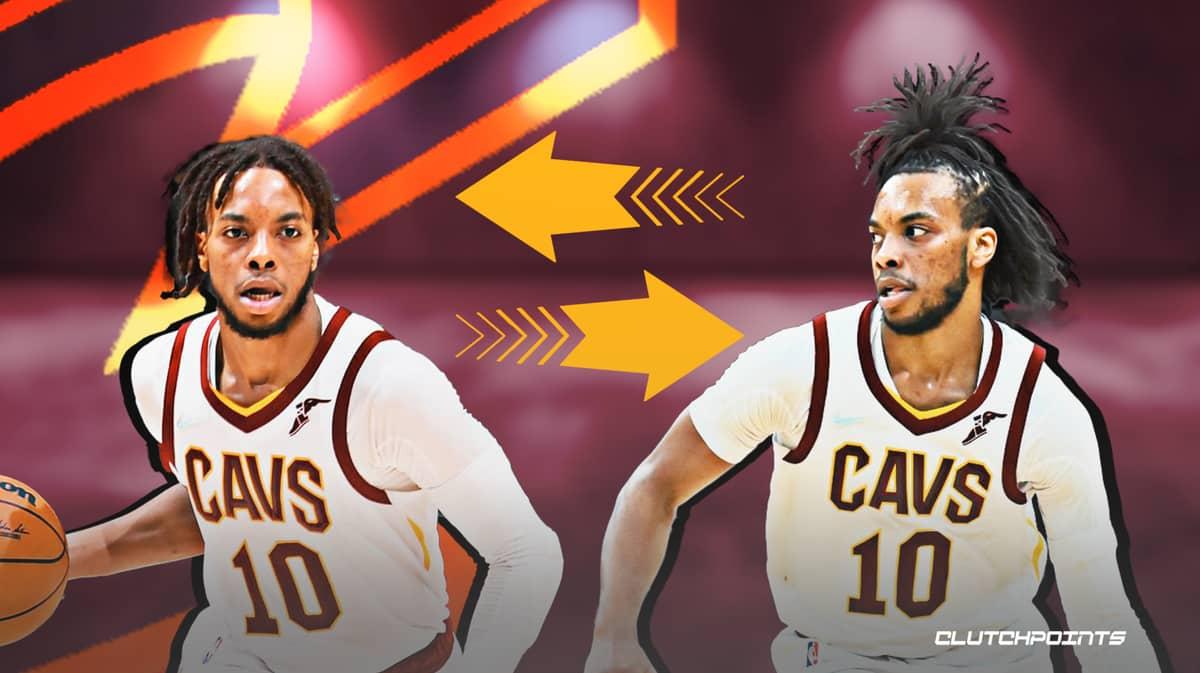 The Cleveland Cavaliers have long been a wasteland of an NBA franchise in the years that LeBron James wasn’t donning the Wine and Gold. Countless years of mismanagement, questionable trades, and limited talent resulted in very little success outside of what their Chosen One brought to the city. That is, up until this season.

Despite a late season collapse fueled by an unfortunate number of injuries, the 2021-22 Cavs have reinvigorated the fanbase and brought competitive basketball back to Cleveland. NBA postseason basketball took place in Ohio for the first time in a few years, despite Lebron still playing for the Lakers out west. This team was a group effort of guys who had fully bought in to the identity and culture that JB Bickerstaff was building, but one player lead the charge for the Cavs.

Darius Garland, at only 22 years of age, was the best player for the Cavaliers this season. He made the All-Star Game for the first time, which was also hosted in Cleveland. The level of improvement that Garland displayed from year 1 to year 2 to year 3 is nothing short of spectacular, and something that deserves to be broken down further.

We know Darius is crazy good now, and helped elevate the Cavs to impressive heights, but how exactly did that happen? Let’s break it down.

With Collin Sexton going down early into the season, and Ricky Rubio following him soon after, Darius Garland received the full reigns to Cleveland’s offense without any restraints. And he more than held his own. Garland was the offensive engine for this team, and he was able to elevate them to a very competitive level.

Darius Garland scored or assisted on 17 straight Field Goals for the Cavaliers tonight.

A stretch of just under 17 minutes from midway through the 2nd through the end of the 3rd.

They started the run with 35 points. Ended it with 79. pic.twitter.com/Eg7cJstN7K

Coming into the season, it was clear that the guard’s two biggest strengths were his shooting and passing. He further built upon both of those truths, and established himself among the league’s elites when it comes to those skills. Darius has a skillset that meshes perfectly with the roster he was provided alongside him. His ability to score from all areas helped him counter Cleveland’s cramped paint, and his ability to set up his teammates was ideal for a team full of play-finishers.

Garland’s improvement as a finisher inside the arc has really been a remarkable development for him pic.twitter.com/tD9zCLy5mq

Garland took the leap as a passer. He went from averaging 3.9 assists as a rookie to the 8.6 per game he averaged this season, good for 6th in the NBA. With a shot of extra usage he made the most of it. He developed a strong chemistry with Jarrett Allen, Cleveland’s other All Star this season. The pick-and-roll duo they formed was straight obliterating teams when the Cavs were really hitting their stride.

The Cavaliers have paired two elite lob threats with Darius Garland, who happens to be an elite lob thrower. But he also possesses an elite floater. And a good chunk of the time, the defense has no idea which one he’s gonna do until it’s much too late. pic.twitter.com/ry12l4X9Nq

Darius also took a leap as a scorer. He became more willing to let it fly from range, surpassing the mental block that had been limiting him before. DG continued to take strides as an inside scorer, a very welcome sight for any player who absorbs a lot of time on the ball. But even off-the-ball, Garland showed a newfound ability to play without the ball. That wasn’t previously a strength for him, but now offers a new dimension to him playing alongside Sexton and LeVert next season.

One more obvious step in the right direction for the 22-year-old was his defense. This was never something considered a strength for him, and that still remains the case. However, progress has been made. He obviously suffered a lot of wear and tear this season, given his workload, but he displayed some strong flashes of grit and engagement on the less glamourous end of the floor.

Despite all the positive indicators, there still are some things the youngster can be working on to round out his game.

Darius Garland is doing a better job at slashing and getting to the rim, although he can stand to work on that some more. As a consequence of this, he’s enduring more contact and body-bumping down low. Despite this happening, Garland is a guy who rarely gets to the free-throw line. Embracing the contact and perhaps adapting a little bit of grift to his game would go a long way towards helping him become an even more deadly and efficient scorer.

Of the 11 Cavs who have played at least 350 minutes, Darius Garland ranks last in Free Throw Rate (.146)

Some fans are getting upset at this, but I don’t think this is a bad whistle kinda situation tbh. Garland’s a very contact averse player, relies heavily on jumpers & floaters

Continuing to be more active off-the-ball and having that gunner’s mentality from range will be beneficial, as well. With the Cavs likely to start out next season at full health, Darius won’t be getting as many on-ball touches as he once was. He has the potential to be a deadly threat with or without the ball in the mold of Steph Curry, just adding another dimension to Cleveland’s offense that already has the potential to be potent next season.