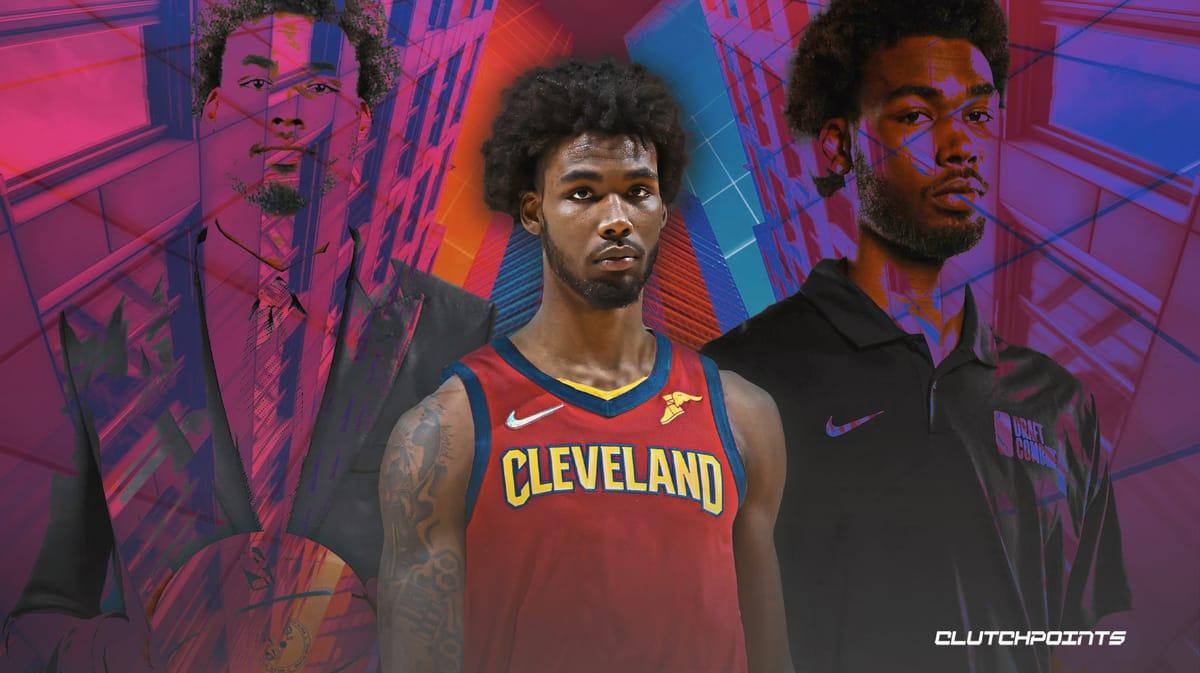 The Cleveland Cavaliers are close, ladies and gentlemen. This is a young, talented, and deep team. If the pieces fall into place the right way, then the Cavs have the potential to insert their name into the conversation as a title contender not too long from now, and maintain their spot there for a good amount of time.

At pick #14, Koby Altman and the Cavaliers can add one more quality prospect to help bolster the team’s future. There are plenty of names that could be good options: Dyson Daniels, Jeremy Sochan, Ochai Agbaji, Malaki Branham, among others… but Tari Eason is a name that may stick out among the others.

The sophomore out of LSU spent his first season at Cincinnati and struggled to make an impact. This year, he took tremendous strides in development, firmly inserting his name into the lottery pick discussion. Standing 6’7″, 217 lbs with a 7’2″ wingspan, Eason has an NBA body. Pair that with his flashes of skill, and it allows him to be a guy who influences the game in several different areas.

Defensively, Tari Eason’s athletic tools give him the upside to be a monster on that end. He also maximizes his God-given gifts offensively. Strong, quick-on-his-feet, and agile, Eason finds a way to bump and slither his way to the cup. He thrives at putting pressure on the rim.

LSU used him as a small-ball center for the majority of his minutes, but he will certainly be used as more of a power wing in the NBA. He’s developing some solid touch around the rim, including a nice little push shot. The handle does need some work. Eason has some finesse with the ball in his hands, but it can be loose at times.

When it comes to both his finishing and handle, there is a severe limiter for him. Tari is very reliant on his right hand, and struggles to do much at all with his left hand. Teams will be sure to force him to his left when possible, and it will likely result in great success for the defense, until he finds a way to improve upon it.

Another weakness for him would be his shooting. Tari Eason showed great growth as a shooter from all areas this season (3-pointers, mid-range, free throws) when it comes to both volume and accuracy. However, it’s worth questioning how real it is. The form is slow and unconventional. Shooting 35.9% on 2.4 shots per game, he has proven that he likely won’t be a non-threat from deep, and he’s not afraid to let it fly against closing out defenders, which is a good sign.

Looking at another aspect of his offensive game, the passing flashes are notable. He only averaged one assist per game, but in a more spread-out environment in the NBA with more capable players, that number could tick up. He is a willing and able passer, despite not having the best vision. A lot of these moments came on the short roll at LSU, with that being how the team used him.

It’s worth noting the glimpses of hustle rebounding shown in the above clip as well. Eason is a very strong rebounder, who crashes the glass plenty and often with great success. He has a very high motor, but it’s important to note the impact that his length and hands have in this area. It allows him to rip down difficult rebounds with ease.

As mentioned above, Tari Eason’s athletic abilities give him a massive advantage defensively, especially on the perimeter. Smaller drivers bounce off of him. His length and quickness make for and overwhelming impediment to get around. And if you do manage to get past him, there’s a good shot he will recover and stuff you at the rim.

Pair that with his massive, Kawhi-like hands and quick-twitchiness and he’s a formidable off-ball defensive threat as well. Any ball that ventures too close to him, is in serious danger of getting thrown off course. Eason does a good time of reading and anticipating ball movement and shoots the gaps like he’s being shot out of a cannon.

Sometimes he can be too prone to take risks, and key in on it a little much. Eason had plenty of moments where he fell asleep off-the ball, getting caught ball-watching. And when he misses on these steal attempts, they often leave him completely out of the play. Another area for him to improve on, is finding more effective ways to funnel his athletic tools into productivity, as he can often be a bit too physical defensively and accumulate fouls.

Tari Eason’s Fit With the Cavs

In a wine & gold uniform, Tari Eason would be able to be brought along slowly, thanks to the depth and talent the team has now. Despite spending two years in college, he is still very raw and has a lot of technicalities to improve on. The goal would be to still get him some minutes with the second unit, allowing him to adjust to the pace and athleticism of the NBA, and the role he’ll be playing there.

The hope would be for him to figure it out quickly, similar to how Jonathan Kuminga has with the Warriors. However, it could take some time, like it did for Jaylen Brown and many other players who have relied on their athleticism up until being drafted.

A fully realized Tari Eason gives the Cavs a frontcourt of mobile, lengthy defenders who will wreak havoc for opposing offenses. He also allows the team to play a smashmouth style of basketball on the other side of the floor, one in which Cleveland consistently dominates the paint every game. His ability to put pressure on the rim, while also hit open triples would be a welcome addition to the team. Here’s to hoping he remains on the board at pick 14.