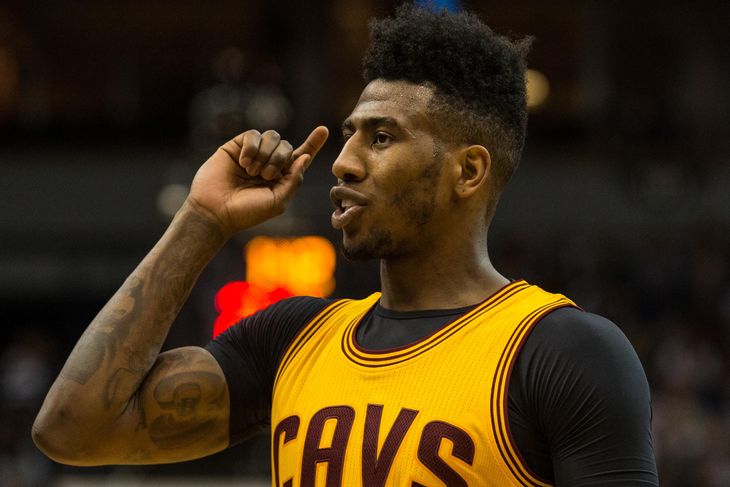 The Cleveland Cavaliers traded for Iman Shumpert and J.R. Smith in mid-January and were instantly considered to be legit championship contenders with the addition of Timofey Mozgov later that week. Shumpert was a highly sought after player and only strengthened his stock with his NBA Playoff performance locking down the opponents best or second-best players repeatedly. Clearly, Shumpert was a player that the Cavs needed to retain going into a big free agency period.

According to Chris Haynes of NEOMG, the Cavs had six teams offer future-first round picks for Shumpert near the end of the 2015 mid-season trade deadline. He says this is why the Cavs were worried about Shump in the offseason:

“Three of those six franchises had maximum cap space this summer, thus the reason why the Cavaliers were a little queasy about Shumpert’s situation.”

Thus, when the Cavs offered Shumpert a qualifying offer making him a restricted free agent, some people in the management were worried about the Cavs ability to retain him. Luckily for the Cavs though, both sides reached an agreement on the first day free agents were allowed to talk with other teams.

If Shumpert hadn’t decided to sign immediately, Haynes says that the Sacramento Kings were ready to sign Shumpert to an offer sheet. Not only that, but it was reportedly going to be more than the 4-year, $40 million that the Cavs offered.

“We were thinking about it,” Vlade Divac, the Kings’ Vice President of Basketball Operations, told NEOMG during Summer League action, “but we had some other options that came up better for us.”

The Kings were unable to get Shumpert as he immediately agreed and signed with the Cavs while Sacramento, in turn, struck out on other shooting guards Arron Afflalo and Wesley Matthews, instead signing sharpshooter Marco Belinelli. Shumpert announced his decision via Instagram to the delight of Cavs fans everywhere.

In the end, David Griffin worked his magic and Shumpert chose to play with LeBron James as well as the chance to win a championship, as his Instagram caption said:

“You don’t buy jewelry in this league, you earn it. Be back soon Cleveland.” 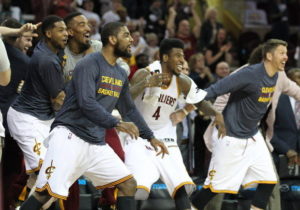