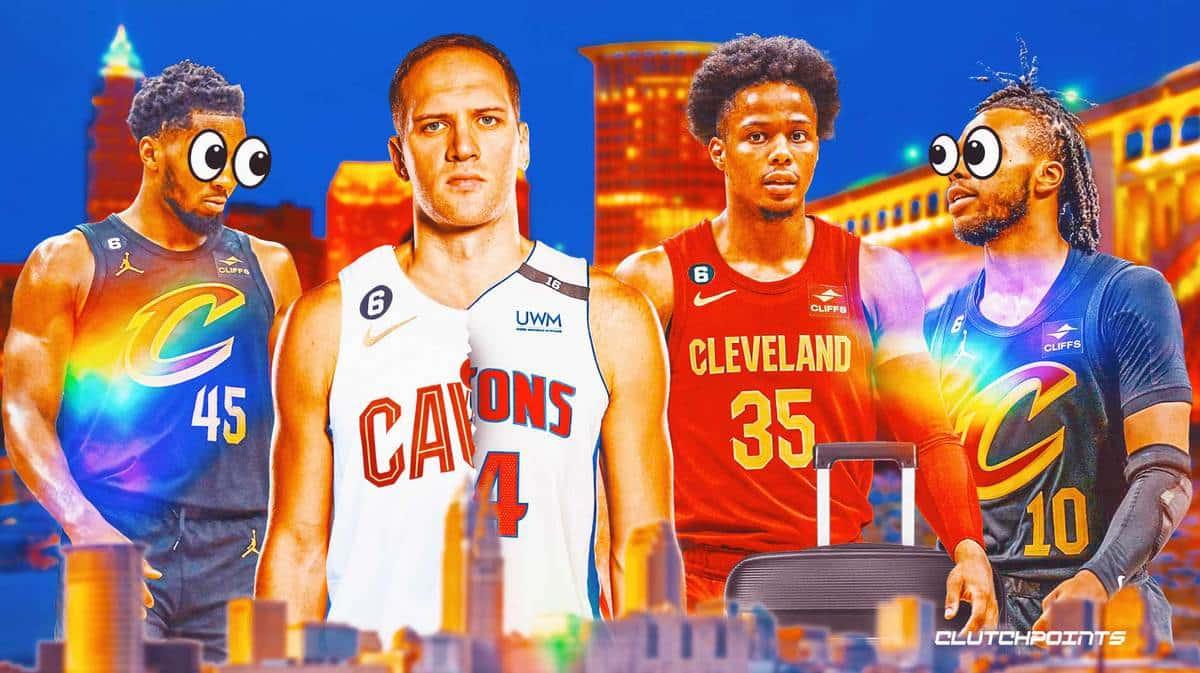 The Cleveland Cavaliers are among the top teams in the league, as they sit in 3rd place in the Eastern Conference. The Cavs’ offseason move for star guard Donovan Mitchell has added to their solid core.

They now have four All-Star caliber players with Mitchell, Darius Garland, Jarrett Allen, and Evan Mobley. This core is elite and puts them among the contenders in the league. While they don’t have the playoff experience of teams like the Boston Celtics and Milwaukee Bucks, they have the talent to compete with anyone in the Association. Cleveland has turned its roster around quickly since LeBron James left for the Los Angeles Lakers.

They grew as a young team last season, making a play-in tournament run. Adding Mitchell has allowed them to reach a new level. Head coach J.B. Bickerstaff has done a tremendous job of integrating Mitchell with the rest of the roster.

This makes the Cavs buyers in a potential trade as they have a shot at winning the title. Adding a piece at the trade deadline could help them reach the level of the Celtics and the Bucks. With that said, here are 2 Cavs’ way-too-early predictions for the 2022 NBA trade deadline.

Cleveland has a well-constructed roster, but they are lacking at the small forward position. Upgrading their small forward spot could put them in position to win the title. There are multiple ways the Cavs could go with a small forward, as there are plenty in trade rumors.

An intriguing option to fill this role is Detroit Pistons veteran Bojan Bogdanovic. Bogdanovic is having a tremendous season, averaging 21.1 points per game, along with 3.7 rebounds and 2.4 assists. He is shooting very efficiently at 50.4 percent from the field and 43.2 percent from downtown.

Detroit has been hesitant to part with Bogdanovic as he has been a veteran presence around their young core. However, the Pistons sit in 14th place in the Eastern Conference and could sell Bogdanovic while his value is at an all-time high for draft capital. If Bogdanovic is to be traded, Cleveland should be in the mix to add a knockdown shooter and another scoring option at their small forward position.

Charlotte Hornets forward Kelly Oubre Jr is another option for the Cavs. Oubre is silently having a career year as the Hornets sit in last place in the East. The 27-year-old is averaging 21.1 points, 5.3 rebounds, and 1.8 steals per contest. He is shooting 43.3 percent and 32.2 percent from behind the arc.

Oubre is in the final year of his deal and will command a big contract with the way he is playing. Charlotte is unlikely to make a playoff push even with LaMelo Ball returning to action.

Cleveland could make a move for Oubre, as he would provide great play on both ends of the floor. While he isn’t shooting efficiently from three, he has been a good scorer, which could give the Cavs a different type of player. He could also be a defensive stopper against opposing wings, as he is a strong defender.

The Hornets could sell off their veterans and potentially tank for Victor Wembanyama to pair with Ball. If Charlotte takes calls on their veterans, the Cavs should make an offer for Oubre.

Although Issac Okoro was picked by the Cavs with the 5th overall selection in the 2020 draft, he has not lived up to expectations. Okoro is averaging four points per game, along with two rebounds, while shooting 39.8 percent and 24.5 percent from three.

When the Cavs drafted him, they hoped he would grow offensively as he was already a great defender. He has not found his game offensively, and moving him to a new team would give him a chance to fit in with another opportunity. For Cleveland, they can use him in a trade to a team selling a veteran wing that could help them.

The Cavs have a tremendous roster, and adding a wing at the deadline will make them a championship-caliber team.