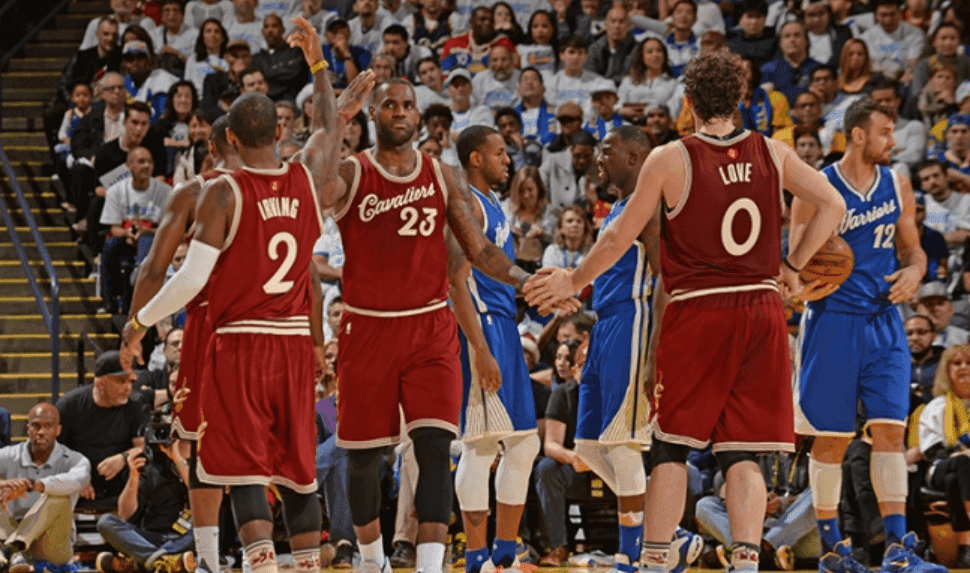 The day every NBA fan had been waiting for was here, as the Cleveland Cavaliers took on the Golden State Warriors for the first time since the 2015 NBA Finals. It had all the hype considering how well the two teams were playing of late. The game lived up to expectations, and neither team was really able to pull away until late in the fourth quarter. The Cavs played some excellent defense, but did themselves in offensively.

The Cavs and Warriors game started off similar to the way the NBA Finals did: with solid defense. Both sides didn’t score until J.R. Smith hit a triple at the 9:34 mark of the first quarter. It basically a back and forth quarter until the Warriors went on a 19-7 run to take a 28-19 lead after one quarter of play.

Cleveland started the second quarter with a far better pace, and went on a 18-6 run to take a 40-37 lead with 2:38 remaining in the half. Kyrie Irving got a few shots to go down, and it looked like the Cavs would feed off of him for the rest of the half. Unfortunately, Draymond Green, Klay Thompson, and Stephen Curry scored the final eight Warrior points and helped the Dubs take a 45-42 lead into halftime.

The third quarter was a much closer quarter as both teams couldn’t get many easy shots, while the defenses were very solid. The Cavs were outscored 17-19 in the quarter, but it seemed like the most grind-it-out type quarter the Cavs had to play all season. The Warriors’ lead would not grow thanks to some stellar defense by Cleveland, and LeBron James worked the offensive glass to get the Cavs final basket of the quarter and trim the Warriors’ lead to 59-64 after three.

The fourth quarter was supposed to be the most exciting, but it turned out to be an experimental quarter for David Blatt and the Cavs. Instead of going with Tristan Thompson down the stretch, the Cavs elected to play Kevin Love as the team’s center. Offensively, the Cavs got some extra looks, but defensively, Cleveland suffered mightily as Golden State got a lot of their late-fourth quarter shots at the rim. Love was able to get to work inside, but Thompson’s tenacity on the offensive glass was surely missed. On top of that, the Cavs missed four free throws in the final 1:32 of the game, and LeBron James airballed a three pointer that effectively put the Cavs in a hole that was too deep to climb out with little time remaining.

The Cavs will hop on a plane and get to Portland, Oregon where they’ll play the Trailblazers on Saturday night.

LeBron James gets the switch he wants, and toys with Ezeli on the wing before sizing him up and going right at him for the fade away float shot.

Kyrie Irving gets a screen from LeBron, fakes the crossover right, and spins off of Andre Iguodala. He drives right to the basket and floats a shot up over Festus Ezeli.

The camera focuses on LeBron James while the Warriors shoot a free throw. LeBron, and the camera, catch a lady sitting courtside mocking James by making a crybaby motion. Unfortunately for her, James catches her and stares her down. The camera moves back to the game before we can see his reaction though.