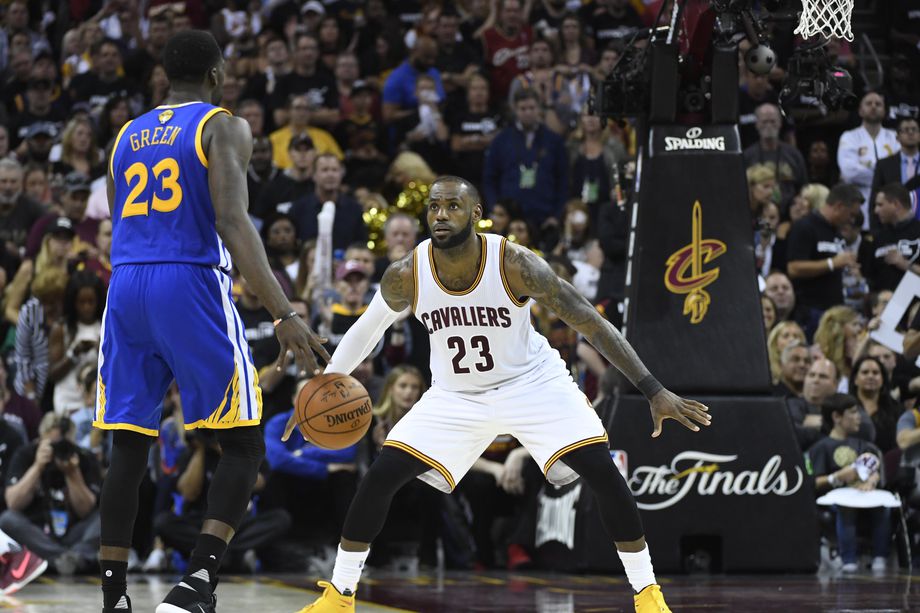 UPCOMING MILESTONES:  Just by playing, LeBron James passes Shaquille O’Neal for the seventh most playoff games in NBA history. With three steals, Iman Shumpert will have claimed the 7th most in franchise history – passing Craig Ehlo. In Game Four, the Cavaliers finally found their rhythm, as they pulled themselves out of the rut they were stuck in during Games One through Three and claimed a historic 137-116 victory. Their 49 point first quarter and 86 point first half were both NBA Finals records, and they also made the most threes in Finals history with 24. However, even after such an impressive win, the task ahead of the Cavaliers hasn’t gotten much easier. They now find themselves heading on the road with a 3-1 deficit. While this is the same position they found themselves in last year, the Warriors were without Draymond Green in Game Five of 2016 due to suspension, and they did’t have another former-MVP in Kevin Durant. One loss, and everything comes crashing down on the Cavaliers’ season so far.

In Game Four, Kyrie Irving led both teams with an impressive 40 points on 55.6% shooting. After shooting 0 for 7 from beyond the three point arch in Game Three, Irving dropped 7 of 12 for 58.3% shooting – better than he shot inside the arch. For the Warriors, only one player had 20 or more points – Kevin Durant with 35 points on 40.9% shooting. From three, he was just 2 of 9 for 22.2%. Overall, the Warriors shot an uncharacteristic 28.2% from distance.  The Warriors actually shot worse uncontested (26.7%) than they did when contested (54.4%), but the Cavaliers managed to shoot 14 more uncontested shots while making 59.1% of them. Leading both teams in touches (98) and passes (67) was LeBron James, followed closely behind by Draymond Green’s 92 touches and 66 passes.

When LeBron James was on the court, the Cavaliers outscored Golden State by 32 points – best on the team – but when he sat, Cleveland was outscored by 11. On the Warriors, just one player outscored the Cavaliers while on the floor – Andre Iguodala  – despite only scoring 4 points in 21:04 minutes. For the first time this Finals series, Tristan Thompson recorded double digit rebounds – bringing down four offensive boards and six defensive. Through their incredible 53.3% from three, the Cavaliers scored 51.7% of their total points from beyond the three point line. Out of the eight players on the Cavaliers who took at least two shots, not a single one shot under 50%.

Three keys for Game Five will be: (1) Find the open man. With 59.1% shooting on their 44 uncontested shots, the Cavaliers finally started to hit their open shots. If they can continue to shot at a consistent mark while also taking more than the Warriors – who only shot 30 uncontested shots in Game Four – the Cavaliers put themselves in a good position to be able to generate effective offense. (2) Continue to pressure the three point shot. This was just the second game all post-season where they have shot below 30.0% from deep. In addition, out of the 16 times this happened in the regular season, the Warriors lost 11.  (3) Continue to let the Big Three run things – while Durant (35) was the only Warrior above 20 points, Kevin Love (23), Kyrie Irving (40), and LeBron James (31) were all above 20. In addition, the two best plus/minuses on the Cavaliers belonged to LeBron James (+32) and Kevin Love (+18). However, the role players are just as important, especially players like J.R. Smith, who dropped 15 points – one more than Steph Curry – on 50.0% shooting in Game Four. 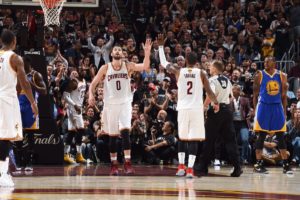