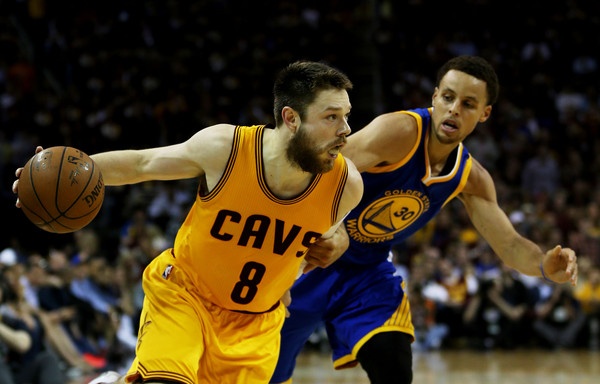 LeBron James and Iman Shumpert initiate a pick and roll with Stephen Curry. Curry does a bad job of hedging on the screen, and James drives by the defense for the baseline slam!

James Jones gets the pass from LeBron James, and puts it up right away. He gets hit on the arm by Draymond Green but still hits the shot for the four-point play after the made free-throw.

With 15 seconds left on the clock, LeBron James dribbled upcourt. James Jones had the slower Festus Ezili on him, and ran to the corner as soon as James was in passing position. James hit Jones, who in-turn hit the three over the outstretched arms of Ezili with 0.9 left.

Matthew Dellavedova takes the pass from LeBron James, and drives while taking contact from Stephen Curry. As Curry fouls him, Delly puts it up and banks it in for the foul. 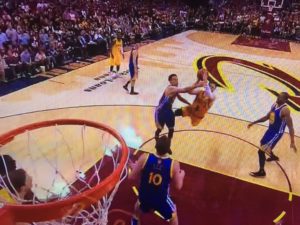 JUST IN: VIDEO: Matthew Dellavedova Floats It Up And Gets Fouled