Video: Tyronn Lue gets called for a technical after blatant no-call on Cleveland 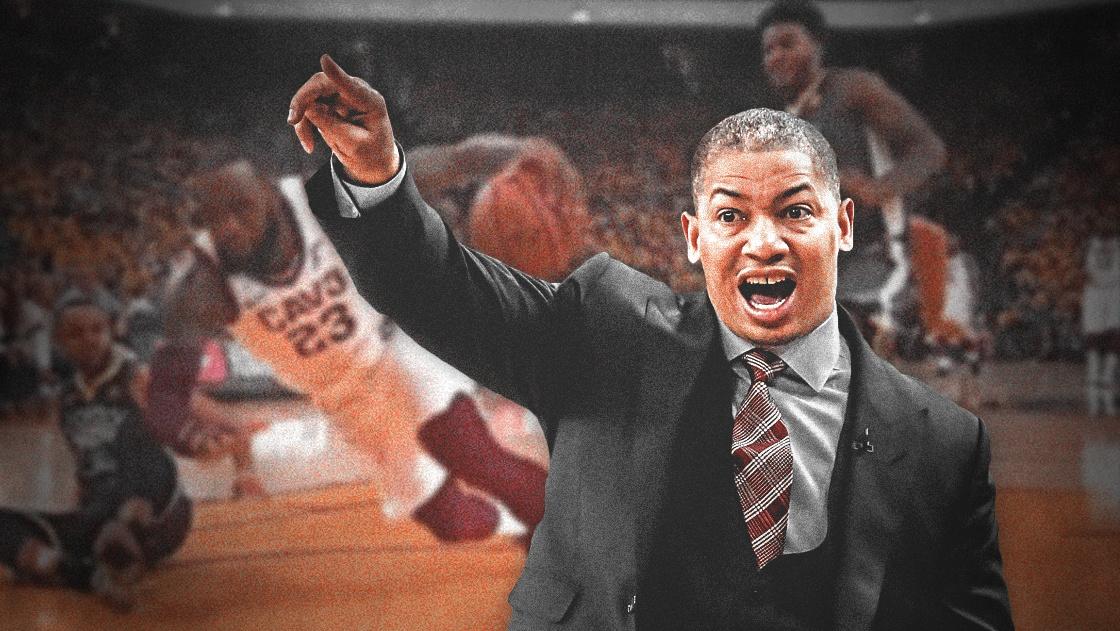 Tyronn Lue had all the right to complain after a blatant no-call on his team, the Cleveland Cavaliers. But for all his efforts, the Cavs’ head coach was handed a technical foul.

Below is the clip of the play:

This is not the first time that Lue has spoken against the referees. In Game 1, an offensive foul on Kevin Durant was overturned into a defensive foul on LeBron James. It was a critical point in the game, which triggered all sorts of reactions from Cavaliers fans. After the game, Lue shared his thoughts on the controversial call:

According to Jenna West of Sports Illustrated, Lue said then:

“They called a charge, right? And LeBron was clearly four feet outside the restricted area,” Lue said. “So it doesn’t make sense to go review something if — the review is if he’s on the line or if he’s close to the charge circle, that’s the review. He wasn’t close.”

“For our team to come out and play their hearts out and compete the way we did, man, I mean, it’s bad. It’s never been done before where you know he’s outside the restricted, and then you go there and overturn the call and say it’s a block…It ain’t right.”