Video: Tyronn Lue gets standing ovation in return to Cleveland 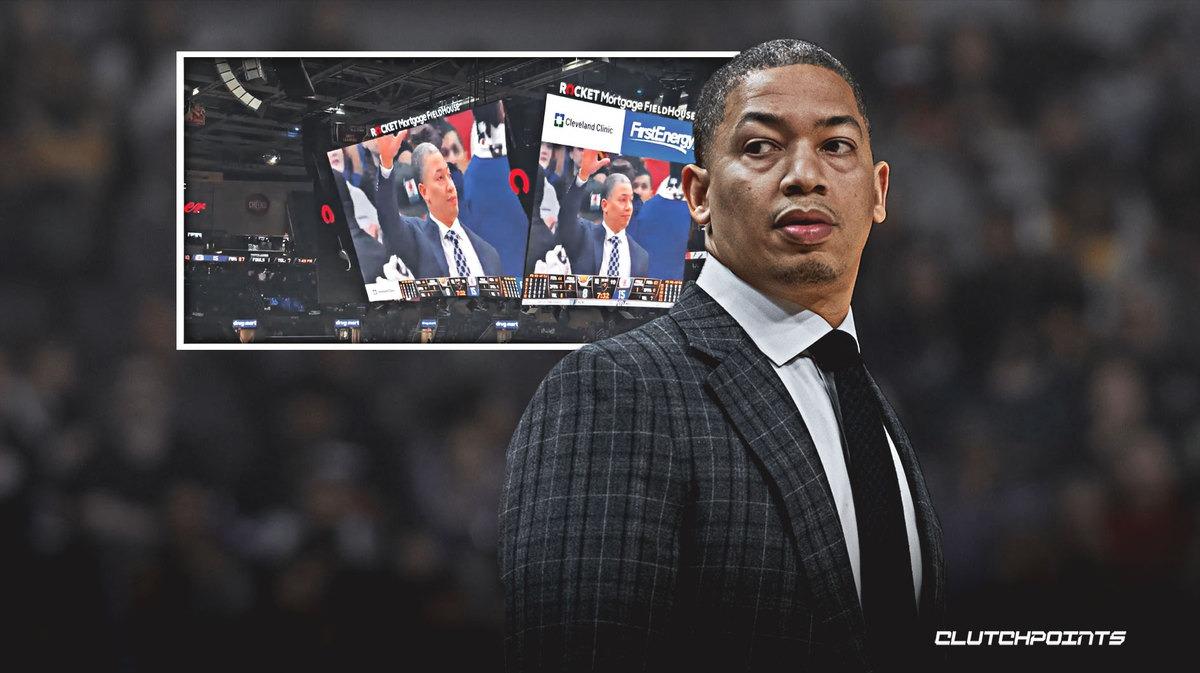 The Cavaliers honored Lue on the video board during a timeout, citing his role as the coach during Cleveland’s 2015-16 championship season:

Lue took over for David Blatt midway through that 2015-16 season, guiding the Cavs to a 27-14 record and eventually coaching them to the title in one of the greatest NBA Finals ever.

The Cavaliers promoted Lue to the full-time position shortly thereafter, and he would help lead Cleveland to two more Finals appearances in consecutive seasons. He was fired after an 0-6 start to the 2018-19 season.

Tyronn Lue finished his tenure in Cleveland with a 128-83 record. But more than anything, he will be remembered as the man who was on the bench when the Cavs brought the city of Cleveland their first professional sports title in 52 years.