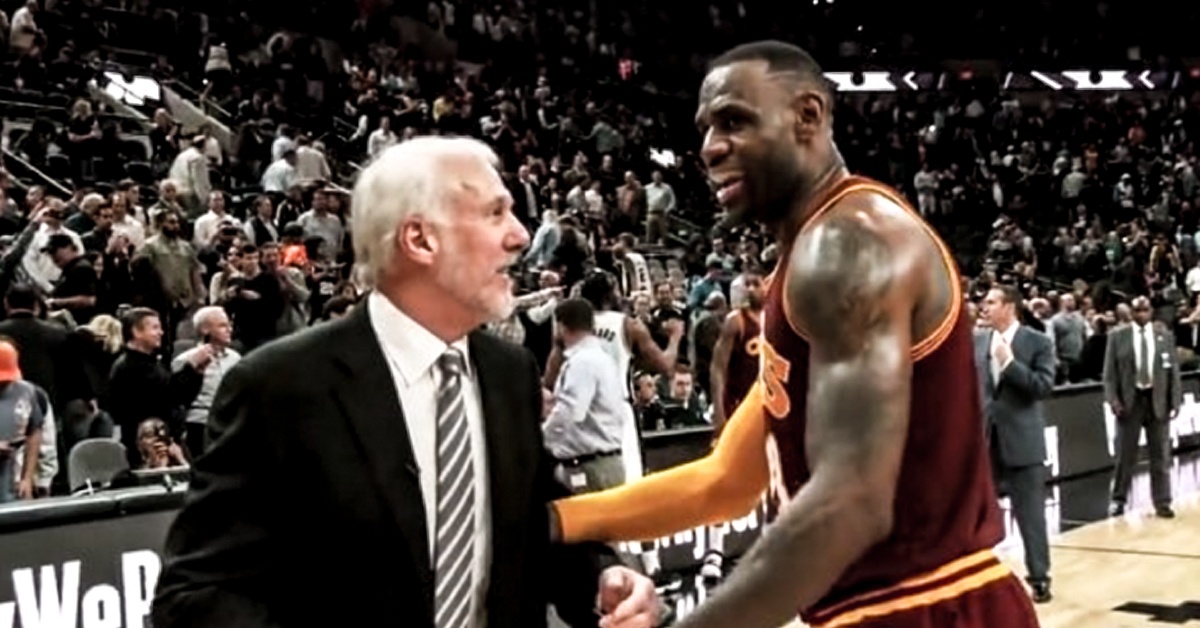 LeBron James, fresh off a 46-point, 12-reboun performance in Game 2 of the Cleveland Cavaliers victory over the Indiana Pacers, was asked about the passing of Gregg Popovich’s wife, Erin. The timing seemed a bit too soon, as many thought James should have found out in the back and addressed it postgame. Before the reporter asked for James’ thoughts, however, it appeared as though she gave him a heads up off camera before asking him.

In a clip posted by Justin Jett of ViceSports, reporter Allie LaForce can be seen speaking to James in what can be assumed as informing James of the news and her intentions to ask him about it.

It does look like Allie LaForce talks with LeBron before the sideline interview. We can only speculate what about but you would hope she gave him a heads up there. pic.twitter.com/LwPeL7H2ba

Often times, reporters can be told to ask players questions, and this is likely what happened here. Props out to LaForce for informing James, giving him enough time to gather his thoughts and words. As observed in the video below, James was able to articulate his thoughts relatively well:

“Oh man. Sh*t. I’m a huge Pop fan, i love Pop. Thats such a tragedy. My best wishes go out to Pop and his family. I know thats devastating news.”

It is evident that LeBron tried his best not to shed a tear. He’s never been under Pop but he has spoken about his admiration for the Spurs head coach before. His most recent praise for Pop concerned Becky Hammon, the first full-time female assistant coach in the NBA, who happened to be on the Spurs squad. James said, as reported by Dave McMenamin of ESPN:

“Obviously, you guys know how fond I am of coach Pop, so for him to bring Becky in there to be able to be an assistant and kind of give her input — I don’t quite know how much input she has, I’m not there on a day-to-day basis — but just having her face there, it means a lot,” James said. 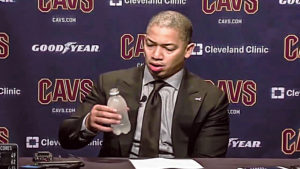 JUST IN: Tyronn Lue says giving up soda has been hardest thing he has had to do
Related TopicsGregg PopovichLeBron James