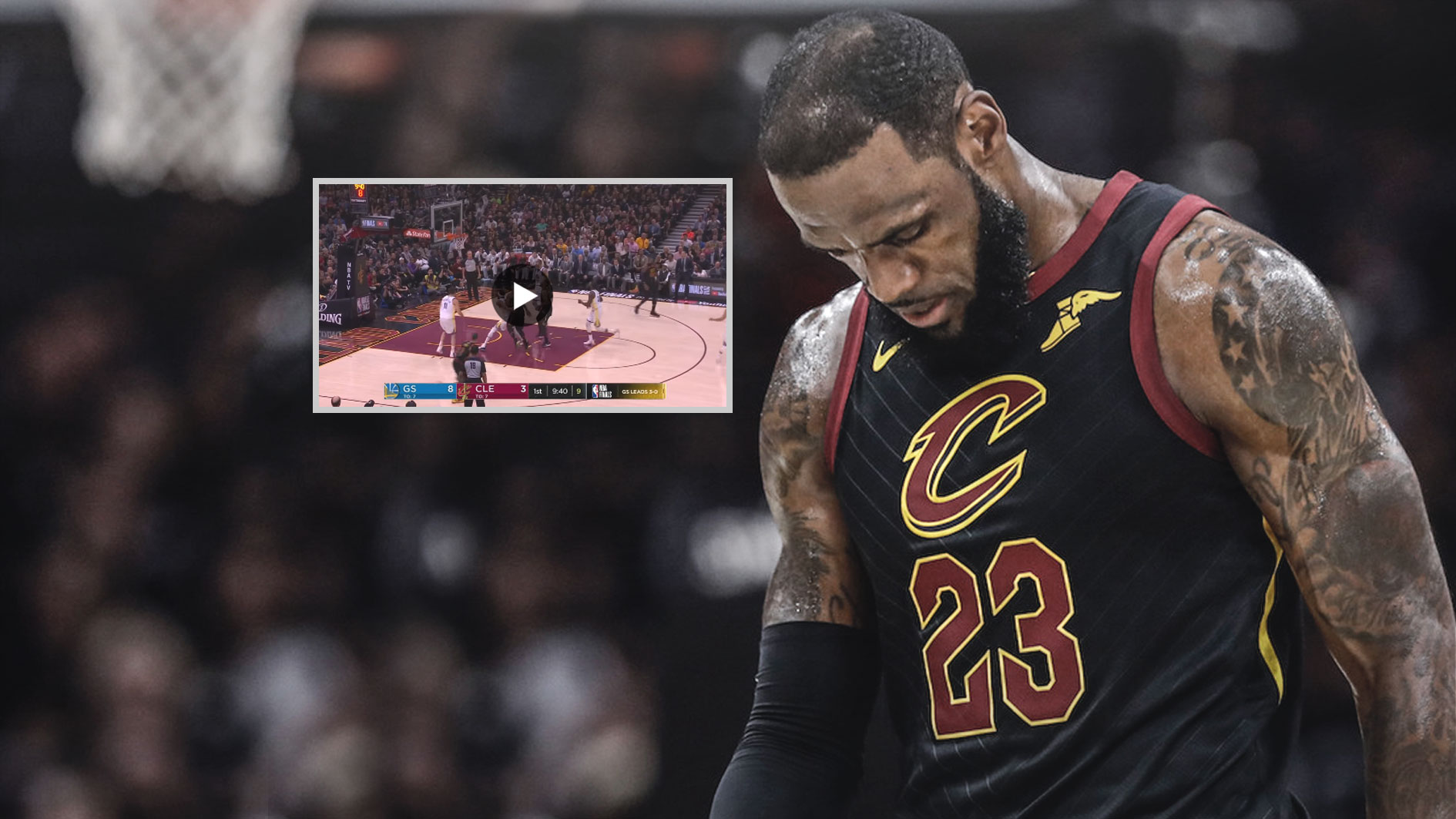 The Cleveland Cavaliers were swept in the NBA Finals by the Golden State Warriors for a variety of reasons but one of the biggest reasons was the Cavs missed a ton of wide open shots.

One YouTube user created a video called “LeBron James can’t win with these cats” and it was a compilation of wide open shots that James’ teammates missed during the NBA Finals.

James has usually done a good job of not throwing his teammates under the bus, but during the Finals, he was getting frustrated.

At one point, he asked how much more picking up of his teammates he could do and also said the team used to have playmakers.

“Obviously, we haven’t had many playmakers throughout the course of the season. We had some early on, but we made the trades…”

James seriously injured his hand after Game 1 and was still the best player on the floor for the Cavs. He gave his teammates the opportunities time in and time out, and it seemed most of the time they couldn’t deliver.

The next question for the King is if he has had enough and is ready to give some new teammates a shot. After Game 4, James was asked about his future and he said he had no idea at this point.

“I mean, I have no idea at this point,” James said via The Washington Post. “The one thing I’ve always done is considered, obviously, my family … especially where my boys are at this point in their [lives]. They were a lot younger the last time I made a decision like this four years ago. I’ve got a teenage boy, a preteen and a little girl that wasn’t around as well. So [I’ll be] sitting down and considering everything … [but] I don’t have an answer for you right now as far as that.”

Strap up ladies and gentlemen, it’s going to be a wild summer.