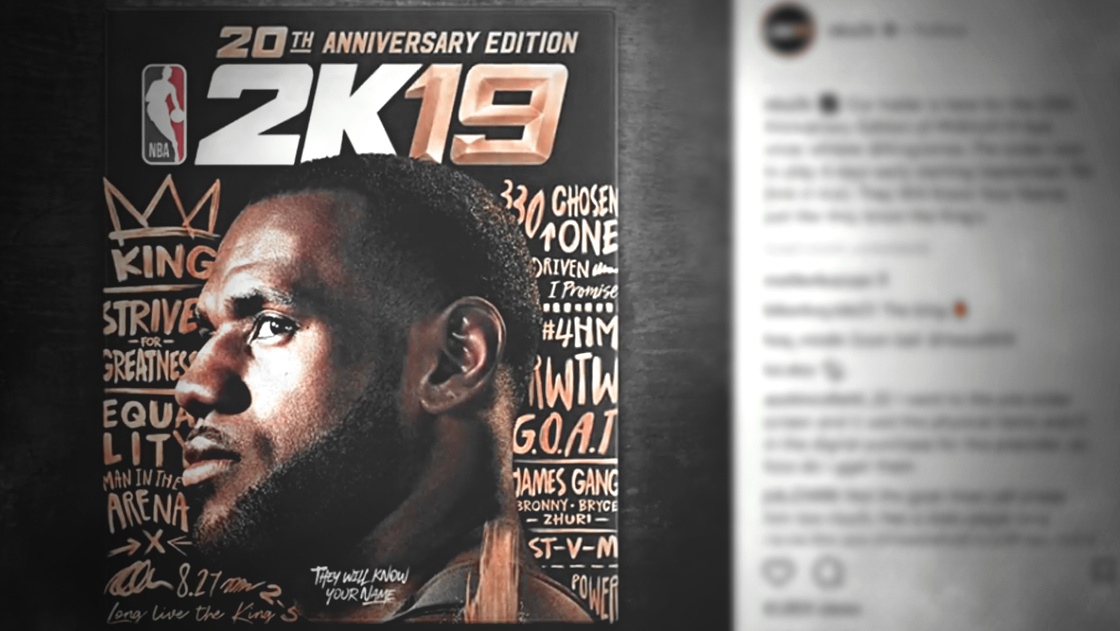 The game designers at 2K have come up with several fan-favorites over the years, including Sid Meier’s Civilization, Borderlands, The Elder Scrolls, and yearly installments of NBA 2K. For their 20th anniversary edition of NBA 2K (NBA 2K19), developers wanted to pay homage to Cleveland Cavaliers superstar LeBron James, who is featured in its trailer and cover art.

As most hoops fans know, James has been in the spotlight for most of his life. In fact, he was dubbed “the chosen one” as a teenager at Saint Vincent-Saint Mary’s High School in Akron, Ohio. “The King,” as he’s come to be known, went on to become the No. 1 pick in the 2003 Draft, and boy has he lived up to the hype.

In 2K’s trailer, you’ll see a progression of James’ career. Yes, he’s one of (if not the) greatest player to ever dribble a basketball, but he’s much more than that. James has become a public figure on many fronts. This is a man who stands for equality, hard work, and greatness.

James chose a few phrases to be shown with his face on the cover, including “Strive for Greatness,” “Driven,” and “Equality.”

Via Brian Crecente of Variety.com:

“It’s humbling to be on the 20th anniversary cover of a game I’ve played and loved since I was a little kid,” James said in a prepared statement. “We were able to do something really unique for the cover that represents everything that drives me and inspires me – from my family to where I come from and words I live by. I’m honored my journey can be part of this special time in 2K history and I’m excited for fans to see it.”

🎥 Our trailer is here for the 20th Anniversary Edition of #NBA2K19 feat. cover athlete @KingJames. Pre-order now to play 4 days early starting September 7th [link in bio]. They Will Know Your Name, just like they know the King’s

James, now in his 15th season of NBA service, has been on an absolute tear this season, especially in the playoffs. Through Cleveland’s first 20 games of this postseason, the Kid from Akron has racked up averages of 34.6 points (NBA-high) on 54.4 percent shooting from the field (35.5 percent from beyond the arc), 9.2 rebounds, 9.0 assists, 1.4 steals and 1.0 block in 41.7 minutes per game.

James’ list of accolades goes on and on (and on). He’s a three-time champion, four-time MVP, 13-time All-NBA selection, and 14-time All-Star. This marks his second appearance on an NBA 2K cover.

“This year marks the 30th anniversary for the development team at Visual Concepts and the 20th for the NBA 2K series, so it was important to commemorate this milestone by partnering with the most iconic athlete of this generation in LeBron James,” Alfie Brody, vice president of marketing for NBA 2K, said in a prepared statement. “LeBron’s carefully crafted wording on the NBA 2K19 20th Anniversary Edition cover encapsulate the passion and drive that have elevated him to all-time greatness, making him the perfect cover star.” 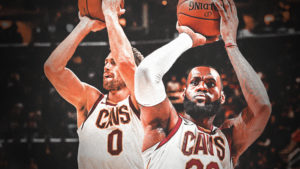 JUST IN: The Cavs won the third quarter, but the Warriors won the game
Related TopicsCavaliersLeBron JamesNBA 2K19