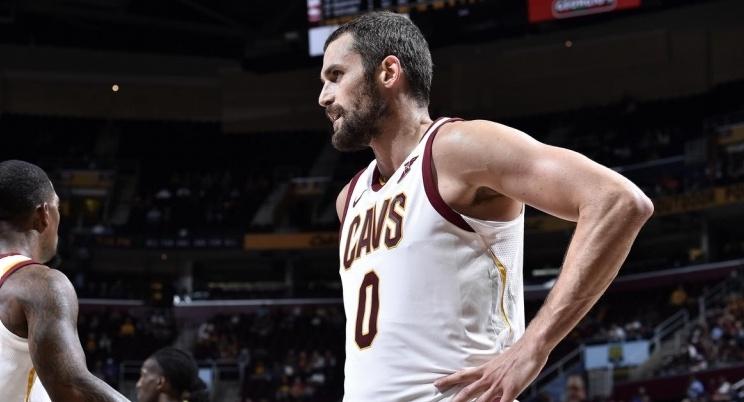 Despite not starting their game strong on Tuesday versus the Detroit Pistons, that may be the least of the Cleveland Cavaliers’ worries for now. Early in the first quarter, their All-Star forward, Kevin Love, suffered a hand injury and went directly to the Cavs locker room accompanied by a member of their medical staff.

Here's where Kevin Love broke his hand. Major blow to the Cavs… pic.twitter.com/vQeyGmxUZS

A close look at his left hand, via Rachel Nichols of ESPN, clearly shows it is discolored and X-rays revealed that the big man will be out for a long period — six to eight weeks to be more precise.

Well @NBAonTNT I’m not sure I needed THIS close a look at the hand Kevin Love injured in the first quarter vs the Pistons 😬
Dennis Scott says Love has now gone for x-rays. pic.twitter.com/HMKwGSpKdt

Kevin Love is heading to the locker room with trainer Steve Spiro to have his left hand looked at.

This is certainly a huge blow to the Cavs, who have just started winning again and are currently on a two-game mini-streak. Love is having another solid season, with averages of 18.2 points, including 40.4 percent shooting from beyond the arc, to go along with 9.6 rebounds and 1.7 assists in 28.5 minutes per game, which has made him one of the reserves for the All-Star Game next month — which he won’t be able to participate in, sadly, due to the injury.

Jae Crowder and Channing Frye should see an uptick in their minutes with Love forced to miss a significant amount of time. The Cavs will have to rekindle the next-man-up mentality that carried them through the 2015 playoffs and into the Finals that year, despite having several of their players being hurt.

For  Cavs fans, this is another one of the disappointing storylines that have marred a season that was initially expected to be a breakout one, following a flurry of offseason moves.