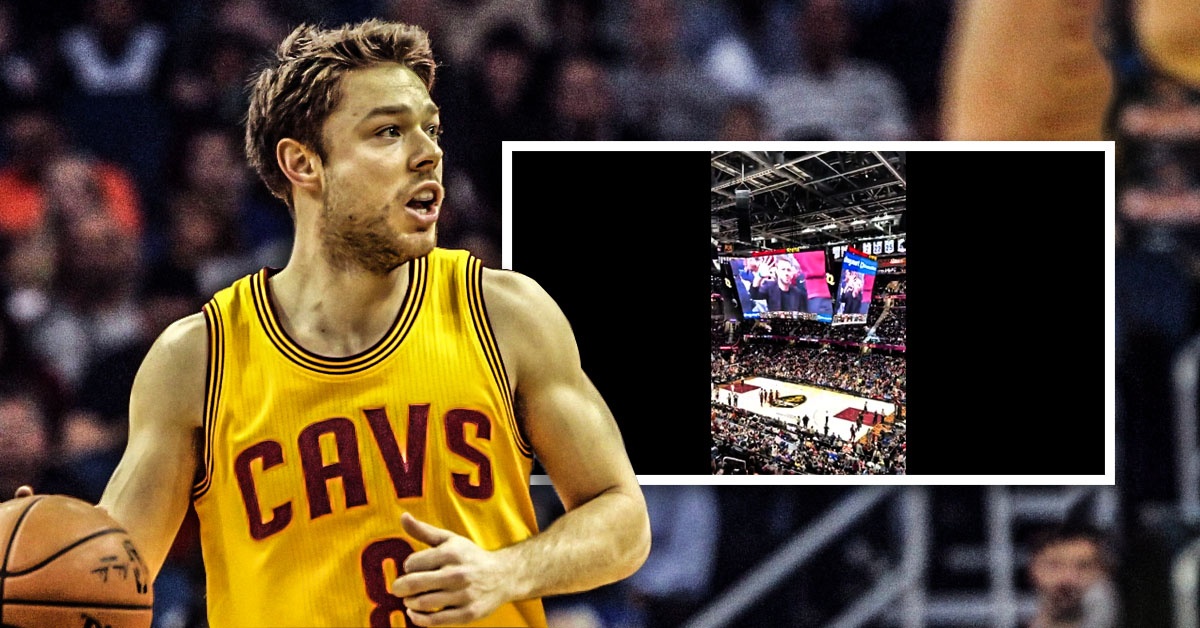 The Cavaliers welcomed Dellavedova back with a tribute video, showcasing some of his memorable moments from his first stint with Cleveland. Afterwards, the former NBA champion was shown on the big screen, and the Cleveland fans erupted at the sight of their favorite Aussie.

Below is some arena footage from Luke Sicari on Twitter:

Matthew Dellavedova gets a HUGE standing ovation by the @cavs fans at @TheQArena when shown on the big screen pic.twitter.com/Q7vwRdXhK4

Cleveland re-acquired Dellavedova in a three-time trade with the Milwaukee Bucks and the Washington Wizards.

Cavs fans have certainly not forgotten Dellavedova’s first three seasons in Cleveland, where he was a staple in the rotation. The gritty point guard provided the Cavs some toughness and energy off the bench, and was one of the team’s key pieces in their 2016 Finals championship run that gave Cleveland its first title in franchise history.

The following season, the Bucks acquired Delly’s services with a four-year $38 million sign-and-trade deal back in 2016. However, he eventually lost his way in the rotation, and is playing sparingly this season.

However, now that he is back with his first home in the NBA, Delly will probably be a rotation player once again. The Cavaliers do not have a true point guard to back-up young point guard Collin Sexton. Thus, he can easily slide into that role – basically the same role he had when he played behind now-Boston Celtics guard Kyrie Irving.

Dellavedova did not suit up for Saturday night’s affair with the Washington Wizards, which they just recently won 116-101. Ironically so, the Cavaliers’ next scheduled game will be in Milwaukee on Monday. Talk about an early opportunity for a revenge game.

It remains to be seen whether he’ll get an ovation there, too. JUST IN: Cavs limit John Wall to only the 9th scoreless first half of his career
Related TopicsCavsMatthew Dellavedova