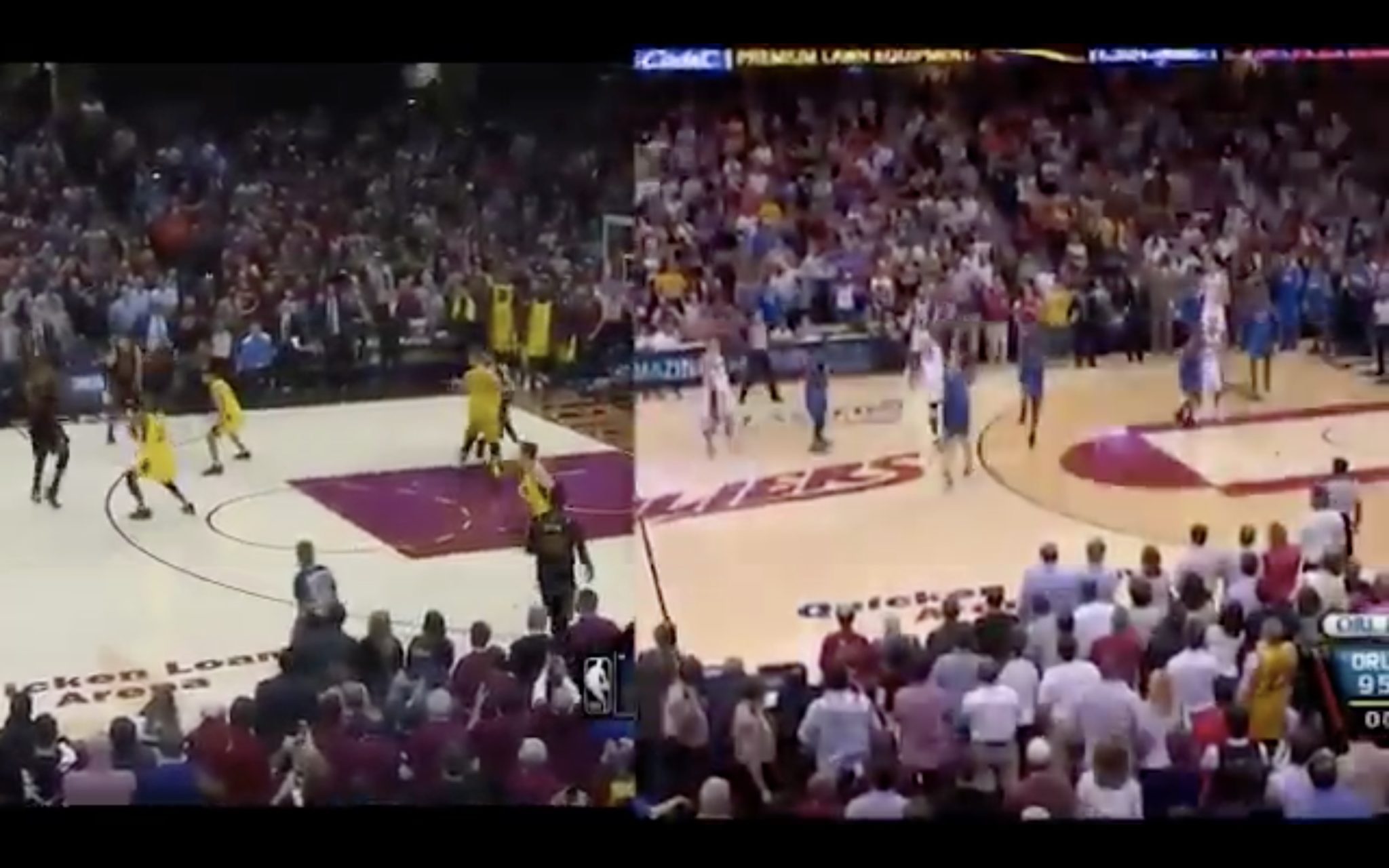 LeBron James is one of the greatest basketball players ever, and he displays it night in and night out. From his countless game-winners to his rise in seemingly every single statical category, nothing should surprise when it comes to James, and yet Wednesday night provided more magic.

With the game tied at 95 apiece with just three seconds to go, James caught the ball, took a couple of dribbles towards the top of the key, rose up, and knocked down the game-winning three-pointer. The walk-off winner for the Cavs gives them a 3-2 lead over the Indiana Pacers with Game 6 on Friday night. James finished with 44 points, 10 rebounds, eight assists, one steal, and one block on 14-24 shooting from the field and 15-15 from the free throw line. Funny enough, James’ first made three-pointer of the night was the game winner.

While the shot was a big one, it actually appeared eerily similar to the playoff game winner he had over the Orlando Magic back in the 2009 Eastern Conference Finals. Not sure you remember it well? Take a look for yourself.

In that game, James finished with 35 points, four rebounds, and five assists on 12-23 shooting and 10-12 from the free throw line. Just like in Wednesday night’s game, James’ game-winning three-pointer was the only one he hit that night. Unfortunately, the Cavs went on to lose that series, so hopefully that won’t be the case and the Cavs advance to the second round.