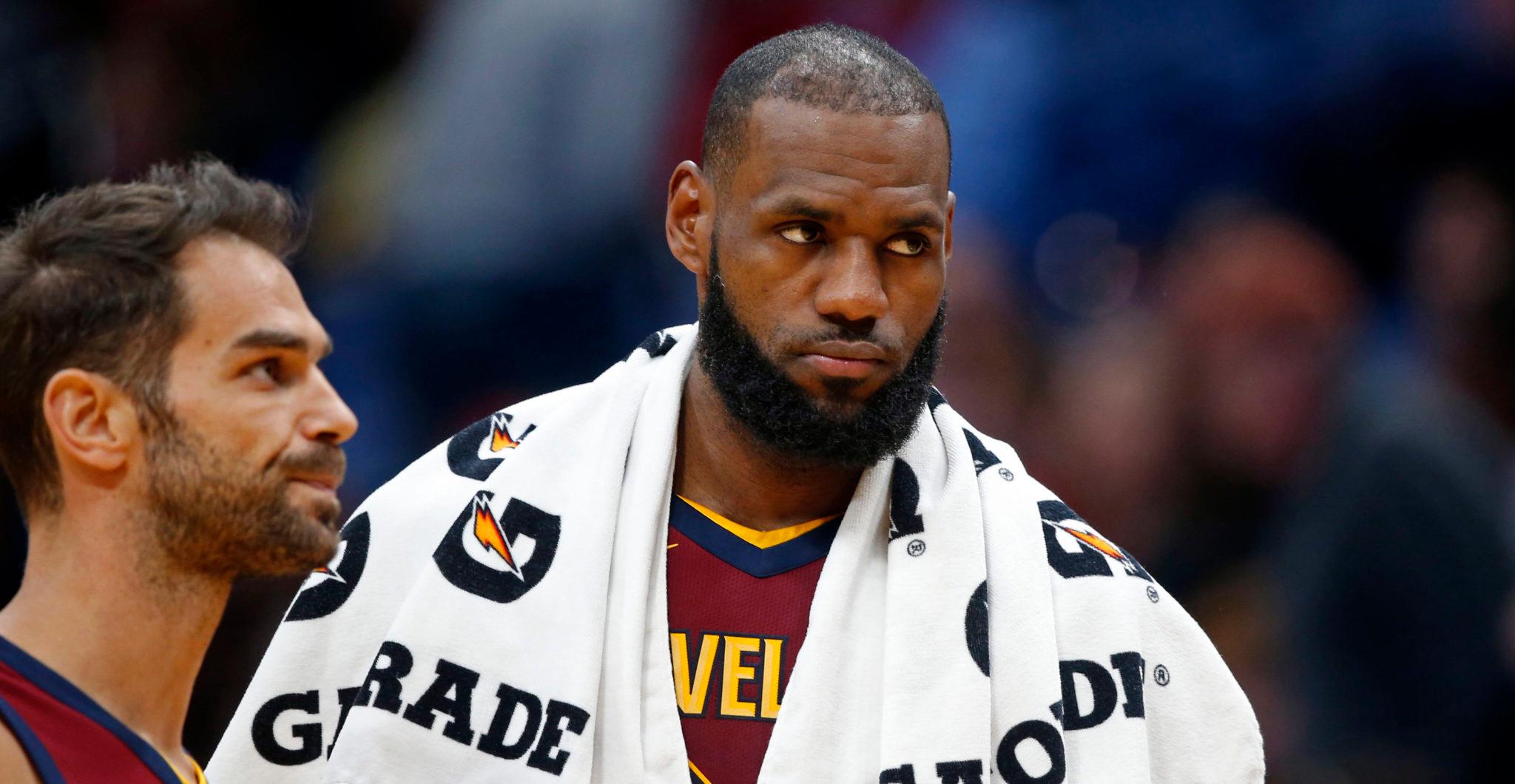 During Cleveland’s 113-91 win over the Chicago Bulls on Monday night, Cavs superstar LeBron James became involved in a back-and-forth exchange with a fan.

Late in Monday night’s game, the Cavs found themselves up by quite a wide margin, so head coach Tyronn Lue decided to pull most of his starting unit to the bench. As James was sat next to Kevin Love and Jae Crowder, the heckling fan began his rant.

“When you gonna stop cryin’?,” the fan said to James. “Where’s your hairline now? You lost Kyrie (Irving). You lost D-Rose (Derrick Rose). You can’t keep a point guard for your life.”

James, who posted 23 points on 9-15 shooting from the field, seven rebounds, six assists and two steals in the win, heard the fan’s remarks and decided to respond. Normally, James doesn’t engage in back-and-forth banter with hecklers. In fact, he’ll often ignore them. This fan, however, seems to have angered the King.

“I hope that ain’t your girl next to you because she’s filming me,” James said in response to the heckling fan.

James and the Cavs, winners of an NBA-best 13 games straight, will be back in action on Friday night when they travel to Indiana for a match-up against the Pacers inside Bankers Life Fieldhouse. Tip-off is scheduled for 7:00 p.m. EST with Fox Sports Ohio and Fox Sports Indiana having live broadcast coverage.